After the failure of the Bahraini workhop, the Trump team is making overtures to the Palestinian president and suggesting the reopening of the Palestinian mission in Washington — but can this be taken serious? 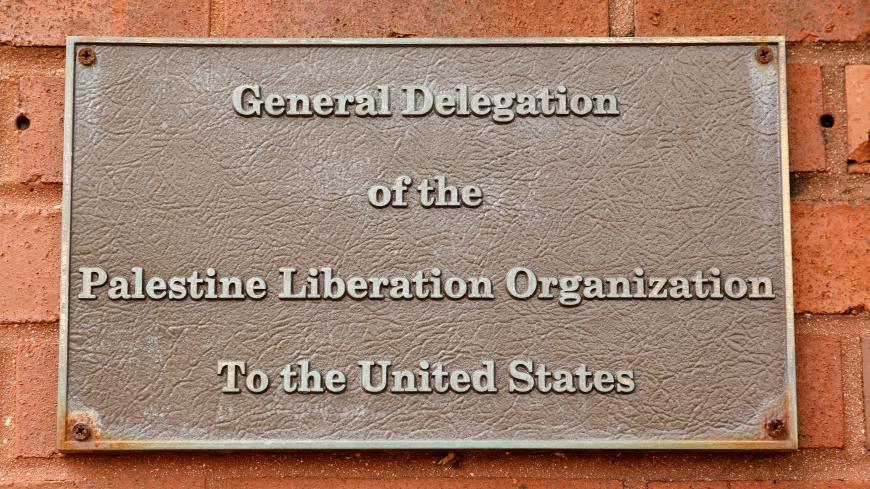 US officials involved in Middle East conflict have been busy of late making overtures to the Palestinians. After the failed Bahrain workshop and the Jerusalem tunnel sledgehammer public relations disaster, officials from the Donald Trump administration have begun a proactive campaign softening their position toward the Palestinians.

It began with the US president’s son-in-law, Jared Kushner, saying President Trump “is very fond” of Palestinian President Mahmoud Abbas. It has also included talk about the possibility of reopening the PLO representative office in Washington.

In a July 7 interview with the pro-PLO daily Al-Ayyam, Trump’s senior adviser Jason Greenblatt conditioned the opening of the PLO office on a return to negotiations. “It is possible to reopen the PLO representative office in Washington DC once they return to negotiations. The PLO office could have stayed open by means of a waiver. We could have signed it if they were involved in the peace process," he said.

Greenblatt, in answer to submitted written questions, told Al-Ayyam, “But President Abbas threatened Israel by going to the International Criminal Court and we had to close it.”

Trump refused to sign what had become an automatic six-month waiver to keep the Palestinian mission in Washington open in September 2018.

Daniel C. Kurtzer, former US ambassador to Egypt and Israel and now an academic at Princeton University, told Al-Monitor that Greenblatt has the process backward. “Greenblatt has it backward: In order to get to negotiations, you have to engage with all the parties. Making such engagement conditional on restarting negotiations is mystifyingly obtuse. If the administration thinks it is important to engage the Palestinians, the smartest thing to do is to allow the Washington office to operate. Period.”

James Zogby, president of the Washington-based Arab American Institute, made the very same comment to Al-Monitor. “Greenblatt has it all backward. It was the Trump administration's embassy move, suspension of Palestinian aid and acquiescence to Israel's aggressive settlement policy that killed the ‘peace process.’ To blame it on the Palestinians is disingenuous at best,” he said.

In Ramallah, Ahmad Deek, senior adviser to Palestinian Foreign Minister Riyad al-Malki, welcomed the US gesture and brushed aside Washington’s conditionality. He told A-Monitor, “The Americans closed the office and they can simply reopen it. And if they do, we will welcome it and consider it a step in the right direction.”

Ziad Khalil Abu Zayyad, Fatah's spokesman for international affairs, also rejected the US conditionality but suggested the need for a further reversal of anti-Palestinian positions. “The relation with the US administration will not be normal again until it retracts its illegal decisions regarding Jerusalem, the right of return and UNRWA [United Nations Relief and Works Agency for Palestine Refugees in the Near East],” he told Al-Monitor from Jerusalem.

Aaron David Miller, peace envoy with both Republican and Democratic administrations and vice president for New Initiatives at the Woodrow Wilson International Center for Scholars, told Al-Monitor that the PLO office was never taken seriously either by Ramallah or Washington. “Still, closing it — like the offer to reopen it if the Palestinians agree to rejoin a nonexistent peace process — was and remains part of a gratuitous pressure campaign that has only undermined US credibility.”

While some have questioned the motives behind the US overtures, Hussein Ibish, a senior resident scholar at the Arab Gulf States Institute in Washington, believes that the overtures are real. “This is a real overture. But that doesn't mean they are suddenly serious about peace. They are not. The goal remains the elimination of the Oslo framework and the land-for-peace, two-state logic,” Ibish told Al-Monitor.

“I think we can be pretty confident that the [US] administration is not prepared to enter into a dialogue on major issues that the Palestinians can seriously engage with. But that doesn't mean that they are just pretending. It is obvious that the Trump administration's ‘maximum pressure’ strategies — where they are applied — like all other high-intensity strategies eventually max out their effectiveness and begin to incur diminishing returns,” he said.

Ali Abunimah, a Palestinian-American activist and co-founder of The Electronic Intifada, believes that the Americans miscalculated severely. “Just because the Palestinian Authority [PA] leadership capitulated in the past, they thought it would again,” he told Al-Monitor. “Nothing the US administration does with respect to the Palestinians is in good faith.”

Abunimah noted, “If the United States wants to reopen the PA office in Washington in order to entice the Abbas leadership in its so-called peace process, then it is for the ultimate purpose of having the PA sign a total surrender of Palestinian rights.”

It is clear that the Americans have overplayed their hands with the Palestinians and are looking for ways to climb down the tree that they have unilaterally climbed. Instead of applying pressure on the Israelis, they are offering American political crumbs to reverse actions of their own making, and even that is being done with conditions. The Palestinians are certainly eager for peace and talks, but the absence of a political framework and the American-only dictates of refurbished Israeli offers will certainly not entice any Palestinian to return to the negotiating table.