Intel: What's next for US-Iran tensions after drone downing

Tensions between the United States and Iran escalated further as both sides confirmed that Iran shot down a US military drone today. 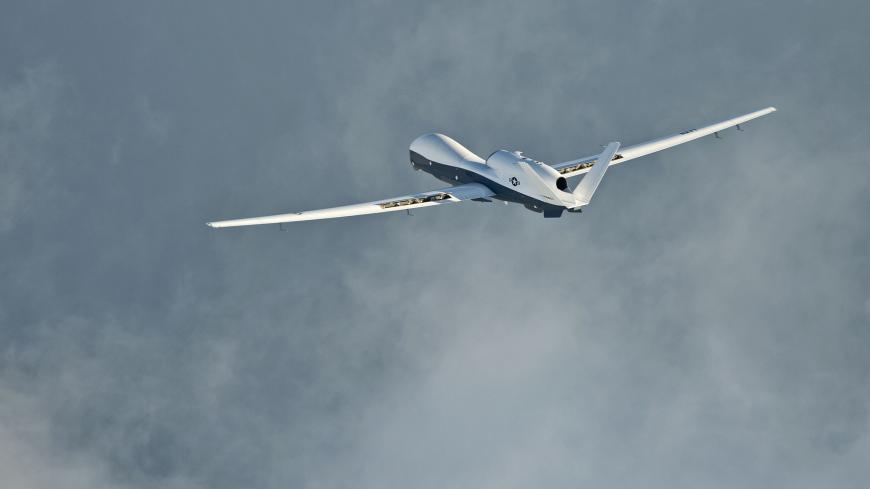 Tensions between the United States and Iran escalated further as both sides confirmed that Iran shot down a US military drone today, aggravating worries of a direct conflict between the long-time adversaries.

US military officials confirmed that an Iranian surface-to-air missile shot down an unmanned naval surveillance drone in a southern coastal area along the Strait of Hormuz. The Iran Revolutionary Guard Corps (IRGC) insisted the “intruding spy drone” had violated Iran’s airspace and fell into Iran’s territorial waters. IRGC chief Maj. Gen. Hossein Salami characterized Iran’s action as a warning to Washington and said that while his country did not want to go to war against the United States, it was “completely and totally ready and prepared for war.” A spokesman for the US Central Command denied the drone had violated Iran’s airspace and called the attack “unprovoked.”

President Donald Trump upped the ante in a tweet: “Iran made a very big mistake!” he tweeted.

Why it matters: The incident comes amid a stewing standoff in the Persian Gulf where Japanese and Norwegian oil tankers have been struck in recent days. Crude prices jumped by 3% today hitting close to $64 per barrel, Reuters reported.

The Trump administration insists the attacks — in what is one of the world’s busiest shipping lanes — were carried out by Iran. On Monday, Washington announced its decision to deploy 1,000 additional US troops and equipment to the Middle East in response to what it described as “hostile behavior” by Iran. Relations between the two countries have sharply deteriorated since May 2018 when Trump announced the United States was walking out of the 2015 nuclear deal with Iran and reimposed devastating sanctions on the Islamic Republic.

Iran’s moderate President Hassan Rouhani, who signed the nuclear deal, has been feeling the heat ever since and said last month that his government would “reduce its commitments” to the nuclear accord without fully pulling out. This week, Iran announced that it would be resuming its nuclear enrichment activities but said nothing about scrapping the deal for now.

Who will blink first: The New York Times reported that — in classified briefings in Congress — Secretary of State Mike Pompeo and assorted Pentagon officials had spoken of ties between Iran and al-Qaeda. This has stoked further worries that the administration will try to use the 2001 War Authorization Act to attack Iran and speculation that Trump will seek to leverage tensions with Iran to improve his standings in the run-up to the 2020 presidential race.

Iran’s hard-liners may similarly see an advantage to ratcheting tensions with Washington. They are likely calculating that rather than risk an all-out confrontation, the United States will more likely resort to airstrikes. Iran’s economy is already reeling from the effect of sanctions, so US aggression will simply rally Iranians around the flag. Iran also hopes it will also drive a further wedge between Washington and the European Union, which is scrambling to sustain the nuclear deal.

What’s next: Trump’s hawkish tweets suggest the US administration is ready to remain on the warpath. Sen. Lindsey Graham, R-S.C., who met with the president Thursday morning, said Trump would not be “bullied” into sitting down with the Iranians, nor would he lift sanctions. The EU, Russia and regional actors like Oman will undoubtedly weigh in to calm the waters, but others like Israel and Saudi Arabia could egg the president on. Iran meanwhile filed a complaint with the United Nations late Thursday of the drone's alleged violation of its airspace. What is crystal clear is that with every new escalation, the risk of military confrontation grows.

Know more: Learn about how the Democrats are resisting military action against Iran, and check out Al-Monitor's coverage of the Middle East records for 2020 Democratic presidential contenders.