After 50 years, Israel opens up 'Land of the Monasteries’

Israel was late in recognizing the potential of the Qasr al-Yahud site, but it hopes to do better now that the region is cleared of landmines and will open to the public. 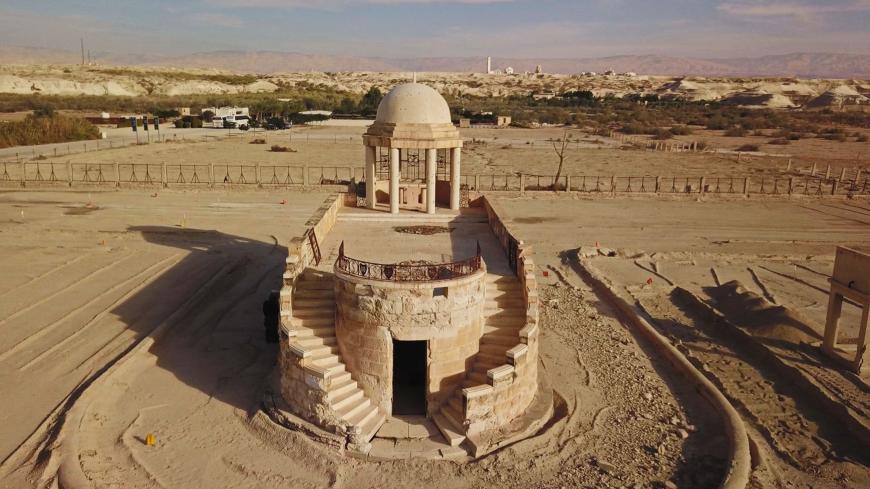 A Franciscan monastery at the Qasr al-Yahud baptism site on the Jordan River, Israel. - Land of Monasteries

Hundreds of thousands of Christian pilgrims visit the Holy Land every year and make the journey to the Qasr al-Yahud baptism site on the Jordan River. They will soon have a fascinating new religious attraction to add to their itineraries. The seven nearby monasteries, which were shut down and abandoned for five decades, will be opening their doors to the general public and become lively visitor centers. Over the past two years, Israel's Ministry of Defense worked together with civilian companies to clear thousands of landmines from a 1,000-dunam (approximately 250-acre) expanse, commonly known as “the Land of the Monasteries.”

Up until the 1967 Six-Day War, this stretch of land was under Jordanian control. At the time, it was home to seven very active and lively monasteries, including the Monastery of John the Baptist, which dates back to the end of the fifth century. In the 1967 Six Day War, the Israel Defense Forces (IDF) occupied this area. Since then, the place has been controlled by Israeli authorities and managed specifically by the Israeli Civil Administration. A short while after the war, in 1968, the compound was closed and access was denied due to security considerations and the concern that terrorists might infiltrate the area. In order to protect this new eastern frontier from an armored invasion, the IDF concealed anti-tank mines throughout the regions. The monasteries were mined as well so that terrorists would not be able to hole up in them and fire at Israel.

In 1994, Israel and Jordan signed a peace treaty. Subsequently, the Jordanians enabled Christian pilgrims to perform ritual immersions at the baptism site on the eastern bank of the river, the Jordanian side. But it was only in 2011 that Israel opened the Qasr al-Yahud site on its side for free entry. Until then, entrance was possible only after submitting special requests. Because of its location near the border, and despite the 1994 peace treaty, the compound was considered by Israeli authorities a closed military zone. In fact, the Jordan River (whose width does not exceed 10 meters) served and still constitutes the physical borderline between the two countries.

Qasr al-Yahud is a very important site to Jews and Christians alike. According to Jewish tradition, this is where the Children of Israel crossed the Jordan River to enter the Land of Canaan, and where Elijah parted from his disciple Elisha and ascended to Heaven in a chariot of fire. According to Christian tradition, Jesus was baptized across the Jordan River, on its eastern — Jordanian — bank. Still, many pilgrims practice the ritual immersion on the western bank of the river — the Israeli side. The baptism site is considered the third holiest site to much of Christendom, after the Church of the Nativity in Bethlehem and the Church of the Holy Sepulchre in Jerusalem. Over the centuries, additional monasteries, churches and guest houses for pilgrims were built on the western bank of the Jordan River as well, which is how the region got its romantic name — the Land of the Monasteries.

For 50 years, the place was packed with landmines and entry was forbidden, but no more. Very soon, the whole compound, including all the seven monasteries, will be completely open to visitors. “In my opinion, as far as Israel is concerned, the enormous cost and the security risk that comes with opening such a large area to tourism is worth it all,” Andrei Haddad, who leads groups of Christian pilgrims from Eastern Europe, told Al-Monitor. “For Christians, this is paradise. They can walk there and engage in all sorts of cultural and religious activities. I understand that the churches are about to renovate everything. That will undoubtedly increase the importance of the area,” Haddad said. 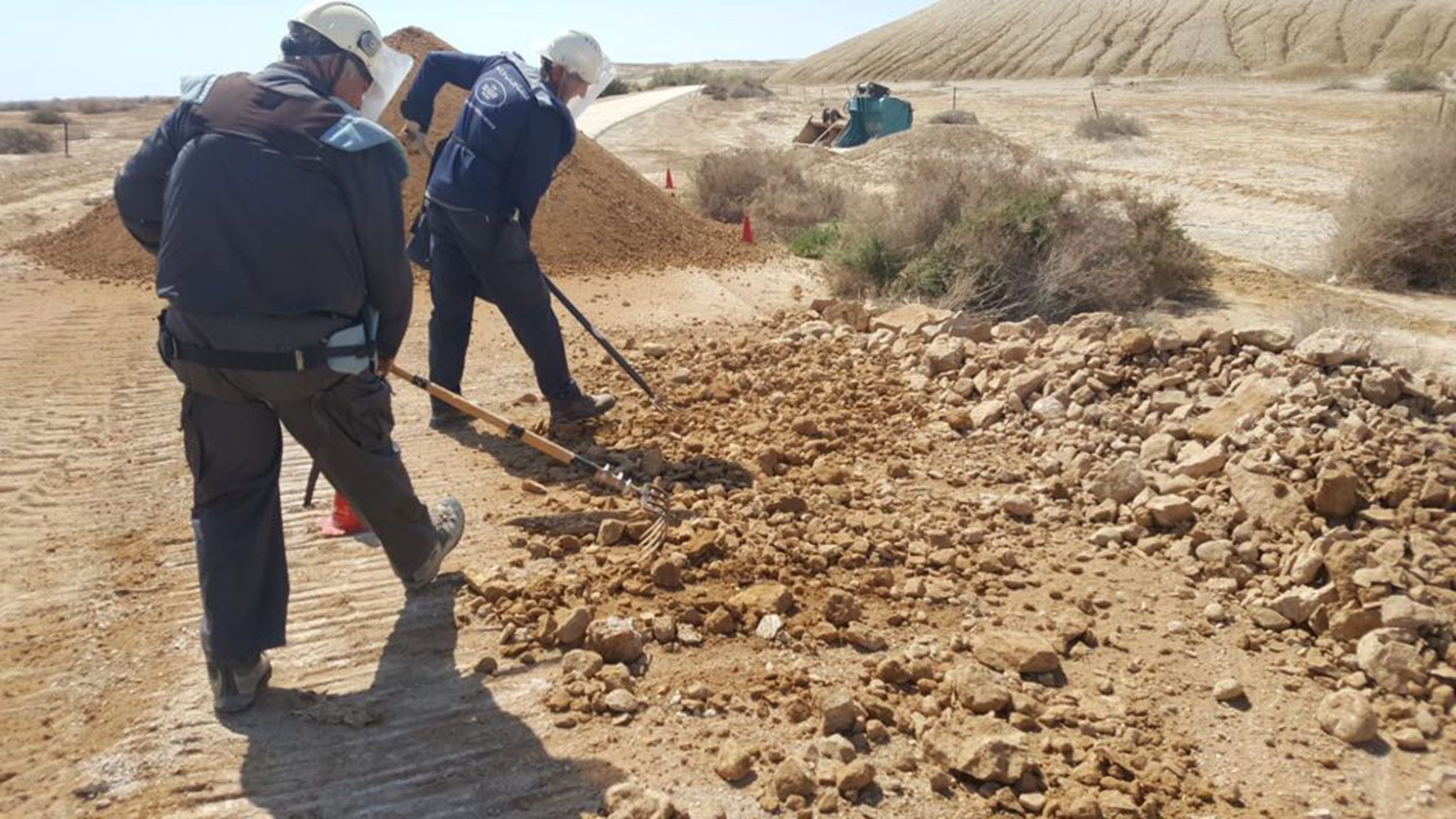 According to Col. Eran Gross, head of the District Coordination and Liaison Office for the Jericho Region, the site will be open and freely accessible during daylight hours but will be closed at night due to security considerations. “As of now, it takes a second to cross the border into Jordan. There is no fence in the water. There already have been cases of people posing as pilgrims undergoing baptism, who tried to cross the border,” he told Al-Monitor. He goes on to say that spontaneous baptism in the Jordan River will not be allowed, except at the specific baptism site. “We do not want to interfere with the natural beauty of the site, so we avoid installing physical obstacles,” he explained. “[We] do not want the visitor feeling like he just entered a military base, but this is a sensitive site by its very nature."

According to him, Israel hopes that opening up the Land of the Monasteries will increase the number of tourists visiting the compound. “Our objective is to strive constantly to improve the site,” he said, adding, “We are engaged in constant dialogue with the heads of the various churches and are preparing to open the Land of the Monasteries by expanding the locker rooms and restrooms at the site. There will be many more sites that are accessible to the disabled, and there will be bike paths, too. We also plan on paving an internal road for a bus that will go from one monastery to the next, and we will expand the baptism ramp leading to the Jordan River.”

“Israel only remembered to do this relatively late in the game, largely in response to similar activities to draw tourists to the Jordanian side,’’ Hannah Bendekovsky of the Jerusalem Center for Jewish-Christian Relations told Al-Monitor. "The Jordanians reopened the baptism site immediately after the peace treaty with Israel, attracting many pilgrims, while Israel realized the potential much later, opening the baptism site only in 2011. Only recently, 25 years after the peace treaty with Jordan, the site has finally been cleared of landmines, and the churches have been returned to their owners, as it was before the Six Day War,” added Bendekovsky.

Opening the site without any complicated bureaucratic procedures damaged Jordan economically. According to Israeli sources, 90% of the Christian pilgrims prefer dipping on the Israeli river bank.

Haddad is convinced that Israel was too late in realizing the potential of Qasr al-Yahud. “The Jordanian monarch acted wisely. He invited the pope to visit the site and granted the churches free land so that they would build enormous structures there. Lots of tourists visit Jordan for that reason only, but I think that opening up the Land of the Monasteries will shift the balance slightly in Israel’s favor," Haddad said.

Despite all this, Bendekovsky is not convinced that the Land of the Monasteries will significantly increase the number of tourists. “I have a hard time seeing what is so special about the Land of the Monasteries,” she said. “The area is full of attractions, which are much more interesting. The Deir Hajla Monastery (Saint Gerassioms) just 2 kilometers away is built around a 1,500-year-old building. Then there is Qarantal (the Mount of Temptation, near Jericho) and the Monastery of St. George, which is built into the side of the cliff. Nevertheless, I think this is extremely important because of the message it sends to the Christian world. Israel is relaying what I think is an important message, even if it isn’t heard enough: The country’s Christian heritage is important to us.”

According to the Ministry of Defense, the monasteries and their courtyards will be cleared of mines by as early as next month. “We had maps of all the mines, but over time they sunk deep into the ground. Getting them out was a very complicated proposition,” Marcel Aviv, director of the Ministry of Defense’s Mine Clearing Authority, told Al-Monitor. Aviv added, “We didn’t take any risks and did everything to ensure that visits to the site are perfectly safe.”

As Israel prepared to hand the buildings back to their Christian owners, Aviv led a group of church leaders to the site in June 2018 for a particularly emotional visit. “It was as if time stopped,” he said, recalling the event. “Back then, everything was abandoned quickly, so the site remained frozen in time for the past 50 years. We found table settings, ritual objects, tiny bells and much more. The leaders of the churches broke down in tears,” Aviv added.

The Qasr al-Yahud site is becoming increasingly popular with pilgrims around the world. Some 400,000 people visited the site in 2016, but according to the Ministry of Defense, the number is expected to rise to 850,000 by the end of 2019.

“The Holy Land is very important to Christians around the world, and a visit to the country is a significant experience for them. But Israel really doesn’t do enough to promote religious tourism,” said Bendekovsky, adding, “Even 850,000 is not a lot, considering the potential. About 4 million tourists visit Israel each year. Most are Christians, yet most of them do not visit Qasr al-Yahud. That’s our fault. The site should be promoted with tourist agents and the heads of tour groups, all in coordination with the various churches. The decision to open up the Land of the Monasteries may yet show that the country is taking a new direction when it comes to Christian tourism.”