Despite of his history of diplomatic and security missteps, Prime Minister Benjamin Netanyahu is considering appointing Communications Minister Ayoub Kara to the extremely sensitive position of ambassador to Egypt. 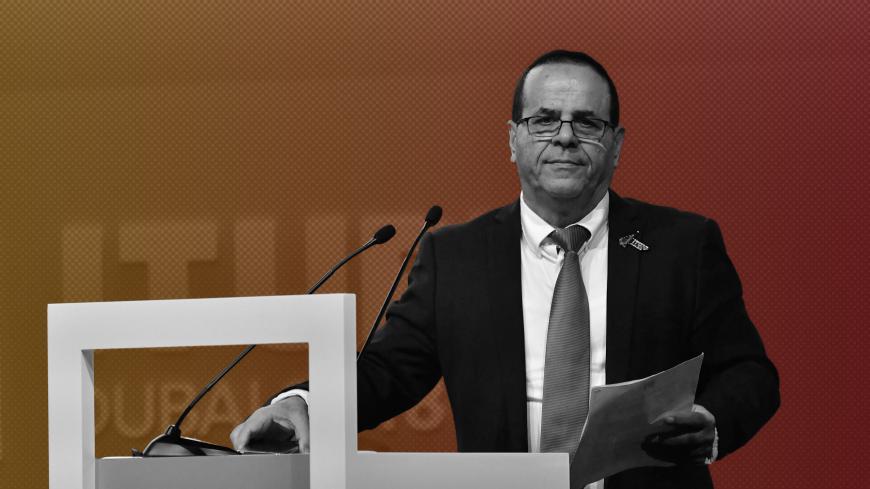 Prime Minister Benjamin Netanyahu plans to appoint Communications Minister Ayoub Kara as Israel’s ambassador to Egypt. In the February Likud primaries, Kara came in 39th on the party’s list of candidates for the April Knesset elections. Since the Likud won only 35 seats in the legislature, Kara was left out. He claimed he had been the victim of an internal hit job.

Now Netanyahu appears determined to not only compensate Kara but also appease members of his Druze community, which is furious at Netanyahu over the nationality law he pushed through the Knesset last year. The Druze serve in Israel’s army but the nationality law undermines their equal rights by defining Israel as an exclusively Jewish state. Many disappointed Druze Likud supporters gave their votes to other parties in the April 9 elections. In the Druze town of Daliyat al-Karmel, for example, 7.79% voted for the Likud in the 2015 elections, but only 2.65% did so this year.

But if Netanyahu thinks naming Kara ambassador will bring Druze voters back to the Likud ahead of the September elections, he may be in for a disappointment. Kara, then a Knesset member, actually voted for the nationality law last year, and Netanyahu even sent him to explain its importance. “The nationality law does not harm the Druze,” Kara declared in July 2018, angering his fellow Druze, who accused him of currying favor with Netanyahu in order to improve his standing within the ruling party.

On May 8, Kara was sent to represent the government at the annual Remembrance Day ceremony in the military cemetery of the Druze town of Usfiya. Bereaved families walked out of the ceremony in protest. However, this is hardly the only problem with Kara. He is an object of ridicule among many in the Likud and outside it and called “the clown,” an unflattering sobriquet that he came by deservedly.

Following the April 2015 elections, when Kara realized that Netanyahu did not intend to name him a minister in his government, Kara complained of chest pain and was taken to the hospital. Netanyahu subsequently named him a minister without portfolio, and two years later gave him the Communications Ministry. Netanyahu himself was forced to give up the communications portfolio when allegations of corruption surfaced stemming from his alleged involvement in criminal wrongdoing.

However, it is not these incidents that disqualify Kara for the important role of Israel’s ambassador to Egypt. Kara just happens to be the most unfit person for the job in one of the most important countries to Israel’s foreign relations. Given the complex relationship with its neighbor to the south and a hostile Egyptian public that opposes normalizing relations with Israel, its ambassador in Cairo must be able to keep a low profile.

In 2017, Israeli Ambassador David Govrin and his staff were pulled out of Cairo following threats on their lives. Ever since an Egyptian mob surrounded the embassy in September 2011, threatening to burn down the building and its occupants, the embassy team has been under orders by Israel’s security forces to work in Cairo on a limited basis. The staff therefore travels to Cairo for one to three days a week and returns home.

One wrong word, one small mistake, and the result could be a diplomatic crisis at best or create a real danger to the embassy staff in the worst case.

Kara’s resume contains a long list of diplomatic incidents and embarrassing statements that attest to lapses in judgment and explain why the only Druze minister in the Israeli government is hardly a source of pride to his community.

In February 2017, Kara was interviewed at a cultural event in the southern town of Beersheba, where he informed the surprised interviewer that the army had a robot for fighting the heads of the Hamas organization in Gaza. The robot, according to Kara, would “identify them from afar … and take them out.” He went on to say that the same fate awaits Hezbollah leader Hassan Nasrallah in Lebanon. Asked whether enemy fire could disable the robot before it carries out its mission, the minister answered: “It cannot be damaged because it is made of special material, and it can go down into the tunnels used by Hamas to infiltrate Israel and chase after these rats that are underground and eliminate them. It doesn’t return without destroying them.”

There is more to Kara’s ineptitude for the ambassadorial appointment than gaffes or fantasies. In November 2016, Kara disclosed a serious security-related affair that was and remains under a court gag order. The disclosure of the case by Kara, then deputy minister of regional cooperation, endangered lives. When he came under fire for his irresponsible bid to make headlines, Kara retorted that he was being persecuted because he was not Jewish.

Some of Kara’s pronouncements have resulted in diplomatic crises. In June 2016, the Foreign Ministry received an official demarche from the Moroccan government over Kara’s meeting with a representative of Western Sahara. Kara met him at the inauguration of the president of Uruguay, and according to Foreign Ministry sources, he promised the man that Israel would establish diplomatic relations with the local leadership of the disputed territory. Kara also walked around a certain other event boasting of clandestine Israeli contacts with Saudi Arabia.

In November 2018, Al-Monitor's Ben Caspit reported on another embarrassing incident. Kara arrived at an international communications conference in Dubai and caused an uproar by demanding to host his friend, Israeli business executive and Likud party activist Moshe Indig. Dubai’s security forces, still under the powerful impression of an alleged 2010 Mossad assassination of Hamas arms supplier Mahmoud al-Mabhouh in the United Arab Emirates, according to foreign news reports, were concerned that Kara might have brought Indig along to carry out another assassination. On their way back to Israel, the authorities detained Kara’s party at the airport, where Kara attempted to leave them while he himself fled with his bodyguard. Had it not been for the intervention of his chief of staff, Shirley Schiff, Kara would have taken off and left his staff to be questioned by the authorities over his dealings.

From Dubai we skip to Italy. Kara arrived on a 2016 visit to the Vatican at the head of an Israeli delegation. After meeting with Pope Francis and while heading to his next meeting, an earthquake shook Italy. The braggart minister issued an absurd statement calling the earthquake divine retribution for Italy’s abstention in the vote on a UNESCO resolution recognizing the Western Wall as a religious Muslim site. Israel’s Foreign Ministry was obliged to issue a condemnation of his remarks to avert a crisis with Italy on the eve of a visit by Italy’s President Sergio Mattarella.

After failing to be elected to the 21st Knesset, Kara threatened that if Netanyahu doesn't name him to a senior post in Israel, he will consider “tempting offers from foreign governments.” This is the man the prime minister wishes to appoint ambassador in perhaps Israel's most sensitive and complex posting.