Japan's prime minister is in Tehran for what is widely seen as an attempt to calm escalating US-Iran tensions, but few people there expect miracles. 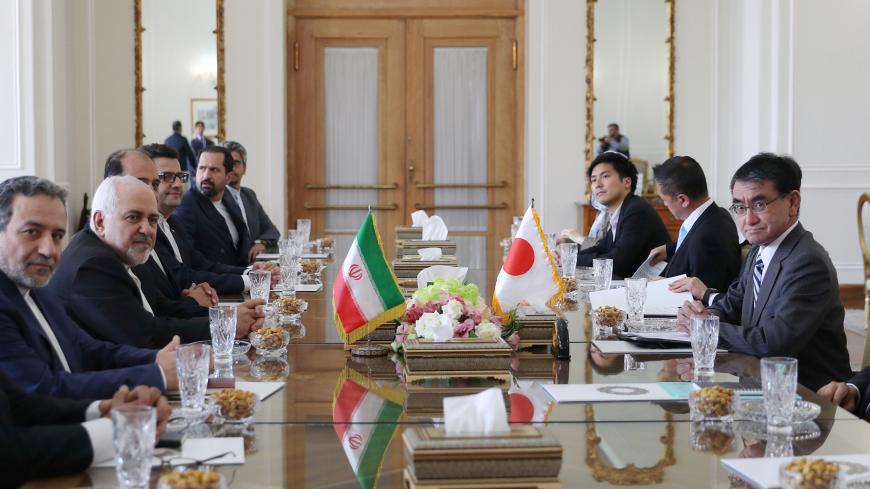 Not a day has gone by during the past two weeks in Iran without speculation about the Japanese premier's visit to Tehran and the agenda of his talks with Iran's leadership. The speculation has been fueled by reports that US President Donald Trump, during his May 27 trip to Tokyo, had embraced Shinzo Abe's offer to help alleviate the tensions between Tehran and Washington that have reached alarming levels.

There has been no confirmation from Islamic Republic officials, who assert that the visit had been in the making long before Trump's presser in Tokyo. Also, before boarding his plane from the Japanese capital, Abe told reporters that his country sought to play a role in regional "peace and stability," making no direct reference to mediation plans.

Nevertheless, the Iranian press has no such reservations and continues to push theories. "Regardless of all speculation, what matters is the timing, as the trip occurs in the midst of the maximum US pressure policy being implemented against Tehran," reported pro-Reform Etemad, describing the visit as "Japanese opportunity." Yet in a separate editorial, the paper expressed pessimism about Japan's capacity to be a powerful and independent mediator in any international crisis. The article reduced Japan's role to that of a "messenger," stressing that not much should be expected from Tokyo, a major ally of Washington in Asia.

Abe's trip marks the first time the Islamic Republic has hosted a Japanese premier. But his father, Foreign Minister Shintaro Abe, visited in 1983, when Iran and neighboring Iraq were fighting a devastating war. Shintaro Abe proposed a package for peace that urged the two sides to keep their fire away from the Persian Gulf. Although his effort failed to put an end to the bloodshed, some Iranians are now hoping that the "father-and-son diplomacy" may prove workable at last.

In addition to sitting down with President Hassan Rouhani during the important two-day visit, Abe will exchange views with Iran's Supreme Leader Ayatollah Ali Khamenei, the man who maintains the final say over any policy shift.

According to Reformist-minded Arman, the Japanese premier could present a package of proposals. But the paper quoted a Japanese Embassy official in Tehran as saying that he could neither confirm nor deny the idea. Ebtekar, another Reformist daily, took pride in the fact that Iran has sparked a competition between the "West and the East," with each trying to win mediation between Tehran and Washington.

Iran's hard-liners have unwaveringly opposed any form of talks whatsoever with the US government, known among them as the "Great Satan." Javan, which is owned by the Islamic Revolutionary Guard Corps, argued that Abe's trip will bear fruit only if it focuses on bilateral ties and excludes the United States entirely.

Iran's entire political spectrum apparently agrees that the Japanese leader can offer no miracles, and some wonder if he can help at all. A true mediator between Iran and the United States, according to conservative paper Khorasan, must be able to convince the latter to return to the 2015 nuclear deal, which it scrapped, and lift the draconian sanctions it reimposed on Tehran afterward. "But given the deep ideological and foreign policy differences between Iran and the US, that [change] is an impossibility," the paper reported, concluding, "If Trump sincerely sought a mediator, he would have not added to Iran's sanctions by banning the country's petrochemical industry on the eve of Abe's visit."