A visit by Iran's president to Japan is being finalized as Tokyo intensifies mediation efforts in search of a settlement to Tehran-Washington tensions and an end to the stalemate over the Iran nuclear deal. 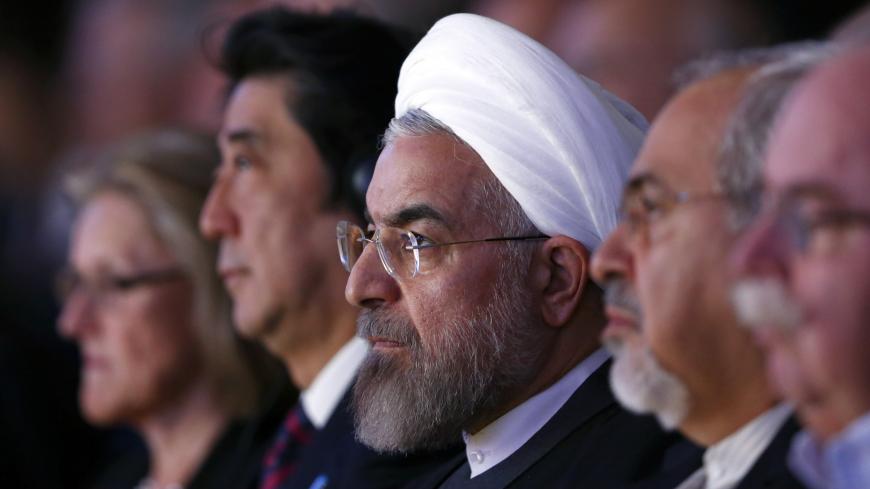 Iranian and Japanese officials are reportedly finalizing the arrangements for a visit by President Hassan Rouhani to Japan. The host, Prime Minister Shinzo Abe, has been leading a mediation drive aimed at resolving all-time-high tensions between Washington and Tehran over the Iran nuclear deal, also known as the Joint Comprehensive Plan of Action (JCPOA).

Without specifying a date, Abe said earlier this week that Rouhani's trip was being deliberated. However, the Japanese press is reporting that the visit could happen as early as Dec. 20. Also, according to diplomatic sources in Tokyo, following talks with the White House, Abe has received the go-ahead to sit down with Rouhani but has been asked to communicate the summit details.

"The news that the Americans gave the green light to the Rouhani trip to Japan has been covered by a pro-Rouhani outlet as an achievement. … How humiliating!" tweeted Abdollah Ganji, the editor of the hard-line Javan newspaper, which has been a staunch critic of the Rouhani government's engagement with the West.

Only last week, Iran's Deputy Foreign Minister Abbas Araghchi was in the Japanese capital to relay Rouhani's message, including his willingness for a Tokyo visit at an early date.

Back in June, the Japanese prime minister began his mediation in Tehran, where he sat down with Supreme Leader Ayatollah Ali Khamenei, the man who holds the final authority over Iran's key foreign policy decisions. US President Donald "Trump does not deserve any message and I have none to reply for him," Khamenei told the messenger.

Rouhani is now making the trip six months after that outright rejection, at a critical moment for the JCPOA as well as for the Iranian economy. Since Abe' visit, Iran's talks with the European signatories to save the JCPOA have not been promising. Frustrated by the lack of the benefits it was expecting to heap from the accord, the Islamic Republic has during the same period taken one step after another away from the commitments it had pledged under the deal.

At home, the Iranian government is also feeling the strains of the reimposed US economic sanctions, which have dramatically reduced the revenue from its lifeline oil industry and have started to drain its foreign currency cash reserves.

Passed on to ordinary Iranians in the form of gasoline price hikes, the same economic pressure sparked days of violent protests that rocked some 100 cities last month. The anger met a government clampdown that culminated in numerous deaths, arrests and a nationwide internet blackout.

Rouhani, who was elected twice on a platform of greater civil rights and a promise to shepherd the country into a new era of prosperity, appeared to be risking his popularity during televised remarks, with harsh words for protesters in the immediate aftermath of the unrest.

His approach was slammed in a statement released by a group of 160 Iranian lawyers Dec. 11. "With unconventional rhetoric such as warning the protesters that they will be identified through surveillance cameras … [Rouhani] added insult to the injuries of the Iranian people," the lawyers wrote.

Days ahead of the Rouhani visit to the Japanese capital and as a sign that the fury is far from over, some Iranians have started calling on others to flood the Japanese premier's social media pages with pictures and videos that have been trending since the unrest rattled the country.