Iran’s central bank is increasingly closing loopholes in the country’s payment system that allowed for destabilization of the monetary and foreign currency markets. 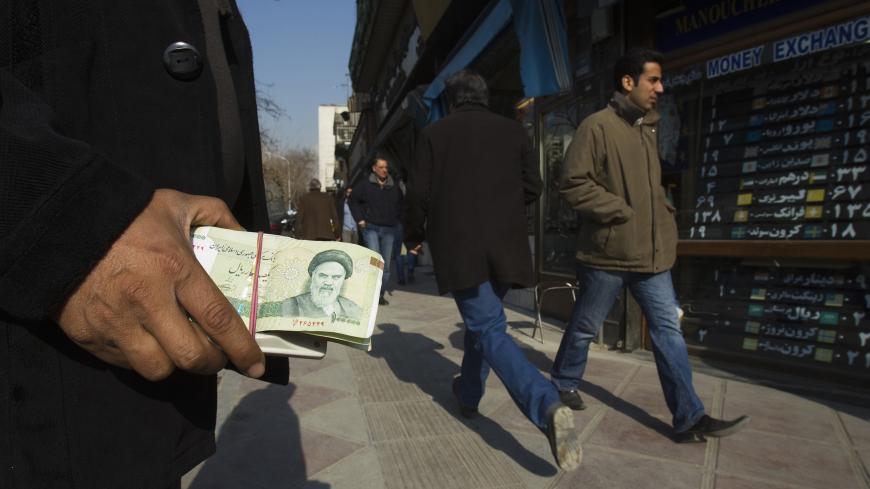 It is becoming increasingly vital in Iran, with its economy squeezed by US sanctions, to strike a semblance of financial stability. With that in mind, the Central Bank of Iran (CBI) has in recent months started implementing a series of measures in the country’s payment systems to better manage the monetary and foreign currency markets.

The new measures, which reportedly take aim at both card-present and card-not-present transactions, are hoped to increase transparency, combat money laundering and fraud, and strengthen the national currency. They are being realized under CBI Governor Abdolnaser Hemmati.

Hemmati has adopted a more active and independent approach compared to his predecessor Valiollah Seif. The former governor was fired in late July 2018 for mismanaging a currency crisis that formed on back of US sanctions, which were reimposed after President Donald Trump unilaterally withdrew from Iran’s 2015 nuclear deal with world powers. Iran’s national currency, the rial, lost more than 60% of its value in 2018 but has relatively stabilized in recent months.

Toward the end of the previous Iranian year in March, the CBI started blocking point-of-sale (POS) devices that were issued inside Iran but were being utilized outside the country’s borders.

Over the past few years, thousands of Iranian POS devices that were connected to Shetab, the country’s main banking payment system, have been taken out of Iranian borders and into neighboring countries, including Iraq, Afghanistan, Turkey, the UAE, Georgia, Armenia and even Canada. In many instances, they were used to purchase foreign currency banknotes, a move that contributed to destabilizing the local foreign currency market.

As announced on June 9 by Shaparak, the CBI-affiliated entity in charge of the country’s payment systems, a total of 1,304 illegal offshore POS devices were identified and blocked in collaboration with payment service provider firms during the final months of the previous Iranian year.

“In accordance with international laws, CBI is absolutely right to do this since the laws dictate that devices processing payments are prohibited from accepting or dealing with anything other than the country’s base currency,” an Iranian payment systems expert told Al-Monitor on condition of anonymity. “If anything, it is questionable why the regulator had so far closed its eyes to this, since it’s a move that can counter money laundering and illegal flow of foreign currencies.”

The limit of 500 million rials was initially proposed years ago and was even communicated by CBI to the banking system more than four years ago. But the banking system resisted its implementation since people conducting those transactions are usually major customers whose loss would be significant for the cash-strapped banks. However, in the first two months after the limits were implemented last year, transactions worth 500 million rials or higher saw a 15.5% decline, ​Shaparak CEO Mohsen Qaderi said.

The limits are complementary measures to cement the effects of limiting POS devices. After the POS devices were prohibited from being used outside Iranian borders, violators would open multiple accounts in different banks to be able to conduct more transactions. The new limits close that loophole. Even though they could technically still use the national ID cards of friends or associates to conduct daily transactions going beyond the set limits, their activities now entail more complications. That is true in terms of the POS devices as well.

Indeed, as the CBI deputy for innovative affairs, Nasser Hakimi, recently admitted in an interview, “Violations like this never come to an end and whatever measure we implement they will find other ways, so moves like these will be a perennial responsibility for the central bank.” He did, however, add without further elaborating that the CBI is creating a profile for each citizen that would boost regulatory supervision.

Last, the director of CBI’s department for payment systems, Davood Mohammad Beigi, announced that the regulator is also striving to block internet payment transactions emanating from outside Iranian borders. “The central bank has stressed to banks and electronic payment firms that transactions using payment instruments, especially internet gateways and POS devices, need to be conducted strictly inside the country and transaction calls from outside the country need to be identified and prevented,” he said, adding that infrastructures being developed with the Ministry of Information and Communications Technology allow for the restrictions to be put in place.

“The central bank can perhaps make access to internet payment gateways more difficult, but I don’t think there will be any definitive solutions for this since violators always find a new way to circumvent restrictions,” the anonymous expert told Al-Monitor.