Iran’s recent move to ban cryptocurrencies is not only far from clear in its scope, but also likely a mere temporary fix amid efforts to combat capital flight. 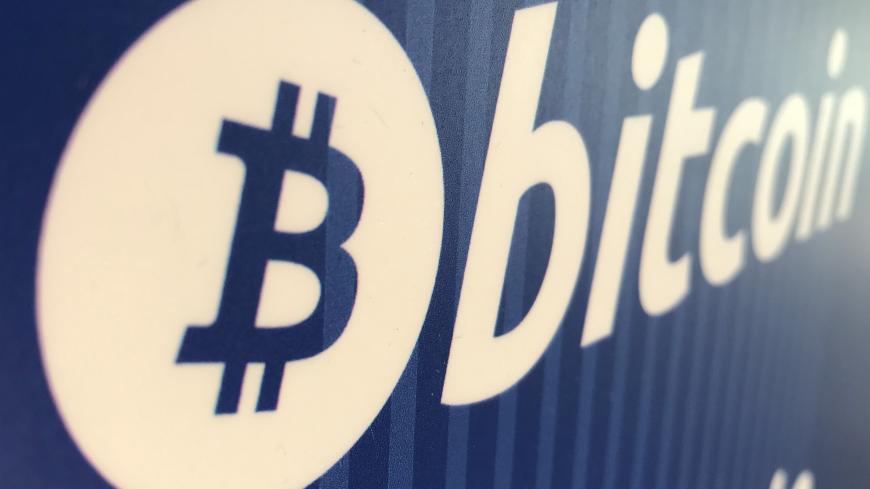 A bitcoin logo is seen on a cryptocurrency ATM in Santa Monica, California, Jan. 4, 2018. - REUTERS/Lucy Nicholson

Last week, Iran joined the growing list of nations to crack down on cryptocurrencies. But why did it choose this approach? Why now? What consequences will it have? As is the case with most things concerning the Iranian economy at present, the ban seems rooted in Iran’s ongoing currency issues.

The Central Bank of Iran (CBI) on April 22 announced through a directive that “all branches and affiliated units of banks, credit institutions and currency exchanges” must refrain from purchasing or selling bitcoin and all other cryptocurrencies and do away with any activities leading to their “facilitation or promotion.” The regulator said it has communicated the directive because cryptocurrencies have the potential to “turn into instruments for money laundering and financing terrorism and to be used by criminals for money transfers.”

On one hand, the wording is to some extent confusing and has prompted some to interpret it as a measure that effectively renders all cryptocurrency activities in Iran illegal and depicts them as exemplifications of money laundering. On the other hand, if it isn’t a comprehensive ban, it leaves room to wonder why it was enforced and what exactly it hopes to achieve.

Iran’s 36 banks and credit institutions and some 700 CBI-licensed currency exchanges did not actively engage in the trade of virtual currencies prior to the directive. However, they have indeed provided the underlying payment structures for the myriad of transactions that were mainly conducted through online cryptocurrency exchanges.

Representatives of several of the most recognized exchanges in Iran stressed to Al-Monitor that the ban only applies to CBI-registered financial institutions and therefore leaves them virtually unaffected. According to Nima Amirshekari, the head of the electronic banking department at the CBI-affiliated Monetary and Banking Research Institute, the ban is mainly rooted in Iran’s currency crisis, which forced the government to unify dual exchange rates on April 10 and still has top-tier officials meeting on a daily basis to carve out the thorny details of its market control package.

“Continued currency pressures were a major reason behind the cryptocurrency ban because the matter of forex [foreign exchange] reserves leaving the country remains a main issue,” he told Al-Monitor.

However, he believes the regulator’s approach to be highly regressive, saying, “When the ability to maintain control over a market is lacking, the easiest way is to just announce a ban.”

Minister of Communications and Information Technology Mohammad Javad Azari Jahromi also confirmed on April 27 that the ban was enforced to "prevent foreign currency flight under the current circumstances of the country."

Amirshekari, a proponent of transparent uses of virtual currencies who has been commenting on them for years, also confirmed to Al-Monitor that the ban does not — at least not yet — include online exchanges, but he points out that it will affect them in that it takes away their legally supported payment channels.

“From now on, sellers will move toward direct card or account transfers that no longer lead to transparent transactions with clear endpoints,” he said, adding that instead of yet another sudden move that is destined to fail in its main mission, the CBI would have been far better advised to introduce constructive regulations through establishing a comprehensive KYC (Know Your Customer) system and setting ceilings for capital flight through cryptocurrencies.

Iran is by no means the first nation to prohibit cryptocurrency use. India and Pakistan made roughly similar moves in early April, but the nature of the CBI’s move becomes further evident when considering that instead of opting for a more open-minded and opportunist approach like the one adopted by the European Union in December, it resorted to a ban that is at best doubted to dent Iranians’ active engagement in cryptocurrency trade.

“Naturally, I don’t like to do something illegal, but I will continue buying bitcoins if I’m left with no other viable option,” said Sepehr, a millennial Tehranian who has been purchasing and using the most popular of cryptocurrencies and a few others for micro payments outside — and inside on a few instances — of Iran’s borders since 2013.

Iranians are bereft of common international methods of payment, including Visa and MasterCard, which can only be bought through websites that purchase them in other countries after taking hefty fees. They also do not have access to direct dollar transactions because of decadeslong US sanctions. As such, they clearly have incentives to turn to virtual currencies.

Amirshekari further pointed to public pessimism about the prospects of currency stability in Iran as another factor driving people — especially the more tech-savvy youth — toward cryptocurrencies.

“People will ask themselves what they should do when they can’t buy dollars,” he said in reference to the current squeeze on the supply of banknotes in Iran’s currency markets, adding, “They will turn to virtual coins because they know the value of their national currency is decreasing."

The CBI’s directive also came as a shock because the regulator had only resorted to warnings before and is set to release a “regulatory framework” on cryptocurrencies in addition to Iran’s very own virtual currency before October.

With other cryptocurrencies effectively out of the picture from a legal standpoint, Iran’s own upcoming virtual currency — first officially announced by Jahromi in a tweet — seemingly remains as the sole focus of the envisioned regulatory document.

In his remarks on April 27, Jahromi also briefly referred to many foreign media reports that liken Iran's virtual currency to that of Venezuela's and the prospects of circumventing US sanctions. He said, "All cryptocurrencies are capable of circumventing sanctions because they are not under supervision of the US financial regulatory apparatus, and this issue naturally exists concerning national virtual currencies as well."

According to Amirshekari, the Monetary and Banking Research Institute has already developed a lab model of the national virtual currency and has conducted mining and transaction tests as part of a pilot program. But that is as far as it has gone up to this point, as no concrete decision has yet been made about some of the currency’s fundamental elements, such as what it will be backed by.

Amirshekari is of the opinion that even in this vein, the CBI’s directive will do more harm than good, because if Iran’s potential virtual currency won’t be exchangeable with common cryptocurrencies, “no supply and demand chains will form” and it will fail to get off the ground.

Last but not least, the ban was also odd in that it was originally ratified on Dec. 30, 2017, by the High Council on Anti-Money Laundering, an entity that, while including the CBI governor, has four ministers as its other members and sits outside the confines of the Central Bank.

All in all, even as the ban seems stark at the moment, one can only hope that it was executed as a temporary fix for an immensely tense period of time and that the government will revoke it in the near future while turning toward more calculated and clear measures — especially as President Hassan Rouhani has run on a platform of promoting transparency.