Egyptians have called for a boycott campaign of Turkish products after the Turkish president accused the Egyptian regime of killing former President Mohammed Morsi. 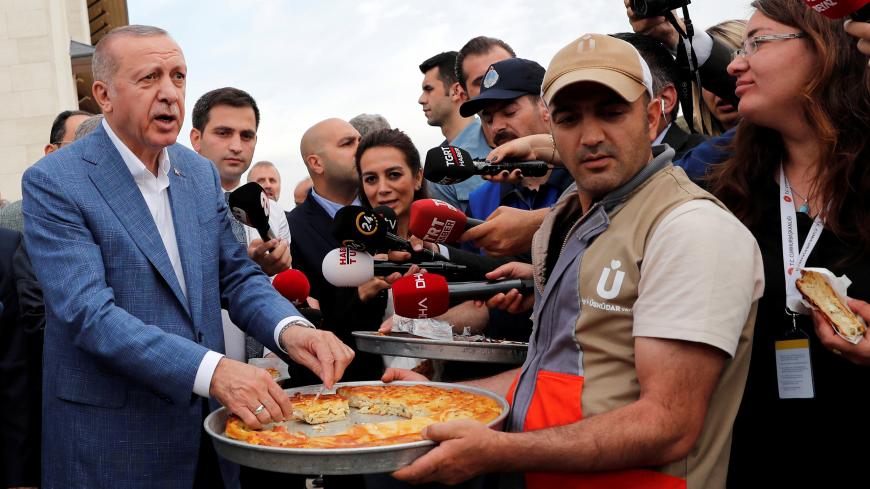 CAIRO — The Free Egyptian Party has called for a boycott of Turkish products in a campaign dubbed “Defend Your Country.” According to the party’s June 19 statement, the campaign came in response to rising Turkish hostility toward Egypt.

On June 17, Morsi, who was also a leader of the Muslim Brotherhood, died of a heart attack in court, minutes after he spoke during his trial for espionage with the Palestinian Hamas movement.

Morsi’s death raised existing tensions between the Turkish and Egyptian regimes. The dispute between the two countries goes back to the events of 2013, when Morsi was ousted following mass protests. Since then, Ankara has been hosting members and leaders of the Brotherhood, which was classified as a terrorist organization over its attacks on the current Egyptian regime.

The Egyptian Ministry of Foreign Affairs condemned the claims of the Turkish president, noting in a June 20 statement, “Erdogan’s statements on Morsi’s death are intrusive and low. They are lies to question the fact that Morsi died of natural causes. … Erdogan’s statements reflect how linked he is to the terrorist Muslim Brotherhood organization.”

When asked about the boycott of Turkish products, the president of the Free Egyptian Party, Essam Khalil, told Al-Monitor, “The party has launched this campaign in response to the Turkish president’s claims about Egypt. It is to confirm that Egyptian people do not accept foreign intervention in their internal affairs or patronizing comments.”

Khalil said that the party will distribute flyers with Egyptian alternatives to Turkish products to support local production. He clarified that the campaign is “not against the Turkish people. It targets Erdogan, who is patronizing Egyptians.” He added, “What would greatly affect Erdogan is targeting his economy especially since all global conflicts are economic at the base.” He noted that the party is working on preparing a file on human rights violations in Turkey under the Erdogan administration to show the world what he is doing to his people.

Egyptian citizen Rania Saad told Al-Monitor, “Turkey’s support for the Muslim Brotherhood is no secret. Things have gotten out of control with the constant attacks on Egypt. I think supporting the boycott would deliver a clear message to the Turkish leadership so that they understand that their policy toward Egypt is being rejected.”

She clarified, “Popular campaigns have great effects sometimes, but they might not greatly shake the Turkish economy at the time.”

Economics professor at Ain Shams University Youmna al-Hamaki told Al-Monitor, “It is better to have an official and a political response to Erdogan’s statements to keep economic ties intact, as they affect both the Egyptian and the Turkish people.” She explained, “There is a free trade agreement between Ankara and Cairo. Turkish investors in Egypt bring in capital to the market, and the economic movement has been improving lately. Moreover, it is impossible to use boycotts as a weapon in today’s global economy.”

Professor of political science at the American University of Cairo Tarek Fahmi told Al-Monitor, “The political issue between Egypt and Turkey is not new, and the Turkish president has always adopted strong discourse against Egypt. There should be other measures to face this. Boycotting Turkish products would not be effective enough.”

Fahmi added, “It is important to distinguish between the political position and other positions. This is what former Turkish Prime Minister Binali Yildirim had stated [in 2016] when he noted that economic ties between the two countries should be improved. There should be an improvement in the political measures required to face the anti-Egyptian Turkish positions. We should not wait for a reaction. We should develop a better Egyptian response that uses media and political tactics.”

Fahmi clarified that just like Ankara welcomes the leadership of the Muslim Brotherhood and terrorist organizations, Cairo could welcome Turkish opposition on its territory to express its opposition to the Turkish regime.