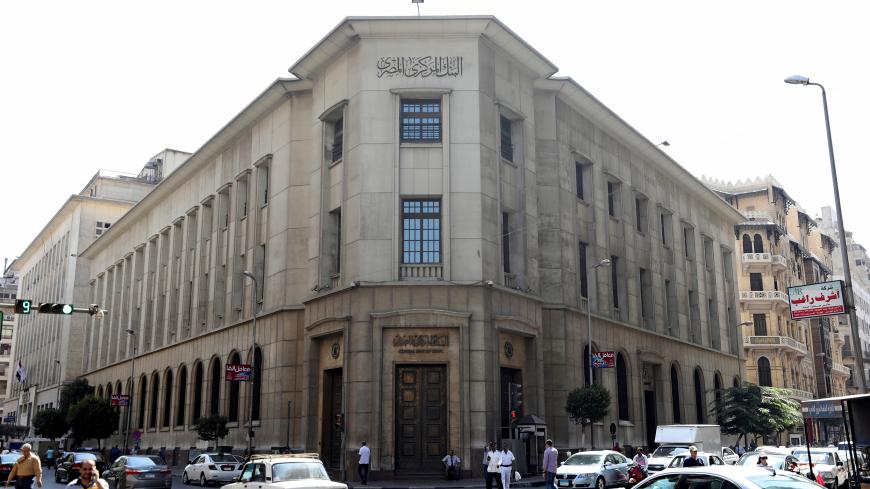 CAIRO — According to Egyptian parliamentarians who spoke with Al-Monitor, the Egyptian parliament is currently considering the Central Bank of Egypt (CBE) draft law, also known as the CBE and banking system law. The new law may raise the minimum capital requirements for banks tenfold.

The state-run Middle East News Agency (MENA) cited a Central Bank official it did not identify as saying the new law raises the amount of capital needed to 5 billion pounds ($294 million) from 500 million ($29 million). Branches of foreign banks will need at least $150 million, up from $50 million.

The official said May 21 this step aims to support lenders’ capital bases in the face of potential risks and enhance their ability to compete with other banks regionally and internationally.

Basant Fahmi, a member of the parliamentarian Economic Affairs Committee, praised the draft law, saying it would enrich the banking sector in Egypt as part of a CBE package of structural reforms.

Fahmi told Al-Monitor the law aims to strengthen the banking system in line with the state’s vision of attracting investments and financing national projects and infrastructure.

Yomn al-Hamaki, a professor of economics at Ain Shams University, told Al-Monitor the new law takes into account the requirements of the Basel IV Committee, which banks are expected to start applying after completing the requirements of Basel III in 2019, in order to improve the efficiency of the banking system.

The Basel Committee on Banking Supervision (BCBS) is an international committee formed to develop standards for banking regulation; it is made up of central bankers from 27 countries and the European Union.

The BCBS has proposed reforms that are designed to make banks more resilient and increase confidence in the banking system. The proposals announced recently — referred to as "Basel IV" — include updates to the ways banks calculate their capital requirements with the aim of making outcomes more comparable across banks globally.

Egypt has 33 banks and five foreign branches, of which only six have paid-in capital bases above the proposed amount.

The draft law exempts banks that carry out specific smaller types of banking with a focus on financing small and medium enterprises to encourage financial technology and offer incentives for tier 2 banks, according to the deputy governor of the Central Bank, Jamal Nagm.

Fahmi said the banking sector is likely to see mergers and acquisitions for small banks that are unable to raise capital to meet the law’s requirements.

Abnoub Magdy, a senior banking analyst at Beltone Financial, expected the rise in bank capital bases to contribute to the impact on the banking sector’s capital adequacy standard.

“Most of the Egyptian banks have high exposure to low-risk investments. We expect an increase in the exposure of banks to risk-weighted assets as a result of the increase in private sector loans, which will affect the capital adequacy. Therefore, the decision to raise the lenders’ capital is important so that they could adjust to the change in the banking environment in the coming period,” Magdy said in a television interview May 27.

The capital adequacy standard is a tool to measure the bank’s solvency, its ability to meet its obligations and address any future losses, in order to protect the banks, depositors and other lenders.

The draft law also provides for the establishment of a fund to support and develop the banking system. The fund’s resources consist of no more than 1% of the annual net profit distributable in banks registered within the CBE.

“In the run-up to the decision to float the pound in 2016, the Central Bank had suffered from exchange companies given a lot of irregularities and violations on part of small companies. It was necessary to create responsible corporate entities. The draft law would push exchange companies to be more committed for fear of closure or having their funds frozen,” Farouk told Al-Monitor.

He expected exchange companies to see a wave of mergers in the coming period to meet the requirement of the law, which still needs to be approved by parliament.

Hamaki praised the decision to create a financial stability committee under the new law, which aims to maintain the stability of the financial system and coordinate efforts to avoid and manage any financial crises if they occur.

The draft law defines the organizational structure of the committee, which would be headed by the prime minister, with the following members: the Central Bank governor, the minister of finance, and the chairman of the Financial Supervisory Authority.

The draft law provides for the reorganization of the CBE Coordinating Council to develop a coordination mechanism between the Central Bank monetary policy and the government’s fiscal policy.

Hamaki praised the move and said it comes to activate the role of the council, whose decisions have not been binding.

Moreover, the law includes a clear definition of e-money and encryption for the first time, while prohibiting the creation or operation of platforms for issuing or trading e-currencies without obtaining the necessary licenses in advance. As per the draft law, the CBE has the right to dictate the rules of these issuances and regulate the dealings with e-money.

Hamaki said the new law came in line with technological advances in financial and banking services.

She said the new law will transfer the Egyptian banking system to be all electronic transactions through the so-called virtual banks.