In the past, locals used to buy only durables in installments. Today, breadwinners buy clothes, schoolbooks, stationery and groceries on credit. 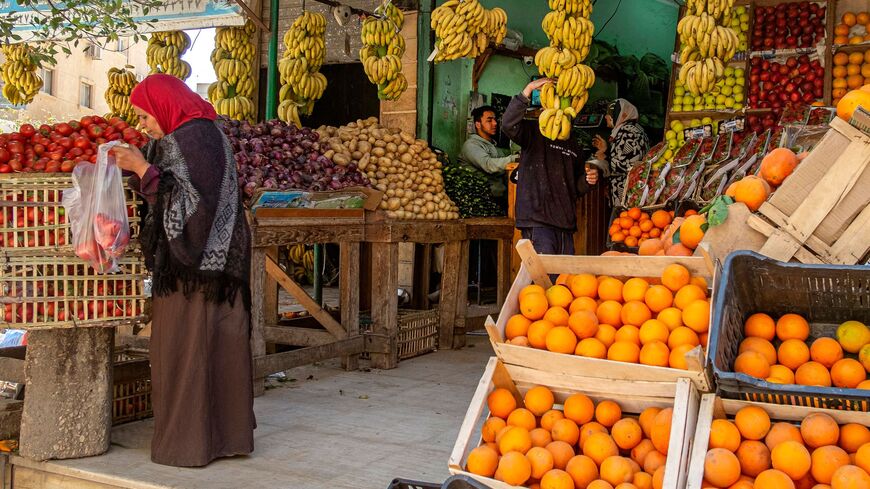 An Egyptian woman shops at a fruit market in Cairo on March 17, 2022. - KHALED DESOUKI/AFP via Getty Images

Consumer finance is on the rise against a backdrop of price hikes in Egypt, where many households are struggling to make ends meet. Consumer finance rose by roughly 7% to 7.32 billion pounds ($374 million) in the second quarter (Q2) of 2022, against 6.84 billion pounds in 2022 Q1, according to data from the state-run Financial Regulatory Authority (FRA).

With inflationary pressures pounding the most populous Arab country’s middle class, Egyptian breadwinners are buying clothes, school books, stationery and groceries on credit. Consumer finance companies are prospering with more and more customers due to high inflation rates that have made it rather hard for many households to buy in cash.

The consumer price index (CPI) rose to 15.3% in August, on an annual basis, up from 14.6% a month earlier, according to data from the state-run Central Agency for Public Mobilization and Statistics (CAPMAS).

Consumer finance is a non-bank finance instrument in which a company provides customers with credit to buy goods or services without receiving deposits.

“Consumer finance is designed to offer people who cannot afford cash purchases of goods or services. According to Law 18/2020, consumers pay the price over some time, a minimum of six months,” lawyer Saad Badawy, head of Badawy Law Firm, told Al-Monitor.

He explained that the law, which was introduced in 2020, is aimed at regulating consumer finance operations and creating firms specialized in this kind of credit.

“The new law is part of measures taken by the government to boost access to finance, which is important for growth and economic development. Credit sales boost domestic aggregate demand. The non-bank credit solutions offer low-cost funding compared to bank loans,” Badawy said pointing out that higher interest rates have driven consumers to buy goods directly from the retailers through consumer financiers away from banks.

Cars and vehicles were valued at 2.49 billion pounds ($127 million), or 34% of consumer finance, in 2022 Q2, according to FRA data. Electrical and electronic devices accounted for 32% of credit sales by the country's 15 licensed consumer funders.

Badawy said although the law has laid out clear-cut regulations to protect consumers and traders, several unauthorized companies and some individuals offer consumer credit, taking advantage of this highly prospering business.

“People should keep away from informal entities that illegally offer their credit services. The law has set up several rules such as solvency, financing caps according to incomes of customers to pay in a bid to minimize risks in case of default,” said Badawy.

Retailers across the country are also offering credit sales on almost everything to sell their idle stock, while consumer financiers are actively persuading customers to get groceries, fruit and other household items on credit.

“My monthly grocery bill is estimated at 5,000 pounds (around $250). I could pay 500 pounds each month for up to two years. I buy now and pay later,” Mohamed Mahrous, a 38-year-old engineer, told Al-Monitor.

“The same applies to medicines, school, college tuition fees, toys and even phone bills. One would just sign a contract with a consumer financier and everything will be covered at a marginal interest rate,” Mahrous said.

“In the past, people used to buy only durables in installments. Nowadays, we literally can get anything on credit, even lunch. Living costs are on the rise. This is a global issue. Prices are going wild everywhere,” he said.

Egyptian anchor Amr Adib warned on Sept. 16 against buying on credit in his TV show “Al Hekaya” ("The Story") on MBC Misr, calling on Egyptians to economize. “Don’t buy anything in installments. If a car is expensive for you, don’t buy it!”

However, for some households, such a tip may be off course.

“It’s not about buying cars or luxury goods. I have to pay school fees for my kids. I cannot under any circumstances get a loan from a bank as it is too expensive. A consumer financier is cheaper and offers easier terms,” Nahed Khalil, a 45-year-old pharmacist, told Al-Monitor.

“The interest rate on my consumer finance averages around 8%, which is cheaper. As a consumer, a bank loan is out of the question,” she said.

The deposit and lending rates currently stand at 11.25% and 12.25% respectively, according to data from the Central Bank of Egypt (CBE).

“Is it logical to get a bank loan to pay for my groceries? It’s hard for families to make a living. We have to survive one way or another,” she added.