How Egyptian public workers will stay warm this winter

An initiative to allow Egyptian public sector employees to buy winter clothes and pay in installments amid soaring prices could revive the stagnating garment sector. 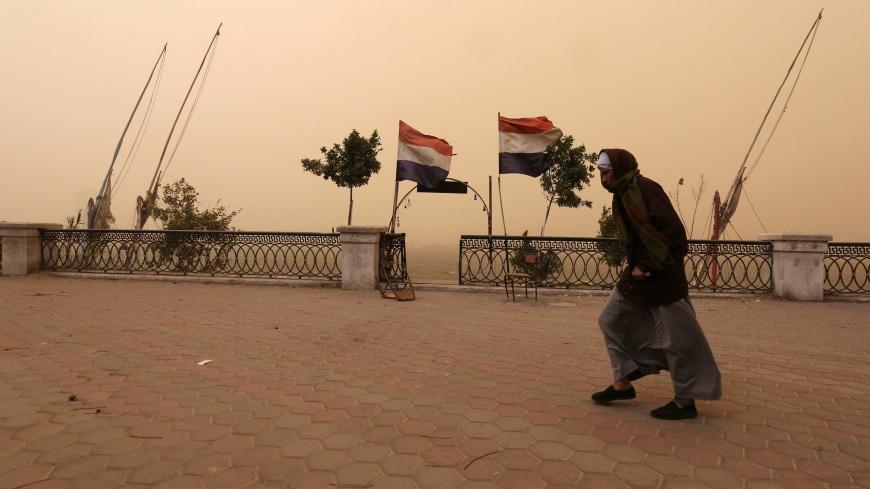 A man walks on a promenade near the Nile River during a sandstorm in Cairo, Egypt, Feb. 11, 2015. - REUTERS/Mohamed Abd El Ghany

CAIRO — The Egyptian Chamber of Apparel & Home Textiles at the Federation of Egyptian Industries launched a new initiative Nov. 11 that allows public sector employees to purchase locally produced winter clothing items and pay in installments over a period of up to five months. The step comes in a bid to alleviate the effects of soaring prices and to break the recession in the winter clothing market after the flotation of the Egyptian pound on Nov. 3, 2016.

Using this method of payment, public sector employees will not be paying interest on winter clothing items, which will be jointly borne by the banks and the shops involved in this initiative. The stores participating in the initiative will post a sign in their windows to let customers know they can pay in installments.

The clothing market witnessed a 100% price rise since the November 2016 flotation decision, which has resulted in customers cutting their purchases. According to estimates reported by Msarawy news website Nov. 22, clothing items for the current winter season increased in price between 10% and 15%.

Expecting the initiative to break the market stagnation, Mohammad Abdul Salam, the head of Egyptian Chamber of Apparel & Home Textiles, told Al-Monitor over the phone, “The initiative aims to break the recession ensuing from the public's reluctance to buy winter clothes after prices rose.”

He said, “Agreements will be reached with banks, whereby consumers will purchase clothes and pay with a credit card without bearing the interest fees. The bank and the seller will jointly bear the interest fees since they believe this process will revive the market.”

Abdul Salam said the Egyptian Chamber of Apparel & Home Textiles “approached the National Bank of Egypt, Bank of Cairo and Banque Misr with the initiative to agree on the interest fees. Two hundred shops and factories welcomed the initiative." He said that as part of the initiative, consumers could buy 1,000 Egyptian pounds ($56) worth of garments using a credit card, and the amount will be paid back to the bank that issued the credit card in five-month installments minus the interest fees.

As for customers who do not have a credit card, he said that the apparel chamber will come up with a method that allows them to pay in installments through an agreement with the shop or the bank by using a coupon or interest-free installment form. He said the price of purchased clothing items could be deducted from the employee's monthly salary, expecting the initiative to be implemented in early 2018.

After the decision to float the pound was implemented, the country witnessed a drop in sales overall, and consumers — particularly those in low-income brackets — increasingly resorted to making purchases in installments. For the first time ever, Tradeline Stores, the authorized distributor of Egypt's Apple products, is allowing consumers to purchase some iPhone models by paying in installments following a steep decline in sales.

In the clothing market, economic stagnation has hit a rate of more than 30% compared with last year’s season, according to estimates by Federation of Egyptian Chambers of Commerce’s garment division. “If implemented, the payment in installments of winter clothing items should eliminate the stagnation,” Abdul Salam said.

Zananiri added, “We target public sector employees only because they receive an income lower than that earned in the private sector. Also, if payment by credit card is not possible, the alternative would be to deduct the monthly installments from these public workers’ salaries without the need for banks.”

According to data published Nov. 9 by the Central Bank of Egypt, the annual inflation rate in Egypt is about 30%. This rate, however, does not apply to fruits and vegetables due to sharp fluctuations in their prices.

However, on Nov. 10, the International Monetary Fund predicted a drop in inflation in Egypt to about 13% by the end of 2017.

Economist Rashad Abdo, the head of the Egyptian Forum for Economic and Strategic Studies, told Al-Monitor, “The high inflation rate has changed the Egyptian consumer’s behavior and priorities. The Egyptian citizen spends about 60% of his income on food. Clothing sales have dropped, prompting [the Egyptian Chamber of Apparel & Home Textiles] to consider the payment by installments system.”

He noted that the initiative would be a success regardless of the improvement rate it will bring, as it will surely revive the stagnating clothing market. Addressing the traders, he said, “To attract customers you must sacrifice and lower your profit margin,” adding that consumers should not pay the interest fees when using the installment method of payment.

“I do not like the idea of buying and paying in installments,” Mustafa Mahmoud, a public employee, told Al-Monitor. “But because of the constant rise in winter clothing prices, I will have to use this method of payment.”

Ramez Gerges, an Egyptian worker, told Al-Monitor he will not pay for clothes in installments as he has other financial obligations such as his car loan. “I will buy clothes only when I have cash and I can afford it. These initiatives are benefiting the traders only,” he said.

Saeid Fathi, another Egyptian worker, agrees with Gerges. “Instead of buying four shirts a year, I only bought two,” he told Al-Monitor. “I do not trust these initiatives.” 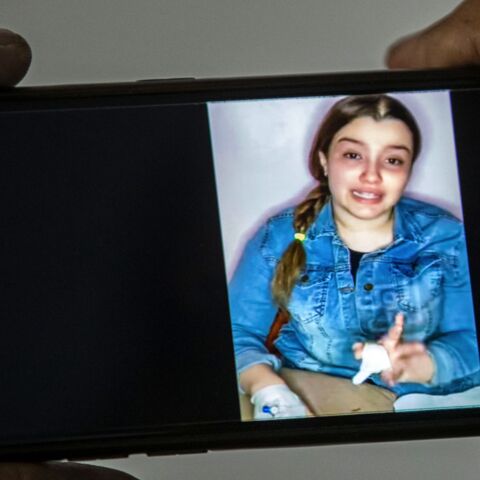 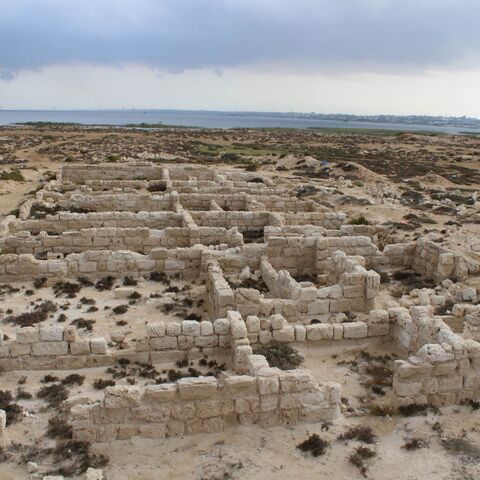