With living expenses rising and temperatures dropping and inflation surging to a five-year high of 18.7%, many Egyptians are looking to buy secondhand clothes at Wekalat al-Balah, Egypt's most famous used clothing market in the center of Cairo 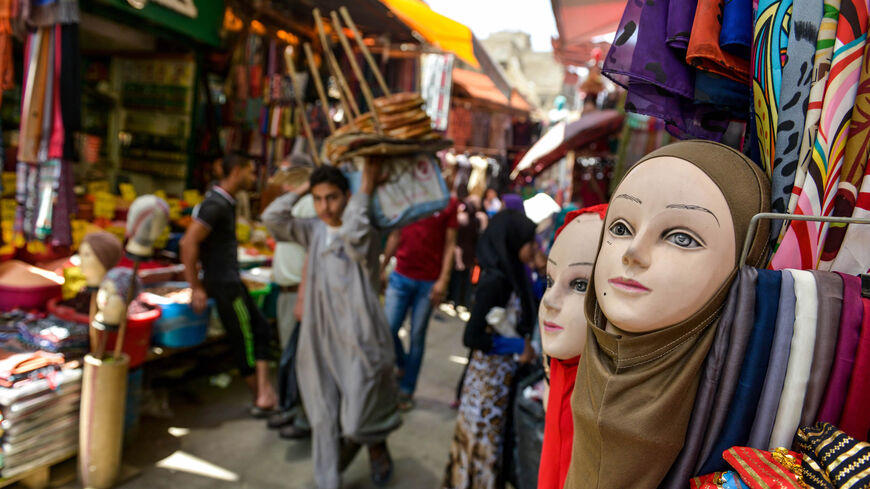 CAIRO — It is 10 a.m. and the market in the center of Cairo is bustling with shoppers looking at the colorful clothes hung orderly on steel racks, while others haggle over prices with sellers, trying to reach a deal that matches the few pounds in their wallets or handbags.

With living expenses rising and temperatures dropping and inflation surging to a five-year high of 18.7% in November, many Egyptians are looking to buy secondhand clothes at Wekalat al-Balah, Egypt's most famous used clothing market in the center of Cairo.

The market, less than a mile from Tahrir Square and opposite the Nile-side Egyptian Foreign Ministry building, boasts hundreds of shops that sell used clothes and shoes, some of them imported from Europe, for a fraction of the price of their brand-new versions.

The once-thriving secondhand clothing import movement from Europe seems to be making a revival.

Secondhand clothing imported from Europe arrives at Port Said, 170 kilometers (106 miles) northeast of Cairo on the Mediterranean, before ending up in the many shops in Wekalat al-Balah.

Shirts, pants, jackets and dresses sell in the market for a few pounds, fitting the budgets of financially struggling Egyptians like Salma Hesham, a schoolteacher who spoke to Al-Monitor after having bought two outfits for 300 Egyptian pounds (roughly $12).

"I could have paid the same amount of money for a shirt from a shop selling new clothes," she said.

Already high commodity prices have been pushed up further by Russia's war on Ukraine, which forced Egypt to devalue the pound twice this year, dwarfing the national currency against the prices of all goods.

The annual urban consumer inflation reached 18.7% in November, the highest in five years, driven by the rise in commodity prices. Many Egyptian households are struggling to make ends meet. According to data from the state-run Financial Regulatory Authority (FRA), Consumer finance rose by roughly 7% to 7.32 billion pounds ($374 million) in the second quarter (Q2) of 2022.

This is why used items — from clothing to shoes, furniture, bed covers, curtains and even doors and windows — are becoming the new normal in Egypt, with Egyptians battling commodity price hikes.

This drives activity up in markets like Wekalat al-Balah, which was established in 1880 and became Cairo's used clothing mecca in the early 1930s.

Market sellers like Mahmud Fawzi notice the surge in market activity and profits as a result. "Our sales have increased by more than 60%," he told Al-Monitor. "Where else will people find such economical items?"

Apart from going for low-priced alternatives, Egyptians with limited income also give up basic needs that have become luxuries at this tough economic time.

Said Sadek, political sociology professor at the American University in Cairo, is amazed by how innovative people become living through difficult times.

"Poverty is not new to Egypt or Egyptians," he told Al-Monitor. "But the way people cope with it is truly admirable."