House ratchets up pressure on Egypt 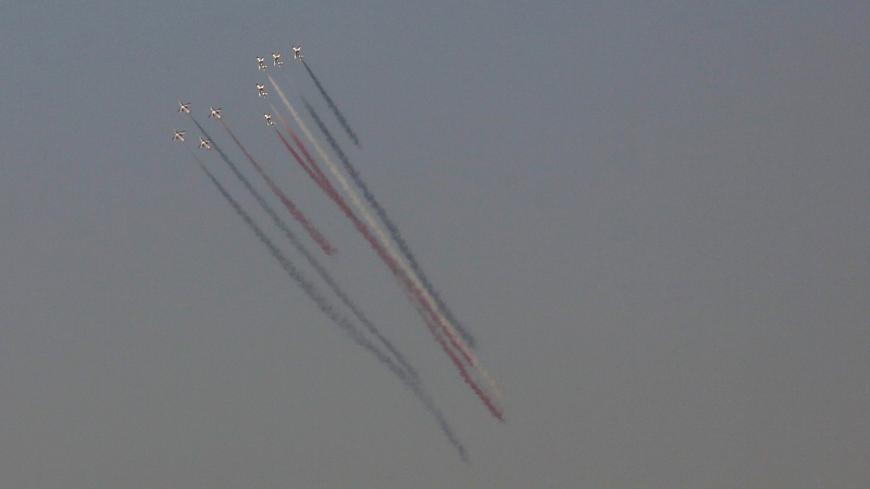 The Egyptian air force holds an air show displaying F-16 aircraft delivered to Egypt by the United States as part of a military package, in Cairo, July 31, 2015. - REUTERS/Asmaa Waguih

After years of giving Egypt a pass on its human rights record, House lawmakers are starting to tighten the purse strings on Cairo.

The foreign aid spending bill for fiscal year 2020, which the House Appropriations Committee advanced 29-23 Thursday, contains language that would condition $260 million in annual military aid to progress on human rights and democracy. Egypt receives $1.3 billion in annual US military aid.

In recent years, House appropriators had resisted their Senate colleagues’ demands to restrict Egyptian aid. But this year’s bill indicates that the committee’s new chairwoman, Rep. Nita Lowey, D-N.Y., is ready to take a tougher line on the crackdown on dissident voices under President Abdel Fattah al-Sisi.

“Sometimes only a friend can send a tough message,” Lowey told Al-Monitor in an e-mailed statement.

Still, the House is not going as far as the Republican-held Senate. Senate appropriators have yet to release their spending bill for fiscal 2020, but in the past two years they’ve sought to cut Egypt’s annual military assistance aid package by $300 million while also incorporating the conditions included in the new House bill.

The House bill would require Secretary of State Mike Pompeo to certify that Egypt is taking steps to advance democracy and human rights, implementing reforms to protect freedom of expression, releasing political prisoners and holding security forces accountable. The bill also would demand that Cairo allow US monitors to evaluate Cairo’s use of aid, "adhere to the separation of powers and the rule of law" and comply with UN resolutions regarding North Korea.

“We appreciate Egypt’s progress with respect to combating terrorism, increasing pressure on North Korea, countering Iran’s malign influence and the acquittal of American citizens working for nongovernmental organizations that had been wrongly charged and convicted of crimes,” said Lowey. “While we very much value our relationship with Egypt … we are insisting on conditions.”

Last year Egypt acquitted 40 NGO workers, including 15 Americans, who were charged as part of a crackdown before the 2013 Sisi-led coup that ousted President Mohammed Morsi. Egypt, however, under the government of Sisi, continues to detain several US citizens on what the State Department considers to be political charges.

After Israel, Egypt is the largest beneficiary of the foreign military financing program, which provides Washington’s partners with taxpayer grants to purchase US military equipment. Congress has placed human rights conditions on a portion of foreign military financing ever since the Egyptian military ousted Morsi, but House pushback against the Senate had kept the vast majority untouched. Lowey’s willingness to jump on board with stricter conditions favored by the Senate’s foreign aid panel suggests that Cairo is poised to take a bigger hit this year as part of the compromise spending bill.

Seth Binder, the advocacy officer at the Project on Middle East Democracy, which favors the military aid cuts, told Al-Monitor that the new House bill “sends a strong and important signal that House appropriators, like their Senate colleagues, are increasingly concerned with the trajectory of Egypt, its harsh crackdown on any and all opposition and its impact on US national security interests.”

No secretary of state has been able to certify that Cairo is meeting the human rights conditions since Congress first required them in 2014. The State Department leaders have instead relied on national security waivers to release the aid anyway.

For the first time, this year’s bill would exempt $13 million of foreign military financing from the waiver. To receive that portion, Cairo would have to reimburse US citizen April Corley for injuries the former professional roller skater suffered during an errant Egyptian airstrike in 2015.

“This is approximately the amount that April has requested … as compensation for her lifelong injuries, medical expenses and loss of livelihood,” said Matthew Stone, a spokesman for the public relations firm Trident DMG, which represents Corley.