Congress is poised the drastically slash Egyptian military aid for the first time as Democrats assume control of the House. 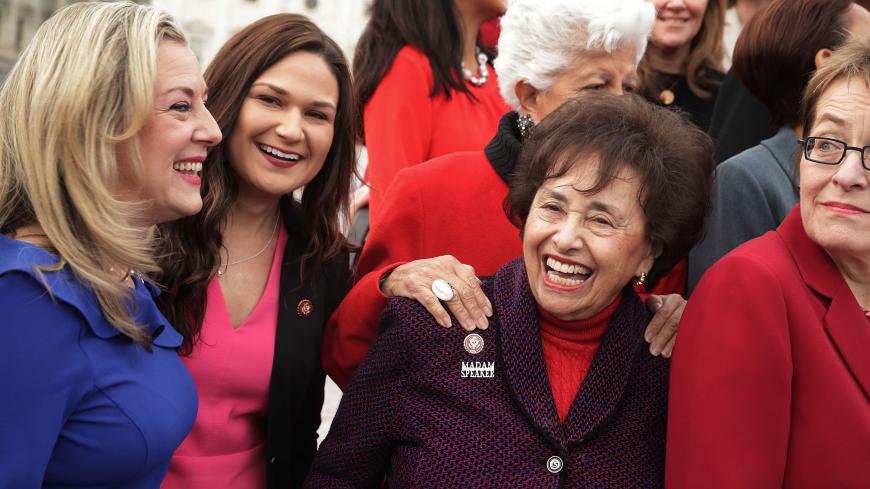 House Democrats sharply rebuked Egypt over its human rights record on Thursday, putting Cairo on a path to lose $300 million in military assistance this year.

As part of a spending package for the rest of the 2019 fiscal year, Democrats slashed Egypt’s annual $1.3 billion in military aid, appropriating only $1 billion in a mostly party-line vote.

The bill is stalled in the Republican-controlled Senate, which is demanding funding for a border wall with Mexico as part of a compromise to end the government shutdown. House Democrats adopted legislative language that originated in the Republican-controlled Senate last year rather than writing their own spending bill to make the point that there’s already bipartisan agreement on everything except the wall. Senate Republicans for their part have long sought cuts in Egyptian military assistance.

In recent months, Rep. Nita Lowey, D-N.Y., the new chairwoman of the House spending panel, signaled that she is on board with the Egypt cuts. As Al-Monitor first reported last year, Lowey signed on to a letter that called on Secretary of State Mike Pompeo to take action to free detained American citizens in Egypt.

“The dynamic change with Lowey becoming chair of the full House Appropriations Committee … would imply that there would be a different way forward on this,” Jared Genser, an adjunct professor at Georgetown Law, who is critical of Egypt, told Al-Monitor in a December interview. “Egypt is facing the prospect of real cuts on assistance, and obviously on human rights conditions there will no longer [be] any debate about human rights being in the bill or not.”

Egypt has usually been able to count on a full $1.3 billion in US Foreign Military Financing every year since its 1979 peace treaty with Israel. FMF recipients receive US grants to buy weapons from American defense contractors.

The bill would withhold another $300 million until Pompeo certifies that Egypt is making progress on its human rights record and complying with UN Security Council resolutions on North Korea. However, the bill contains a national security waiver that allows Pompeo to release the aid without making the certification. (Neither the Barack Obama nor Donald Trump administrations have ever been able to certify that Egypt is meeting the human rights requirement demanded by Congress since 2014 and have instead relied on the waiver.)

Pro-democracy groups and Egyptian human rights activists have long pushed Congress to place greater restrictions on US military aid. Their cause has been bolstered in recent months by lawyers for April Corley, a US citizen injured in an errant Egyptian airstrike in 2015.

“All Americans from far left to right politically all agree that providing weapons to foreign allies does not come with an immunity to kill and injure Americans,” said Genser, one of the lawyers representing Corley. “There should be a draconian response to Egypt to send an unequivocal message that this is unacceptable and that one cannot expect to get our help as a country if they act in this manner.”

The spending bill even mentions Corley by name — albeit with a spelling error. The legislation requires Pompeo to report on the State Department’s efforts to persuade Egypt to pay for her medical bills within a month after it becomes law.

Al-Monitor first reported last year that Sen. Patrick Leahy, D-Vt., the top Democrat on the Senate foreign aid panel, has also placed a separate $105 million hold on Egyptian military aid, partially in response to the Corley case. And if Egypt doesn’t start to play ball, it may face additional trouble in the new Congress: Corley’s lawyers told Al-Monitor that they may ask Congress to amend the Foreign Sovereign Immunities Act to allow them to sue the Egyptian government for compensation.

Correction: Jan. 7, 2019. This article has been updated to reflect that House Democrats passed spending legislation that mirrors language from last year's Senate bill rather than writing their own.