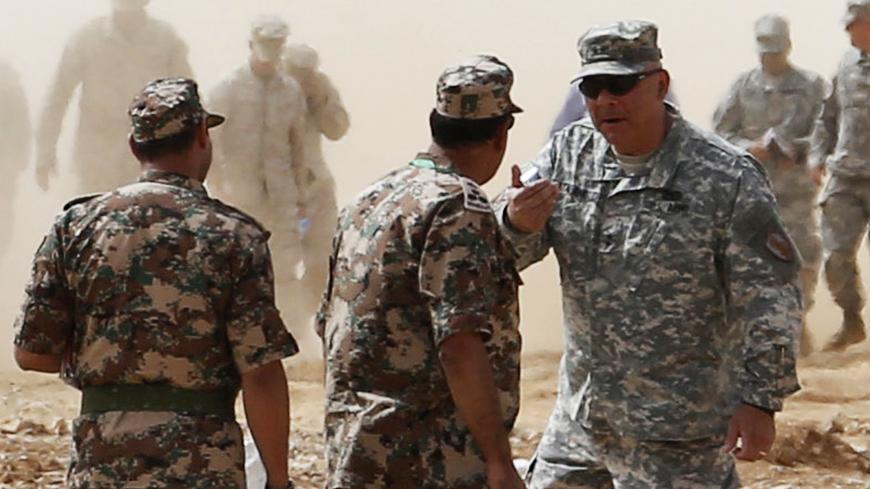 Although Congress has yet to coalesce around a path out of the monthlong government shutdown, it has at least reached a consensus on a Middle East aid package for 2019.

The compromise contains good news for several US allies — namely Egypt, Morocco and Turkey — as it undoes significant setbacks they faced when the House passed a different spending bill earlier this year. But it also contains a significant blow to Saudi Arabia by shutting the kingdom out of a key US military training program.

The provisions were all in the Democratic-held House’s spending bill, which passed 234-180 today. The Republican-controlled Senate is set to vote on its own version of the bill on Thursday, but foreign aid provisions are identical to the House bill.

The dueling bills differ on immigration and border security, so neither is likely to become law this week as the two chambers remain mired in partisan gridlock. Still, the Middle East aid provisions have already been agreed to in both chambers, indicating that they’ll likely become law when the shutdown eventually ends.

The agreement comes after the House passed a different spending bill on Jan. 3 that would have cut Egyptian military aid, rebuked Morocco over its occupation of the Western Sahara and banned the transfer of F-35 jets to Turkey. Although that bill originated in the Republican-held Senate last year, the upper chamber did not include President Donald Trump’s more recent demand for funding to build a wall along the US-Mexico border.

Notably, the House and Senate have agreed to a new provision in today’s bill that would cut Saudi Arabia off from the State Department-run International Military Education and Training (IMET) program. While the Saudis only receive a few thousand dollars in IMET assistance every year, participation makes Riyadh eligible for savings on other US training programs needed to operate its US-made military arsenal.

Egypt fared better in today’s bill. Lawmakers have awarded Egypt with its customary $1.3 billion in annual military aid, as opposed to only $1 billion under the Jan. 3 bill. Some $300 million of that is restricted, contingent on the Donald Trump administration certifying progress on human rights or using a national security waiver.

“Today’s compromise is deeply disappointing,” said Seth Binder, an advocacy officer for the Project on Middle East Democracy, which favors using military aid as leverage. “It is a missed opportunity for them to send a strong message to the Egyptians.”

The chairman and top Democrat on the Senate foreign aid panel, Lindsey Graham, R-S.C., and Patrick Leahy, D-Vt., have long pushed to pressure President Abdel Fattah al-Sisi with military aid cuts — an idea their House counterparts have resisted. The legislation voted on today is identical to the compromise the two chambers reached last year.

Binder suggested that the broader fight over the government shutdown may have prompted Lowey to simply revert to last year’s compromise on Egyptian military aid instead of staking out a new position this year.

“This is in many ways low on their radar,” said Binder. “I don’t think this is an indication that this is where the House is definitely going to be going forward. But it’s a missed opportunity for sure.”

Graham and Leahy have also pushed their House colleagues to take a firmer stand on the disputed Western Sahara. To that end, the Jan. 3 bill would have overhauled a 2014 provision that first authorized US economic assistance in the disputed territory.

Although that legislation was mostly symbolic, it served as a rebuke to Morocco’s control of the territory despite Rabat’s multimillion-dollar lobbying efforts. But as with Egypt, House appropriators have been more inclined to take Rabat’s side in the dispute, and today’s bill contains the same compromise language as last year.

Finally, today’s compromise undoes the Jan. 3 bill’s sanctions and arms sales ban on Turkey, relegating them instead to reporting requirements.

The previous bill would have implemented visa bans on Turkish officials involved in the detention of US citizens while banning the transfer of F-35 aircraft to Ankara if it moves ahead with purchasing the S-400 missile defense system from Russia. Today’s bill waters down both provisions. 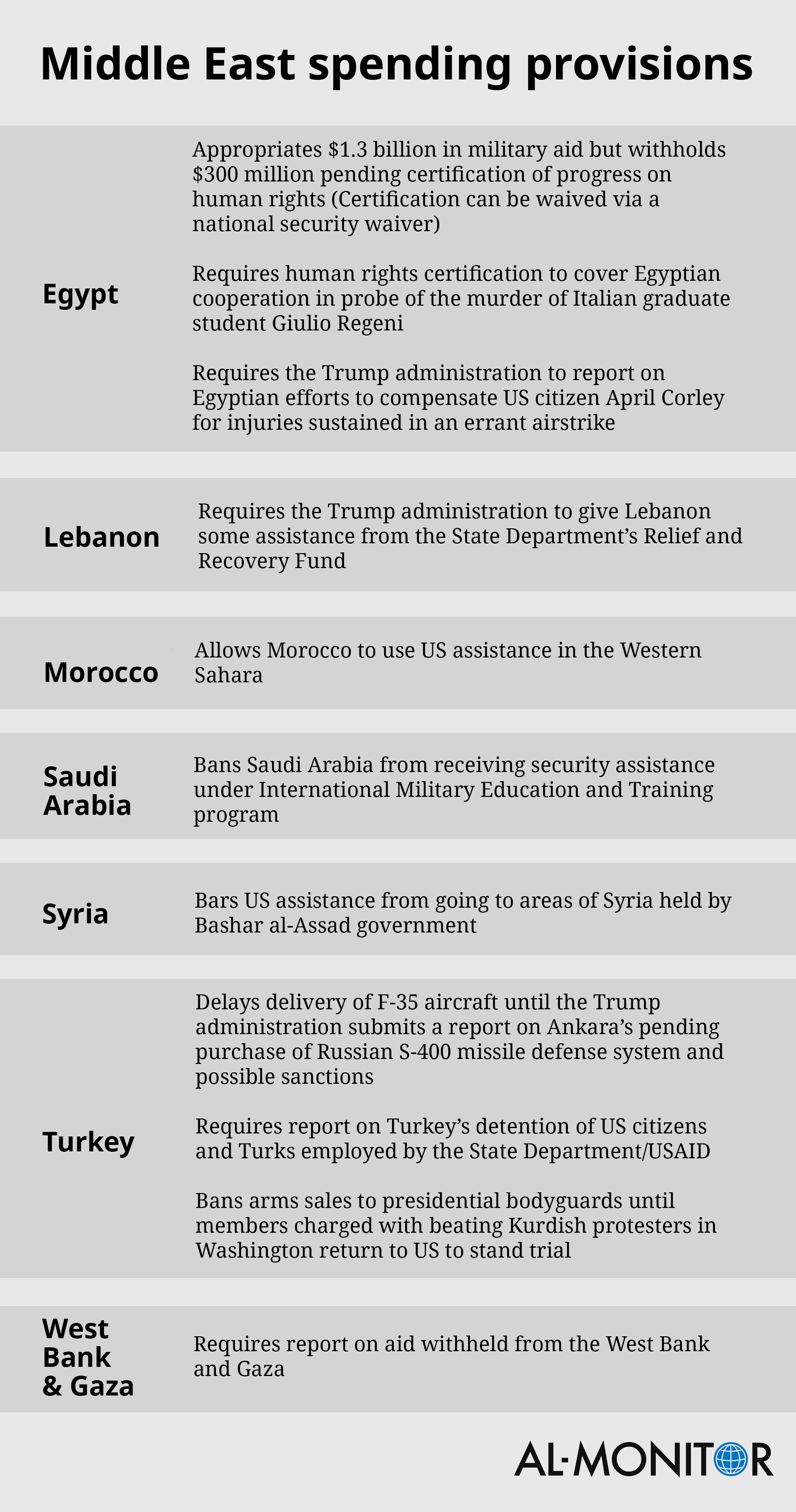