President Mahmoud Abbas' Fatah party promptly attacked the newly launched Reform and Development Party in the West Bank and warned Palestinians to have nothing to do with it. 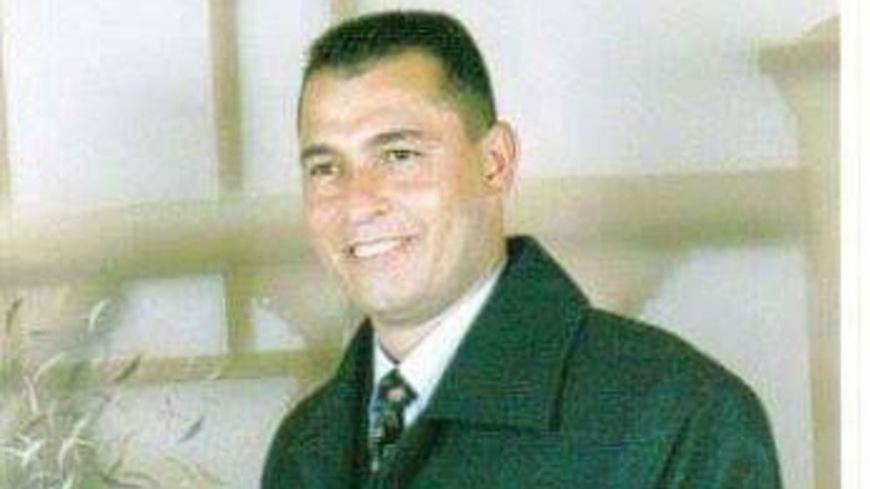 When a Palestinian political body calling itself the Reform and Development Party launched this month, it immediately raised the concern of Palestinian Authority President Mahmoud Abbas and his Fatah party, with the latter calling the new group "suspicious" and its ideas toxic.

The party was established May 1 in Hebron, stating it will represent the Palestinian "silent majority." Its goals include reviving the Palestinians' economic situation, cooperating with Israel to open West Bank roads Israeli authorities closed for security reasons and easing Israeli restrictions on the Palestinian people. In its founding statement, it said it wants to improve communication with the rest of the world, end corruption and nepotism and reform the PA and the PLO.

The new party also addressed some issues not usually discussed such as condemning terrorism and opening dialogue with Israeli nongovernmental organizations (NGOs).

An official source in the new Reform and Development Party told Al-Monitor on condition of anonymity, “The party was founded due to the PA’s inability to restore the rights of the Palestinian people. We want to put an end to the dominance of some factions in power and their exclusiveness in making political decisions. The party also calls for the establishment of a Palestinian state for all its inhabitants, as well as holding accountable those who cause division, in addition to rejecting all forms of religious or sectarian terrorism. We have many supporters around the West Bank.”

Hours after the launch, Fatah issued a statement warning Palestinians against dealing with the party and pledging to hold its organizers and participants accountable for stepping out of the national ranks and aligning with Israel. The statement said Fatah won't tolerate the party and will respond harshly if it perceives a threat, though it didn't say how it might retaliate. It said the new group will eliminate the "dream of establishing a Palestinian state."

The Arab Liberation Front, a Palestinian political party close to Abbas, issued a statement May 7 stating that Israel is working to spawn organizations and parties with Palestinian cover and Zionist tendencies.

Abdullah Abdullah, a member of the Fatah Revolutionary Council and chairman of the Palestinian Legislative Council's Political Affairs Committee, told Al-Monitor, “This [new] party will not succeed, because it lacks organizational and popular bases, and its political experience was dead before it began. The Palestinian leadership will not allow it to overstep President Abbas. All of Israel’s attempts to find alternatives to the Palestinian leadership have never worked, and today, this party will fail.”

Most of the party’s founders are not famous figures, have no affiliation with other political factions and have no established political or ideological backgrounds. But Ashraf Jabari, a former officer in the PA's Preventive Security Service, is a controversial figure, given his political positions and his Israeli and US relations, which he brags about.

Jabari told Independent Arabia on May 4 that he will meet with US officials and there is no Palestinian decision in place for stopping such meetings. The party wants to live in peace with its Jewish neighbors, accept Israel's imposition of sovereignty over the West Bank and participate in Israeli elections, he said. After the failure of the two-state solution, the party seeks to create a single state in which Palestinians and Israelis can all live, Jabari said, without saying which party would head this state.

Belal Shobaki, a political science professor at Hebron University, told Al-Monitor, “Jabari is an isolated figure. We only hear about him in the Israeli media. His party may be using him as an Israeli-US tool to test the waters with the Palestinians when it comes to future political projects.”

Shobaki added, “This party could be considered a US [scare tactic] to force President Abbas into accepting [the as-yet-unreleased US peace plan], but I don't think Jabari will become a Palestinian leader.”

On Feb. 21 and 22, some of the party's founders participated in a conference in Jerusalem on Palestinian-Israeli economic relations under the auspices of US Ambassador to Tel Aviv David Friedman, and in the presence of Israeli businesspeople led by Rami Levy. The Amad news website, run by Hassan Asfour, a former minister of NGO affairs and once a close associate of Abbas, on March 3 cited Palestinian sources as saying a secret meeting was held on the sidelines of the conference between Friedman, CIA officials, Jabari and Levy. Amad reported no details.

On Feb. 22, an Israeli settler leader, Avi Zimmerman, said in the Israeli economic daily Calcalist that Husseini, one of the new party's founders, is in business with Israeli businesspeople and settlers.

There are earlier examples of collaboration between Israeli businesses and people now affiliated with the Reform and Development Party.

In September, Zimmerman announced the establishment of the Judea and Samaria Chamber of Commerce — which includes Palestinian and Israeli businesspeople — to coordinate economic projects in the West Bank. Zimmerman said Jabari was the one who introduced him to the Palestinian traders he works with.

In February 2017, Jabari and Tamimi participated in a conference in Jerusalem to discuss Israeli control of the West Bank. The meeting was attended by Israeli ministers Ze'ev Elkin, Tzipi Hotovely and Uri Ariel. “We don't oppose the annexation of the West Bank to Israel. If Israel wants to annex it, no one can do anything about it,” Israel’s Channel 20 reported Jabari as saying.

The new party is reminiscent of a decades-ago effort to establish working relationships between Palestinians and Israelis. A Palestinian politician who witnessed the period of the Village Leagues spoke with Al-Monitor about the leagues, which were established by Israel from 1976 to 1982 in the West Bank as an alternative to the PLO.

“This new party brings to mind the Village Leagues; its leaders are collaborating with settlers and work under the wing of prominent Palestinian families. Their discourse focuses on improving living conditions," the source said on condition of anonymity.

The politician added, “Although the [new] party leaders are not necessarily well-off, they may get US-Israeli support, which could help some of them qualify for ministerial and government positions.”

Former Israeli intelligence officer Yoni Ben Menachem said in his May 3 personal blog that Jabari is a close associate of Friedman, presents himself as a local Palestinian leader and says he is interested in coexistence with Israel. Menachem said Jabari is one of the figures with whom the United States can discuss the peace plan. He added that Jabari said he was prepared to sit down with the Israelis and representatives of the Quartet on the Middle East (the United States, European Union, United Nations and Russia) to discuss an alternative to the Oslo Accords peace agreements of the 1990s.

Journalist Nadav Haetzni also wrote recently about Jabari in the Israeli newspaper Maariv. He mentioned Washington's close ties with Jabari, who calls for linking the fate of the Palestinians to the Israelis. At the Jerusalem conference in February, Friedman had called Jabari a friend and said on behalf of the United States, "We can never ask for a better partner.”

Jabari and his colleagues may be invited in the coming months to meet with US President Donald Trump, Haetzni added.

This new party differentiates itself from others. It believes improving Palestinians' economic conditions is a top national priority, aiming to better living conditions.

Palestinian political analyst Abdul Sattar Qassem told Al-Monitor, “Fatah is trying to ruin every faction that is formed without its consent, because it fears that some could replace it, and it refuses any and all endeavors to find alternative leadership. This new party and its founders, despite their political program, could find political, financial and media support from both the US and Israel. Only then would Palestinians looking out for their own interests join it.”