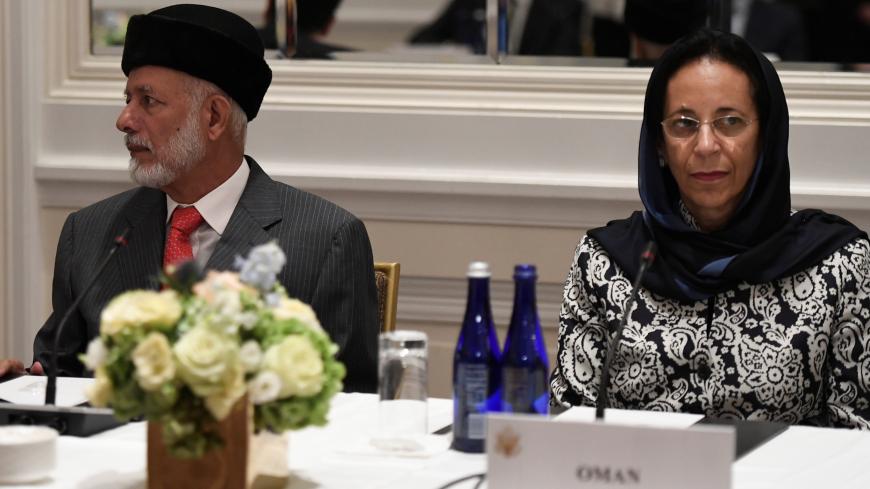 Omani Foreign Minister Yusuf bin Alawi bin Abdullah listens alongside Omani Ambassador to the US Hunaina Al-Mughairy as US Secretary of State Mike Pompeo (not pictured) speaks while attending a Gulf Cooperation Council summit on the sidelines of the United Nations General Assembly meeting in New York City, Sept. 28, 2018.

WASHINGTON — Oman rejects military operations against Yemen and believes the war there “does not serve any party” and is “devastating for the Yemeni people,” said Hunaina Al-Mughairy, Oman’s ambassador to the United States, in an exclusive interview with Al-Monitor at the Omani Embassy in Washington.

“In Oman, we still believe that the best way to settle disputes between the Yemenis is through international negotiations, and the sultanate supports the efforts of the United Nations and the special envoy for Yemen,” added Al-Mughairy, who assumed her post in 2005.

The ambassador previously served in a variety of government roles that span the diplomatic and economic fields, including director of industrial loans and grants at the Ministry of Commerce and Industry and director general of investment promotion at the Omani Center for Investment Promotion and Export Development.

Al-Mughairy addressed the current heightened tension between Tehran and Washington following the US administration’s decision to end sanctions waivers for Iranian oil imports, saying that Muscat would be willing to help mediate the crisis if the sides would find such support helpful.

“Oman has not been approached, but I’m sure that if we were approached we would be happy to assist,” she said.

Regarding the long-awaited US peace plan for the Middle East, Al-Mughairy stressed, “The Palestinian people have suffered a lot all these years, and something has to be done.” For this reason, she noted, Sultan Qaboos, the leader of Oman, took the initiative to invite Palestinian President Mahmoud Abbas to Oman and shortly thereafter hosted Israeli premier Benjamin Netanyahu. “[O]ne of the main pillars of our foreign policy is to talk to people and negotiate. Without talking to people and negotiating you cannot solve any problem.”

The veteran diplomat also decried the diplomatic crisis between Qatar and other states of the Gulf Cooperation Council (excluding Oman and Kuwait) that erupted in 2017 as “very unfortunate” and argued that it undermined the progress the regional bloc had made.

“We had achieved a lot in the GCC: We use our identity cards to travel throughout; we have a customs union, etc. But I can’t see that working now that there is a blockade with one of the countries.”

Al-Monitor:  The US and Oman enjoy strong bilateral ties and continue to boost coordination, including a recent military agreement that allows US forces to use strategic Omani ports. What are the most important current areas of coordination between Muscat and Washington, and what are the key challenges in relations?

Al-Mughairy:  I don’t think we have any challenges right now. Oman and the US have been friends since 1833, when we signed the first Treaty of Amity and Commerce. And we have continued the relationship regardless of which administration is in the White House, whether it’s a Republican or a Democrat. We’ve always played a key role in assisting the United States when it comes to things happening in the region. So I don’t think there are any difficult challenges that we cannot solve or we cannot overcome. Secretary of State Mike Pompeo was just in Oman a few months ago, Jared Kushner was also there [in February]. So we have excellent relations with the United States, and that’s one of the reasons also that we signed this agreement for the Duqum port. This is a very important port for us as Omanis, and for the world as well, because it is the only dry dock and port that is outside the Gulf.

Al-Monitor:  Oman and Kuwait have remained neutral and have been active in mediation to resolve the diplomatic crisis between Qatar and other GCC states that erupted in 2017. In March, Omani Foreign Minister Yousuf Bin Alawi said the crisis may not be “eligible for solution.” Could you describe Oman’s approach to the blockade and its mediation, and prospects for resolution?

Al-Mughairy:  This blockade is very unfortunate. We are supporting the Kuwaiti Emir Sheikh Sabah Al-Sabah, because he is the lead person on efforts to solve this problem. So Oman is working with Kuwait. We hope we’ll be able to solve this problem because, as I mentioned earlier on, we all belong in the same region, we’re the same people, we speak the same language, we eat the same food, we intermarry. You have families where half of them are in one state and half in the other. We were doing very well with the GCC and we hope that we’ll be able to solve this problem soon. It’s more because of the difference in foreign policies of the different countries, and that’s the reason why this problem has arisen.

Al-Monitor:  And how has it impacted the overall work of the GCC?

Al-Mughairy:  Unfortunately, now three members of the GCC are not talking to Qatar. So it definitely affects the work of the GCC. We had achieved a lot in the GCC: We use our identity cards to travel throughout the Gulf; we have a customs union, etc. But I can’t see that working now that there is a blockade with one of the countries.

Al-Monitor:  The Trump administration is preparing to release its Israeli-Palestinian peace plan after Ramadan. Although Oman hasn’t taken a direct role in attempts to secure Israeli-Palestinian peace, it has voiced support for ideas to bring the two sides together and separately hosted Palestinian President Mahmoud Abbas and Israeli PM Benjamin Netanyahu late last year. What are your expectations, hopes and concerns regarding the US plan, and what role do you see Oman playing?

Al-Mughairy:  Well you see, they have been very protective about this plan. Nobody really knows what is in it. They’ve told us that this plan is going to be more economical than political. Oman’s thoughts, and His Majesty’s thoughts, are that the Palestinian people have suffered a lot all these years, and something has to be done, because otherwise the next generation is going to face the same thing that this generation has been facing. And that is the reason why His Majesty has taken this step to invite Mahmoud Abbas first. Prime Minister Benjamin Netanyahu wanted to come and see His Majesty and His Majesty welcomed that. Maybe not many people know it, but this is not the first Israeli prime minister who has visited Oman. Prime Minister [Yitzhak] Rabin visited Oman [in 1994]. Oman had a trade office in Tel Aviv until after the second intifada. So Oman has always been at the forefront in trying to bring peace in the Middle East. And we feel that one of the main pillars of our foreign policy is to talk to people and negotiate. Without talking to people and negotiating you cannot solve any problem.

Al-Monitor:  As the US has stepped up pressure on Iran and announced its decision to end sanctions waivers for Iranian oil imports, do you again see a role for Oman in de-escalating tensions, recalling Oman’s mediation in the 2013 talks that eventually led to the nuclear deal?

Al-Mughairy:  We were not part of the mediation [for the nuclear deal]; rather, we provided the venue. And the reason we were the ones who were asked to do that is because we are one of the few countries in the Gulf who is friends with both the United States and the Iranians. And as I said early on, this is based on the pillars of our foreign policy. First of all, we do not interfere in the foreign policies of our neighboring countries. We don’t interfere in any country’s internal policies. That’s number one. Number two, we believe in negotiations. It’s important that we negotiate. Otherwise, if we do not negotiate, we will not be able to solve the problem. Iran is a neighbor and we have good relations with all of our neighbors. And because of these good relations with our neighbors we were able to assist in bringing in the American hikers [detained by Iran in 2009], and negotiating [to release] the hikers and help with other hostages. And until now I have people coming to my office asking me if we can assist if they have families that are stuck.

Al-Monitor:  And does Oman have a role specifically in helping address the current Iran-US tensions?

Al-Mughairy:  Oman has not been approached, but I’m sure that if we were approached we would be happy to assist.

Al-Monitor:  How do you view your role as a leader and woman in the Oman and Arab diplomatic corps? How do you see the progress of women in senior national security and foreign policy positions in the Gulf and the Arab world?

Al-Mughairy:  Not many people know about Oman, and maybe this is one of the secrets that is kept from foreigners until they arrive in Oman and then they are pleasantly surprised. Since His Majesty took over, women have had every right that men have. There are a couple of speeches that he has made on Oman’s national day that address women and children. He said, “Women and children are not far from our sight,” and he also said, and I quote, “We are continuing on this path, God willing, as we are, that the country, in its blessed march, needs both men and women because no doubt it resembles the bird in relying on both its wings to fly high on the horizons of the sky. How can this bird manage if one of its wings is broken? Will it be able to fly?”

I remember once someone had mentioned that they had come to Oman and were surprised to see that there were women in the negotiating team. And they were told, “Why are you surprised? Half the population are women." I retired from the government to join my husband when he was appointed permanent representative of Oman to the United Nations. While in New York, the government asked me to set up the Center for Investment Promotion and Export Development in New York. So I was dealing a lot with the private sector and I was surprised that women in the corporate world in the United States do not get the same salary and benefits as men. Meanwhile, in Oman, as long as you’re doing the same job, you earn the same benefits. My husband was ambassador to the UN and I was the ambassador here and there was no difference between me and him regarding salary and benefits.

Of course, we have a lot of conservative people in Oman; I’m not saying that we have every right. But as far as the government is concerned, professionally, we have the same right as men.

I’m not the most senior woman in the government. There are cabinet ministers who are women. Two of the most important ministries — the Ministry of Education and Ministry of Higher Education — are both led by women.

Al-Monitor:  What is Muscat’s view on the current situation in Yemen, and what are the prospects for a solution?

Al-Mughairy:  The position of Oman on the war in Yemen is stable and decisive, and we refuse to participate in any military operation against Yemen, or against any other country, unless it is in the framework of self-defense and in the regulatory framework of the GCC. The war in Yemen does not serve any party, and it is certainly devastating for the Yemeni people. The Yemeni people are the victims of this war, which has not ended and has resulted in many tragic humanitarian crises. In Oman, we still believe that the best way to settle disputes in Yemen is through international negotiations, and the Sultanate supports the efforts of the United Nations and the special envoy for Yemen. We hope that a settlement for this crisis can be reached soon. 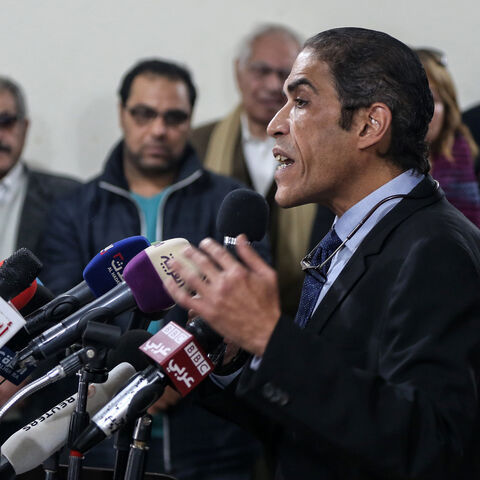 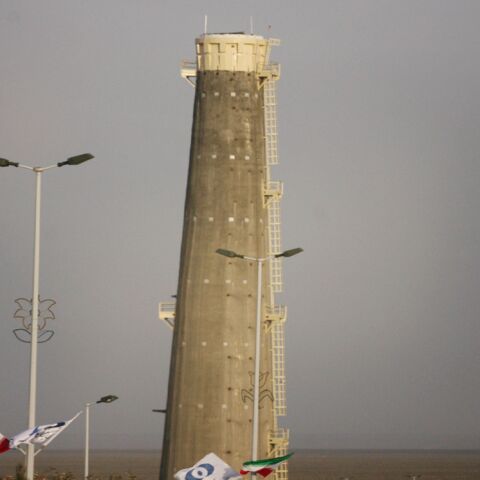 Oman moves ahead with overdue reforms