Gaza’s Ministry of Religious Endowments launched a smartphone app allowing worshippers to assess preachers and find out in which mosque they will be delivering Friday sermons across the Gaza Strip. 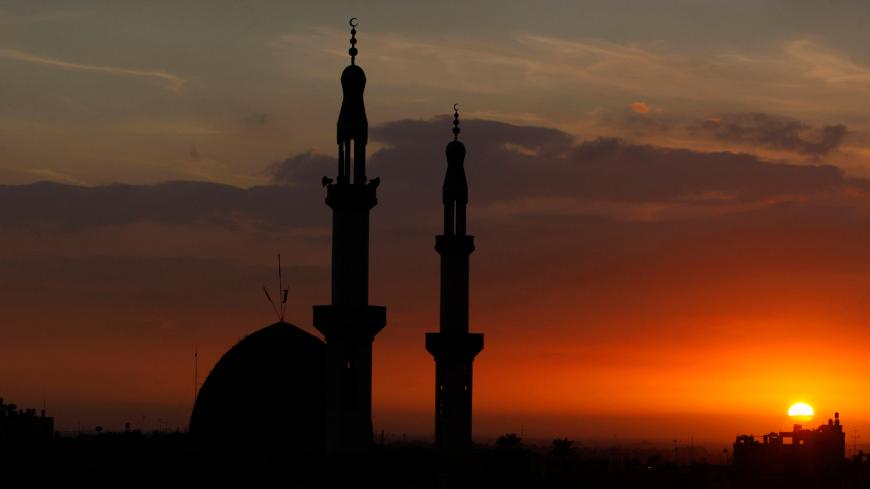 The app, which is currently only available on Google Play, allows users to assess the performance of preachers and post feedback on Friday sermons, which are considered the most significant weekly religious event for Muslims. Efforts are currently underway to make the app available for iPhone users in the App Store.

According to Nael al-Dahshan, planning and policy director at the Ministry of Religious Endowments, the app allows users to track their preferred preachers and locate the mosque in which they are leading Friday prayers.

Dahshan told Al-Monitor that preachers are evaluated by a system of one to five stars: unacceptable (one star), acceptable (two stars), good (three stars), very good (four stars) and excellent (five stars), which is also available on the platform Khotaba that was launched by the ministry in January 2018.

App users can also receive a reminder on Thursday evening of Friday prayers and the name of the mosque where their favorite preacher will deliver the sermon. In addition, a reminder of the five daily prayers can be activated, with the option to set the azan (call to prayer) as the reminder ringtone. Attending the Friday sermon is a religious obilgation in Islam.

Yousef Farhat, director of the ministry's Department for Preaching and Guidance, told Al-Monitor that the app includes a biography of each preacher indicating his certificates of Islamic studies and years of experience, "which helps worshippers choose a preferred preacher.”

He said, “Most importantly, the app — aimed at improving preachers’ performance — allows the Ministry of Religious Endowments to learn more about each preacher and how the public is receiving the weekly religious sermons. When a preacher gets more than one negative feedback at more than one mosque, the ministry will form a special committee to follow up on the evaluation."

Farhat added, “When a preacher fails to deliver a strong, convincing sermon and gets negative feedback on the app, the ministry will surely let him go. We will not keep any unqualified preachers."

He explained that Friday sermon preachers ought to demonstrate in-depth knowledge in Islamic and general culture, a high-level of memorization of the Quran and the prophet's hadith or sayings, a convincing eloquent style and a complete distance from partisan and political speeches in favor of certain political parties.

“This app is great as it allows worshippers to rate preachers and give feedback of their performance right after the end of the sermon to the Ministry of Religious Endowments,” Ismail al-Aklouk told Al-Monitor. “Sometimes during the sermon, preachers provide false historical or Islamic information. Many worshippers feel the urge to correct them but interrupting the sermon is not permissible.”

Aklouk believes that the app serves both worshippers and preachers, as it allows users to assess sermons and it is an opportunity for the preachers to see the worshippers' ratings and feedback.

Sameh al-Bazm told Al-Monitor, "The internet has contributed to the enrichment of religious content on religious websites. Preachers are no longer the only source of religious and faith information. Today worshippers look for distinctive preachers who manage to reinvent themselves and with a deep Islamic culture [whose sermons they decide] to listen to during Friday prayers.”

Bazm said, “There is growing dissatisfaction among worshippers toward preachers who mix politics and religion and use their platforms to support or defend a certain political party from a very personal perspective, which is getting really annoying."

He added that the app is very useful to track the best-ranking preachers who distance themselves from partisan and political discourse and to submit a complaint about politically charged sermons or extremist and hate speeches upholding negative messages, such as ostracizing non-Muslims, for instance.

Kayed Murtaja, a resident of Gaza City, told Al-Monitor that he is surprised by the Gaza authorities’ interest in launching an app to assess the religious performance of preachers and to develop religious institutions. However, he would like to see apps developed for other government services, too.

“I am all for a religious app given the religious nature of Palestinian society, but why not launch similar apps to develop other government services and to assess the performance of public workers in the different public departments, especially in the ministries of Education and Health,” he noted.

According to the Department for Preaching and Guidance, the Gaza Strip has 888 mosques and 1,341 preachers, 965 of whom hold Islamic religious certificates and 376 various other academic degrees.