In order to ameliorate its image in Washington, Qatar is now ready to extract Israel from the complicated situation it got into by withholding money from the Palestinian Authority. 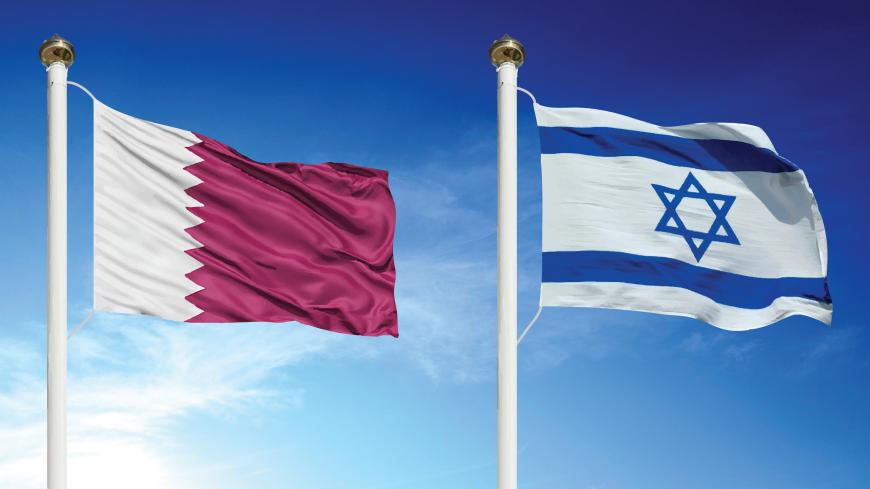 Two days after another cease-fire was reached between Israel and Hamas, Qatar made the surprising announcement May 7 that it would be providing a generous aid package of $480 million to the Palestinians. According to the official announcement by the Qatari Foreign Ministry, the money will not be limited to salaries and special projects in the Gaza Strip. It will also include a grant of $300 million for the Palestinian Authority (PA) in the West Bank. This is the first time that Qatar is reaching out to the PA, or more precisely, getting a foot in the West Bank. It is also the first time that it has received a thank you from Palestinian President Mahmoud Abbas for its help.

To date, Qatari aid was provided exclusively to Gaza in order to pay salaries to the Hamas bureaucracy and support needy families. This infuriated Israelis, who were sharply critical of what they considered paying protection money to Hamas. But the Qataris were also bothered by Gaza’s reliance on Qatari money. They thought that they had just climbed into bed with a very sick patient. In the end, however, national interests won the day.

The aid package that was recently announced was not something dreamed up in Doha alone; it had partners in the White House and Israel. The Israeli defense establishment — with the support of the political establishment, i.e., Prime Minister Benjamin Netanyahu — made it known to the Qataris that the emirate only stands to benefit from this in the end. It was intended as a package deal, where everyone — Qatar, Israel, Hamas and the PA — would benefit.

As far as Israel was concerned, this was a sharp turn for the wealthy and influential emirate. Until just a year ago, Israel thought of Qatar as a troublemaker, supporting the Muslim Brotherhood; providing sanctuary to Sheikh Yusuf al-Qaradawi, the spiritual father of the modern-day Muslim Brotherhood; assisting jihadist groups operating in Syria; and supporting numerous terrorist organizations, including Hamas.

In 2017, the Jerusalem Center for Public Affairs published a document describing Qatar as “the principal supporter of radical Islamist terrorist organizations, with enormous influence on them.”

All this was true until the situation in Qatar changed. The emirate came under intense pressure as a result of sanctions imposed on it by the Sunni Arab states, particularly Egypt and Saudi Arabia, so it began taking steps to change its image.

Abbas also considered Qatar to be a hostile partner of his nemeses in Gaza. He even claimed that the emirate’s generous aid to Hamas perpetuated the division between Gaza and the West Bank. In March 2018, Abbas decided to impose sanctions on Hamas and stop the flow of money to the Gaza Strip. But shortly after the dramatic announcement, he discovered that the Qataris were delighted to fill in the hole this would have caused in the Hamas budget. The Qatari reaction drove Abbas crazy, as this took the sting out of the sanctions he imposed.

Israel thus enabled Qatar to transfer millions of dollars to Gaza. At the same time, Israel decided to deduct stipends paid to Palestinian prisoners in Israel from the Palestinian tax revenues collected by the Israeli authorities. Abbas was surprised by how the Israelis held the gates to Gaza open to Qatar with one hand, while they strangled his own PA with the other. His decision to refuse to accept the tax money that rightfully belonged to the PA brought the West Bank to the verge of bankruptcy. Now, the “angels of Gaza” (Qatar) are willing to help the PA that he heads as well. A Palestinian official who spoke with Haaretz claimed that an aid package so big that its political implications would include preventing the PA from collapsing could not have happened without a green light from the White House. At the very least, the White House would have had to turn a blind eye to it. He was not wrong either.

Al-Monitor has learned from an Israeli defense official that with Israel being concerned about the situation in Gaza and the West Bank, it views the Qataris positively, and even sees them as saviors. The relationship that has developed with Qatari envoy Mohammed al-Emadi proves that Israel has made a 180-degree turn in its position and attitude toward the wealthy emirate. As always, it is a matter of interests. Since it is currently under sanctions from the Sunni Arab states, Qatar has been trying to build a firm bridge to the White House and President Donald Trump. The way it chose to achieve this began with a public relations campaign targeting the Jewish community in the United States and worked its way up to the establishment of a positive and useful relationship with Israel. Emadi promised to help the Gaza Strip and engaged in shuttle diplomacy between the Ministry of Defense in Tel Aviv and the Hamas offices in Gaza, carrying suitcases stuffed with cash for Hamas in his own vehicle. Now, with the agreement of Qatari Emir Sheikh Tamim bin Hamad Al Thani, Qatar is willing to extricate Israel from the mess it got itself into with the PA, while saving Abbas and his government, even though Abbas has a long-standing reputation for bad-mouthing the emir and his country.

Abbas has now no choice but to accept the money. Even the Saudis, his PA’s biggest donors, haven’t increased their aid to Gaza. It was not out of love for the emir but because he really had no choice that Abbas was willing to forgive all the Qataris’ past sins and take his slice of the enormous aid pie.

As far as Israel is concerned, this was a huge success. Not only did it find a rescue line to keep the PA from collapse, the Netanyahu government also had a convenient answer for anyone claiming that Israel is just paying protection money to Hamas: The Qataris are helping the Palestinians no matter who they are, regardless of whether they are from Gaza or the West Bank. And they are doing it for critical humanitarian reasons.

The “Qatari invasion” of the West Bank through its generous aid money was the subject of intense discussion among Israel’s decision-makers and its defense establishment. Some of the questions raised included: To what degree will Qatari involvement impact the region? How should Israel deal with the fact that this tiny but fabulously wealthy emirate still supports Muslim groups and organizations described in Israel as being “outside the bounds of moderate Sunni Islam”? In other words, is this a case of honest Qatari pragmatism, or is it all part of a game so that Qatar can get a foothold in Gaza and the West Bank before it shows its true face? Opinions on all these matters are divided.

Despite its phenomenal wealth, Qatar is now in crisis. It is trying to extract itself from the corner that Saudi Arabia, Egypt and other Sunni states pushed it into, in the belief that Qatar instigated instability in the region. Aid to the Gaza Strip helped Qatar thaw its icy relationship with Egypt. Now it hopes that it can be granted “clemency” by the Saudis as well. That's the Qatari interest in a nutshell. For now, it certainly blends nicely with Israel’s interests.

The general impression in Israel is that Qatar will act as a philanthropist and serve as a kind of emergency financial team for the Middle East. It will not try to establish itself in the West Bank territories. Rather, it looks like all it really wants is to buy stature, regardless of whether it is Gaza or Abbas, and to have the Israelis help them as only they can — in Washington, Cairo and Riyadh. That seems to be the entire story.