Palestinian President Mahmoud Abbas says Israel is aiding attacks on its own people by acting as a conduit for money to reach Hamas. 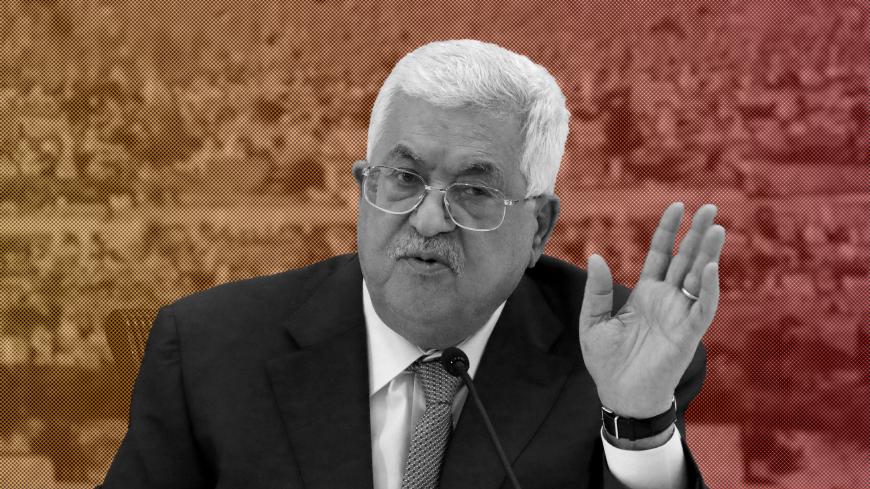 “Netanyahu personally takes money and gives it to Hamas [via Qatari funds to Gaza], which in turn is turning the money here [in the West Bank] into weapons, equipment and funds," Abbas said during a Dec. 22 meeting of the PLO Executive Committee in Ramallah.

On Oct. 10, Qatar announced a $150 million aid package for the Hamas-ruled Gaza Strip, after receiving Israeli approval. Out of the $150 million, some $15 million is to be allocated each month for six months to pay the salaries of Gaza’s government employees. On Nov. 9, the first payout for government employees was made. The Qatari ambassador to the Palestinian territories, Mohammed al-Emadi, carries the money personally to Gaza every month, using the Israel-Gaza border crossing at Erez.

With the remaining $60 million of the aid package, Qatar is buying fuel to run Gaza's only power plant for six months. Hamas is also giving some of the money to 50,000 families.

Netanyahu described at a Nov. 11 press conference his agreement to allow Qatari funds to be transferred to Gaza as “the proper step.” The measure aims to help bring calm to Israeli towns adjacent to the Gaza Strip and to prevent a humanitarian crisis in Gaza itself, he added, according to the Times of Israel.

According to Abbas, the Palestinian Authority (PA) and its security institutions have managed to confiscate 90% of the funds Hamas recently transferred from Gaza to the West Bank to fund its armed attacks against Israel. The other 10%, he alleges, is being used to attack Israeli soldiers.

There have been several attacks against Israeli targets recently. On Dec. 9, a drive-by shooting near the settlement of Ofra in the northern West Bank seriously injured six Israeli settlers, with the assailants fleeing the scene.

On Dec. 12, the Israeli army killed Saleh Barghouthi near the town of Sarda in northern Ramallah, alleging he was one of the perpetrators of the Ofra attack. Hamas' armed wing, Izz ad-Din al-Qassam Brigades, confirmed that claim Dec. 14, saying Barghouthi was among its operatives who had carried out the assault.

On Dec. 13, two Israeli soldiers were killed and two others seriously wounded by unidentified assailants in another drive-by attack near the settlement of Beit El, north of Ramallah. Israeli investigations allege the operation was carried out by Saleh Barghouthi's brother, Assem Barghouthi, who is still being sought by the Israeli army.

A senior West Bank security official who preferred not to be named told Al-Monitor, “Since the announcement of the Qatari payout to Hamas in Gaza, the security services have observed unusual activity by elements of the [Hamas] movement in the West Bank, including money transfers and preparations to carry out operations.”

The source revealed that during December, security authorities intercepted "eight operations against Israeli targets in the West Bank, confiscating more than 250,000 shekels [about $65,000] used to finance these operations.” However, the PA did not inform the media of these efforts.

The source further explained, “The PA has in recent months intensified its efforts to combat the transfer of [suspicious] funds from Gaza to the West Bank.

In discussions with Al-Monitor, Hamas leader Yahya Moussa attacked Abbas over the issue of Qatar’s grant to Gaza, accusing him of “unprecedented national degradation.”

“The accusation of channeling Qatari money into Hamas operations in the West Bank is an outright lie,” Moussa said. “These funds did not reach the hands of Hamas in any form. Israel is monitoring the course of every dollar of this grant, whose primary purpose is to pay civil servants who Abbas refuses to accept as part of the PA’s salary obligations according to understandings in the reconciliation accord of 2017.”

He added that Israelis view Abbas as a "king," because "he is more concerned about the security of Israeli settlers and soldiers in the West Bank than Netanyahu himself.”

Moussa further stated, “These armed operations are part of the stance adopted by Hamas in resisting the occupation since its establishment in 1987. This resistance will continue under any circumstances until the end of the occupation.”

Talal Awakal, a political analyst for al-Ayyam newspaper in Gaza, told Al-Monitor that Abbas’ comments were “an expression of his refusal to permit Qatari funds into Gaza, far from the reach of the PA.” Indeed, in an Oct. 16 statement, the Palestinian government had expressed its unwillingness to allow any aid into Gaza without PA coordination.

Awakal added that the PA considers itself the sole legitimate institution representing the Palestinians and that any funds entering Gaza without its consent are intended to consolidate Hamas’ rule in the Gaza Strip. Abbas has said that, by allowing the Qatari funds into Gaza, Netanyahu is violating the nature of relations between the PA and Israel, which are governed by the Oslo Accords and require Israel to coordinate with the PA on any Palestinian issue, Awakal said.

“Abbas positioned Hamas alongside Israel, casting them as seeming allies to destabilize security in the West Bank and undermine the sovereignty of the PA there,” Awakal said.

According to Ahmed Rafiq, a political science professor at Al-Quds University in Abu Dis, the West Bank, Abbas sees the military operations carried out there by Hamas as “aimed chiefly at a general weakening and destabilization of security in the West Bank.”

Rafiq told Al-Monitor, “These statements reveal the size of the gap between Hamas, which on one hand adheres to the path of armed resistance, and the PA, which on the other adopts the position of ending the armed resistance. This shows that Palestinians are still very far from achieving reconciliation.”

He pointed out that in criticizing Netanyahu’s actions, Abbas also wanted to send a message to Israeli society that those actions have disrupted Israeli security. Accordingly, this could be seen as an effort to affect Netanyahu's popularity among Israelis as their parliamentary elections approach in April.