The Popular Mobilization Units are spreading their economic influence in Mosul after playing a main part in the city's liberation. 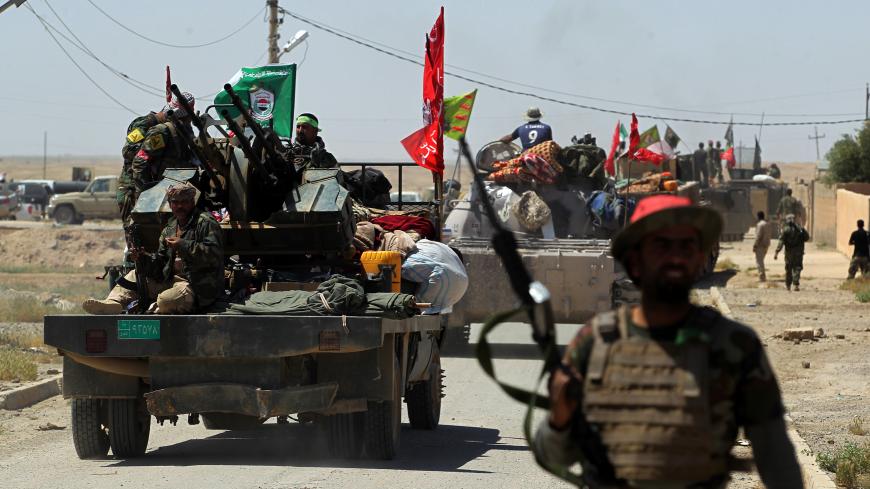 Members of the Iraqi pro-government Hashid Shaabi (Popular Mobilization Units) paramilitary forces gather in a street in the town of Hatra, southwest of the northern city of Mosul, Iraq, April 28, 2017. - AHMAD AL-RUBAYE/AFP/Getty Images 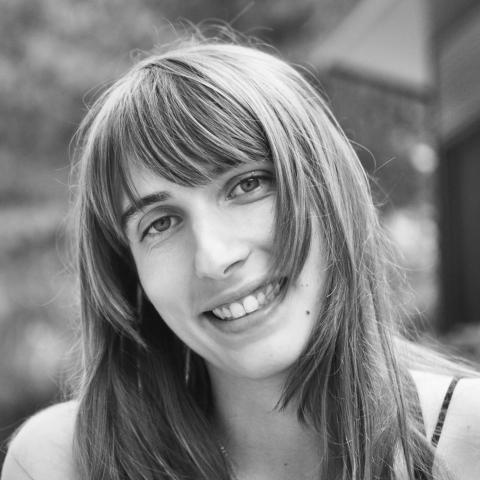 Escalating tensions between the United States and Iran are spilling over into Iraq as the United States orders the evacuation of all non-emergency government personnel following Secretary of State Mike Pompeo’s unexpected visit to the country.

Some of the Popular Mobilization Units (PMU), like Harakat Hezbollah al-Nujaba and Asaib Ahl al-Haq, are spreading their influence into Iraqi politics and the Iraqi economy, in addition to their influence in the military and security sectors — occasionally threatening to attack US troops in Iraq.

The Donald Trump administration has been pressuring Iraq over the activities and influence of the Iranian-backed PMU factions. The United States imposed sanctions on Harakat Hezbollah al-Nujaba last March, but the sanctions are most likely not affecting their economic activities inside Iraq. Former Iraqi Prime Minister Haider al-Abadi accused PMU leaders May 24 of owning a lot more property than they have in the past, questioning the source of this wealth.

Controversy and debate around PMU corruption are not new in Iraq, particularly in liberated territories. A ferry capsized in Mosul last March and brought to a head the question of the presence of the PMU in the former Islamic State (IS) stronghold after it surfaced that the tourist site the ferry belonged to was partially owned by a PMU group. While Asaib Ahl al-Haq denied involvement in the accident, the incident sparked public outcry against the PMU and their economic ventures around the city. The PMU is a complex and diverse umbrella organization that includes over 60 distinct groups of various ethno-sectarian backgrounds.

After the three-year-long war against IS, the PMU cashed in on their military achievements to acquire political legitimacy and sustainability. Their growing political clout is one indicator, as are their expanding economic networks. While their role in defeating IS was important to the government’s ability to take back and hold territory, their behavior since then has been subject to mounting criticism.

Reports of looting, destruction of property and human rights violations by the Badr Organization, Asaib Ahl al-Haq and Kata’ib Hezbollah surfaced after the defeat of IS in late 2017. Their clandestine economic ventures were documented across liberated Iraq in areas like Tuz Khormato, where the Badr Organization, Kata'ib Hezbollah, and the 13th and 52nd brigades reaped large profits from the cement industry through their control of checkpoints; in Baiji, where Asaib Ahl al-Haq and Kata’ib Hezbollah dismantled and sold equipment from the oil refinery; and in Kirkuk, where they were accused of smuggling oil. Looted items like electrical wires and mechanical equipment found their way across Iraq and were “sold in markets through brokers for one-eighth of their regular price,” one electronics businessman in Sulaimaniyah told Al-Monitor on the condition of anonymity.

He said the PMU developed multiple methods to maximize their profits. One common technique is interfering in nongovernmental organization (NGO) projects, as one UN official explained on the condition of anonymity. PMU members often demand to be hired either as security or as part of NGO cash-for-work programs. While the UN refuses to engage with armed actors, its contractors are obligated to have good relationships with the PMU in order to operate in Mosul. The security manager of one NGO said on the condition of anonymity that he often has to deal with demands by the PMU to work on projects, an obstacle that four other international NGOs working in Mosul also said they experienced.

The PMU also make money through checkpoints. There are two checkpoints at the entrance of the city; one is manned by the Badr Organization and another by the 30th Brigade. The latter is located in an industrial area full of scrap yards. A Reuters investigation from February 13, 2019, found that the PMU have made millions of dollars from the sale of scrap metal leftover by the war. Multiple scrap yard owners in Mosul, when asked about their work, said the “security forces” (the 30th Brigade) controlling the area now prohibit them from speaking to the media. Controlling the flow of goods through these two checkpoints allows the PMU to profit from commercial routes.

Locals refer to the PMU as a “mafia” and their business dealings as “public secrets,” easily visible to those familiar with the urban landscape. Fake businesses have mushroomed around the city, usually beauty salons, dentist clinics and real estate companies. In Mosul’s al-Falah neighborhood, PMU armored vehicles park daily in front of a new beauty center and real estate agency. One local said that for a week he asked the guard stationed in front of the salon if he could make an appointment but was told every day that “it opens tomorrow.” Locals believe these places to be money-laundering fronts, but the purpose of these fronts remains unknown. The PMU also invest in property inside the city and on its outskirts. They buy agricultural land cheaply on the city’s border, mainly in the al-Falah al-Thani neighborhood and on the road to Kirkuk, selling it at a much higher price. In the words of one local, “They are buying up Mosul.”

These economic investments aggravate existing tensions with the local population. When asked about the PMU, one local said on the condition of anonymity that their militarized presence, the spread of Shiite symbolism and now their “economic offices” are spreading in the city. By gradually becoming a part of the economic landscape, the PMU project an image of occupation onto a deeply abused population.

Crooked politicians and local political support have facilitated these investments and turned a blind eye to illegal activities, all for a cut of the profits. The most notorious example is the ex-governor of Ninevah, Nawfal al-Akoob, who was removed from his position after the ferry incident.

The economic ventures of the PMU are rent-seeking activities that remove wealth from the city and perpetuate corruption. Much needed resources — material and financial — are removed from a city in desperate need of recovery. By participating in the informal market, the PMU expand toxic and extractive economic processes that chip away at what is left of Mosul’s economy. These shadow economies lead to unaccountable and unregulated environments that can result in tragic accidents like the ferry incident last month, with devastating human costs.