Reformist parliamentarians are pushing for a third round of constitutional amendments since Iran’s 1979 Islamic Revolution. 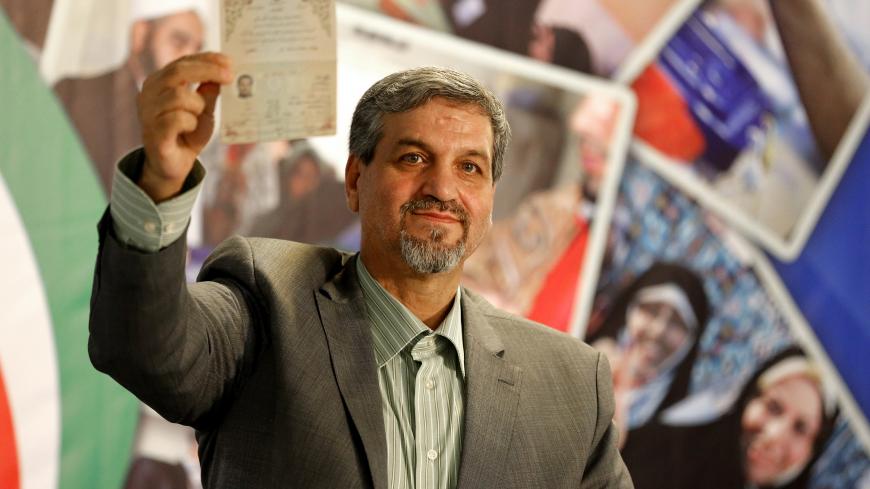 Reports have emerged in Iran that mainly Reformist parliamentarians are attempting to revise the country’s constitution. Senior pro-reform parliament member Mostafa Kavakebian said May 8, “We are preparing a bill under the name of the ‘Third Republic.'"

Moderate conservative Ezzatollah Yousefian Molla said May 27 that if more than 200 lawmakers support the initiative, the letter will be sent to the supreme leader.

The “Third Republic” is a reference to constitutional events that took place in 1979 and 1989. After the 1979 Islamic Revolution, a draft of the constitution was based on the French Constitution by a number of jurists, including Hassan Habibi, the vice president from 1989 until 2001 under Presidents Akbar Hashemi Rafsanjani and Mohammad Khatami. There was no sign of the Guardianship of the Jurist, the present form of government in Iran, in the draft of the constitution, which was later approved by the Council of the Revolution. The Guardian Council held a minor role, only coming into play if the president or the council of the judiciary wanted to object to a law.

Soon that same year, the “Assembly of Experts for the Constitution” was established to review the final draft of the constitution, which was later approved in a December 1979 referendum.

The Guardianship of the Jurist was included in the final draft of the constitution and a semi-parliamentary system was formed, with a president with limited power and a prime minister in full control of the government. The president was also the person in charge of coordination among the presidency, parliament and judiciary and of resolving disagreements between them. The judiciary was managed by a five-member council, two of which were appointed directly by the supreme leader and three elected by the judges across the country. At the time, there was a dispute between the Guardian Council and parliament, leading the founder of the Islamic Republic, Ayatollah Ruhollah Khomeini, to grant the parliament more power, permitting it to bypass the Guardian Council with a majority of votes.

Following years of quarrels between presidents and prime ministers as well as serious dissent between the parliament and Guardian Council, Ayatollah Khomeini wrote a letter to President Ali Khamenei introducing a group tasked with amending the constitution. The amendments were approved by the public in a referendum three months after Ayatollah Khomeini's death in 1989.

Under the amendments, the prime minister's position was abolished, leaving the president with vast powers, including appointing the Cabinet. The position of the supreme leader (Guardian Jurist) also gained more power, including naming the armed forces leaders, the judiciary chief and the state TV chairman as well as choosing the clerical members of the Guardian Council. The supreme leader can also remove the president if the parliament impeaches him or the judiciary finds him in violation of his legal duties. The three branches of the presidency, parliament and judiciary were put under the absolute supervision of the supreme leader, and therefore, the responsibility of coordination between the three branches of power was taken away from the president. The Expediency Council was formed to resolve disputes between the parliament and Guardian Council over legislation.

More importantly, the criteria for the candidates of the supreme leadership position changed, demanding that they be only a mujtahid rather than a marja al-taqlid (grand ayatollah).

What is the process of amending the constitution?

After consulting with the Expediency Council, the supreme leader pens a letter to the president, announcing the formation of a council tasked with studying the proposed modifications to the constitution. The council consists of Guardian Council members, heads of the three branches of power, Expediency Council members, members of the Assembly of Experts, persons selected by the supreme leader, ministers, judicial officials, members of parliament and academics. The council’s decisions will be put to referendum after the supreme leader's approval.

New attempts to amend the constitution

During Reformist Mohammad Khatami’s presidency (1997-2005), there were calls to amend the constitution. The proponents of this plan were critical of a political system seen as limiting public freedom. However, Khatami later opposed the plan, arguing that it wouldn’t lead to the results the Reformists sought.

Now, after two decades, Reformist and moderate-conservative parliamentarians are proposing new changes to the constitution.

Outspoken deputy parliament speaker Ali Motahari said Feb. 5, “With respect to our experience from 1989 until today, we have reached [the conclusion] through consultation that [a number] of articles in the constitution have flaws and need to be revised.”

Motahari said that some lawmakers hold that if the constitution is amended, the situation will worsen, as happened after the 1989 amendments.

Reading between the lines, it seems that reformist parliamentarians are critical of the Guardian Council’s authority over elections, including its power to reject candidates, the Expediency Council overreaching in the legislation process as well as the lack of government and parliamentary control over the state broadcaster. Moreover, they likely want to compel a number of state bodies, including the Guardian Council and the judiciary, to be legally accountable to the parliament and the public. Increasing the power of the executive branch and the president may also be among the proposed demands. Meanwhile, in remarks that may have been directed at the Reformist parliamentarians’ new efforts, President Hassan Rouhani complained May 12 about a lack of executive power.

The lawmakers' letter to the supreme leader will be finalized within the next 30 days, and all eyes will be on the reaction of conservatives, who would like to see the removal of the presidency and the return of a prime minister who answers only to the parliament and the supreme leader.

Meanwhile, according to moderate conservative parliamentarian Yousefian Molla, the revival of the prime minister answering only to the parliament is among the conservatives' demands. Hard-liners and conservatives have long yearned to remove the position of president from the constitution, a change that would consequently lessen the role and power of the popular vote. On May 22, Khamenei stated his opposition to the return of the Prime Ministry but said some modifications would be acceptable.