Will Iran revert to parliamentary system?

A group of parliamentarians are organizing to approach the supreme leader to receive his blessing on possibly reverting to a parliamentary system. 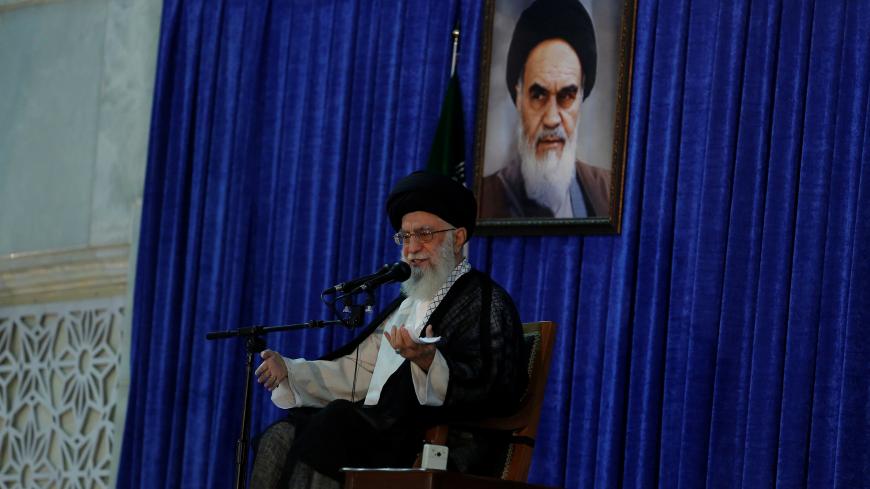 The recurring debate in Iran over reviving the position of prime minister has been resumed. This time, however, the discussion appears to be taking a somewhat more serious turn, with a number of parliamentarians preparing to obtain the backing of Supreme Leader Ayatollah Ali Khamenei to proceed from talk to action.

For a decade after the 1979 Islamic Revolution, Iran had a parliamentary political system. Mehdi Bazargan served as the country's first post-revolutionary prime minister, before his government resigned following Ayatollah Ruhollah Khomeini's endorsement of the US Embassy takeover in November 1979. The last prime minister was Mir Hossein Mousavi, who held the office from 1981 to 1989, concurrent with much of the Iran-Iraq War. Mousavi is currently under house arrest stemming from protests against the disputed 2009 presidential elections.

In 1989, the constitution was amended to abolish the premiership, with the responsibilities of the office divided between the president and first vice president. The move was primarily driven by repeated disputes between the prime minister and president, including tensions over their areas of authority and the appointment of ministers. During the past decade, however, reverting to a parliamentary system has been raised on several occasions.

In 2011, the supreme leader stated, “If one day in the distant or near future, which is not likely to happen in the near future, [the need to change] the presidential system to a parliamentary [one] is sensed, that would be no problem.” A conservative member of parliament has now announced that lawmakers are preparing a letter to Khamenei, asking for his backing to once again amend the constitution.

Following Molla's statement, another member of parliament clarified the thinking in the legislature. “There are two views in parliament,” Mohammad Javad Jamali Nobandegani told a news site on Oct. 3. “Some MPs want the presidential term to be extended, and a number of them seek [to reinstate] a parliamentary system.”

He further explained, “MPs seek to extend the presidential term to seven years in order to prevent the country from being engulfed by the [issue of] elections and campaigns every four years.” Nobandegani added, “These lawmakers believe that by extending the [presidential] term, the country won’t face electoral tensions and conflicts anymore. Besides, seven years is a good opportunity for the government to take control of the country.”

During the current debate over whether the presidency should be abolished, Reformist members of parliament and analysts have mostly kept quiet or have voiced their opposition to such a move. “Changing the presidential system is the end to direct voting by the people, and I’m opposed to it,” wrote Sadegh Zibakalam, a prominent pro-Reform analyst, in the Oct. 3 edition of the daily Ghanoon.