Is the Islamic Republic of Iran On Its Last Elected President?

Ayatollah Ali Khamenei wants to eliminate the elected Iranian presidency, writes Yasmin Alem. The move could resolve a two-decade-long power struggle between the two most powerful men in Iran — the Supreme Leader and the president — by giving Khamenei much more control over the executive office in a new, parliamentary system. 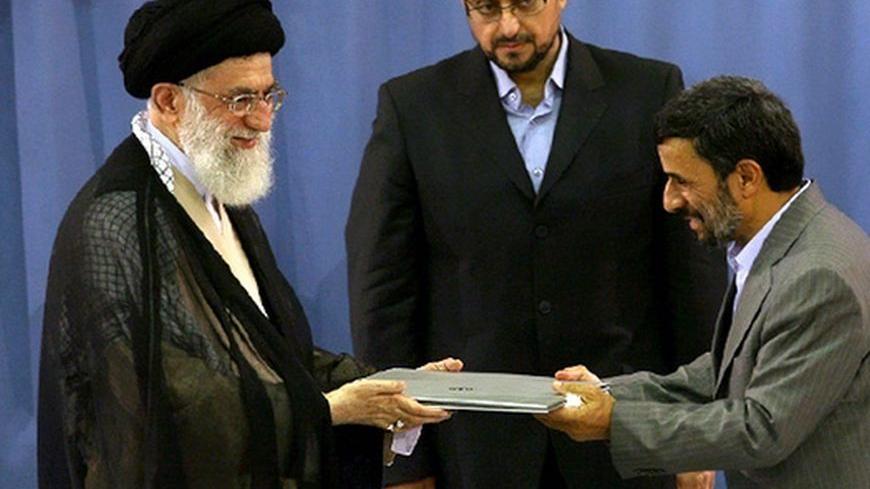 A trial balloon floated by Iran’s Supreme Leader last year is coming closer to reality and with it, the prospect that Iran’s political system will become even less representative of popular will.

Ayatollah Ali Khamenei first raised the idea in October of abolishing the directly elected Iranian presidency by highlighting the regime’s flexibility for institutional change. At the time, his statement elicited an array of reactions from across the political spectrum. His allies in the parliament and the Guardian Council, a body that vets candidates for elected office, swiftly endorsed the proposal, assuring Iranians that well-established legal mechanisms existed for such a change. Abbas Ali Kadkhodaei, speaker of the Guardian Council, told Khabaronline that the changes would not “undermine the republican and democratic values of the regime.”

In contrast, former president Akbar Hashemi Rafsanjani warned that eliminating the presidency would “undermine the people’s power to choose the country’s political direction.” President Mahmoud Ahmadinejad was uncharacteristically tight-lipped on the subject.

The Supreme Leader has taken this notion a step further. In late July, a parliamentary faction was established to assess the conditions for changing the presidential system to a parliamentary one, with the “president” selected by parliament. A newspaper affiliated with Ahmadinejad decried the change as a subterfuge for power-hungry factions that have difficulty getting popularly elected — an ironic comment in view of Ahmadinejad’s own disputed re-election in 2009. (A former Iranian diplomat told Al-Monitor on August 3 that the longtime foreign policy advisor to the Supreme Leader and former foreign minister Ali Akbar Velayati may seek Iran’s presidency.)

Iran’s byzantine political system, established in 1979, has undergone significant transformation in the past 30 years. In 1988, the father of the Islamic revolution, Ayatollah Ruhollah Khomeini, abolished the office of the prime minster and divided its powers between his office and that of a popularly elected president.

The then-president, Ayatollah Khamenei, was closely involved in the process, knowing early on that he would be the next supreme leader. Another architect of the change was Hashemi Rafsanjani, who became the new president, giving up a prior position as speaker of the parliament. Mir Hossein Mousavi, the prime minister, was pushed out of the hierarchy and only re-emerged in 2009 when he ran against the current president, "lost" elections and wound up under house arrest.

Institutional, personal and national security considerations are behind the push for changing the Iranian system.

From an institutional perspective, the bifurcated structure of power in Iran has proven dysfunctional. Abolishing the elected presidency would resolve a two-decade-long power struggle between the two most powerful men in Iran: the supreme leader and the president. While the former constitutionally eclipses the latter, all Iranian presidents have eventually challenged their subservient position and sought to use their directly elected status to stymie Khamenei’s authority and consolidation of power.

The colossal bureaucratic and parallel institutions around the Leader have repeatedly tilted the balance in the Ayatollah’s favor. Nevertheless, the resulting tensions have been corrosive for the regime.

The dual-leadership challenge has also been exacerbated by personal differences. The Supreme Leader has developed an acrimonious relationship with all three of his presidents. The relationship between Khamenei and Rafsanjani — rooted in decades of friendship — eventually turned into acerbic rivalry. Khamenei’s ties with Mohammad Khatami, president from 1997–2005, were even more troubled. The two men constantly clashed over Khatami’s efforts to bring about political and cultural liberalization, which Khamenei and his theocratic ilk considered anathema to the Islamic system.

Finally after 16 years of enduring disobedient presidents, Khamenei is said to have handpicked the hard-line mayor of Tehran, Ahmadinejad, to play the role of pliant national executive. Khamenei appears to have supported Ahmadinejad in 2005, possibly permitting electoral fraud to prevent the apparent number-two candidate, reformist Mehdi Karroubi, from advancing into a second round along with former president Rafsanjani. Ahmadinejad appears to have won that second round fairly, unlike four years later.

In 2009, Khamenei again supported Ahmadinejad and stood by him during the tumultuous protests that followed Ahmadinejad’s re-election. The president, intruding on the Leader’s prerogatives, began removing ministers close to Khamenei and ultimately went too far last year by trying to fire the intelligence minister. The relationship between Khamenei and Ahmadinejad since then has been increasingly tense.

If the past is prelude, the Supreme Leader would likely have another taxing relationship with Ahmadinejad’s successor, independent of the next president’s personality and plans. That is one reason why Khamenei has not backed parliamentary proposals to impeach Ahmadinejad, instead allowing him to serve out his second term.

From a security perspective, the Leader may also seek to avoid a new presidential election. Such events have been a nightmare for the political establishment. While the Iranian system limits the candidates to those vetted by the clerical-led Guardian Council, the national campaigns often bring forth emotional outbursts, high voter turnout and unexpected, potentially destabilizing effects. In recent years, they have either produced an undesirable outcome from Khamenei’s point of view, such as the upset victory of Khatami in 1997, or created instability as in the mass protests that followed the 2009 elections.

The scheduled 2013 presidential elections thus present a formidable dilemma to the Iranian regime: It can hold a tightly controlled election, obviating the possibility of a sudden surprise but risking a lackluster event damaging its popular image, or countenance a freer contest that risks ceding ground to rival power centers or rekindling another revolt.

Recent evidence suggests that the ruling establishment is seriously considering the option of selecting, rather than electing, the executive-in-chief. In a parliamentary system, the executive is even more constrained, less likely to step onto the Supreme Leader’s turf and more easily removed from his post if need be. Impeaching or removing him would be unlikely to ignite popular movements.

Such a transformation requires a constitutional referendum. Ironically, the procedure charges the president with forming an assembly of delegates appointed by the Supreme Leader to revise the constitution under the Leader’s aegis. Parliament’s role in this process is thus peripheral. But the fact that chatter for change has emerged from the legislature could signal a desire to portray the enterprise as a popular demand, rather than a top-down edict.

Despite the limited window for action before next year’s election and its associated political costs, the prospects for abolishing the presidency are now increasingly coming to the fore. It is not clear if the change will happen or not, but if it does, the perennial struggle between the unelected core and the elected institutions of the Islamic Republic will enter a new phase. Iran’s Supreme Leader is well positioned to win the battle, but it is less certain if he can win the war. A parliamentary system could also present challenges to him, given the fractious nature of Iranian politics. Paradoxically, if such a change materializes, the Islamic Republic’s political system will come to more closely resemble the regime it toppled in 1979.

Yasmin Alem is a Washington, DC-based Iran analyst and the author of Duality by Design: The Iranian Electoral System.