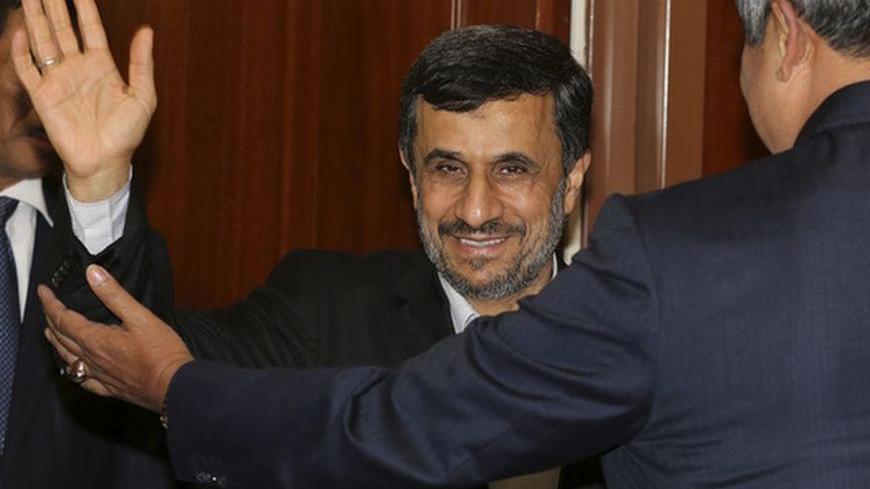 Although Iran’s presidential elections are still more than six months away, analysts are already predicting the likely candidates. Most believe that the Guardian Council, which vets candidates for elected office, will bar anyone who appears to have any propensity to challenge Supreme Leader Ayatollah Ali Khamenei’s authority.

The competition will be among four main political factions:

Since Khatami’s upset victory in 1997 over the Supreme Leader’s anointed candidate, a former parliamentary speaker, Iran’s elections have become more and more controlled by the regime. Iranian Revolutionary Guards and paramilitary Basij are believed to have intervened heavily in 2005 to ensure Ahmadinejad’s victory against former president Ali Akbar Hashemi Rafsanjani, who was seeking a comeback. The plan was implicitly admitted by then-deputy commander of Sepah Mohammad Bagher Zolghadr. In a post-election interview, Zolghadr underscored “a complicated and multi-layer operation” that ultimately guaranteed Ahmadinejad’s victory.

The Basij — who number as many as 11 million and who are found in universities, other state and private institutions, factories and even among tribes — are expected to play a role again in the upcoming elections and could impact the outcome decisively.

The system will support a figure perceived as likely to cooperate with rather than compete with Iran’s leader. However, considering the massive protests that followed the disputed 2009 elections, the regime will not anoint a highly unpopular or controversial figure.

A large or at least respectable turnout is viewed as crucial given Iran’s growing economic and political isolation over its nuclear program. A recent analysis on the Ministry of Information’s website reads, “We must note that one of the most important, fundamental ways to insure the Islamic Republic of Iran against external threats, Zionist regimes’ threats and their hostile actions, is to considerably reduce internal differences and strengthen grassroots support [of the government].”

So far, only one person, former foreign minister Manuchehr Mottaki, has announced his candidacy, but he is considered a long shot. Among those likely to run:

If reformists participate in the elections, their first choice would be former president Khatami followed by his younger brother, Mohammad Reza Khatami, a physician and the first secretary-general of the now-banned Islamic Iran Participation Front, the largest Iranian reformist party. Conservatives maintain that the only way leaders of the reform movement can return to political activities is to perform repentance and publicly express regret over having participated in the 2009 protests.

This hurdle is highly unlikely to be cleared. Therefore, in practical terms, approval by the Guardian Council seems out of the question, despite efforts by Mohammad Khatami to prove his loyalty to the regime. The former president voted in the March parliamentary elections, and on Nov. 4 was quoted as saying that a week after the 2009 election, he met “with Mousavi, and I told him that irregularities were possible but not to the extent to change your votes. [I told him] I am sure that you didn’t gain enough votes.” This statement, which Khatami has not denied, suggests that he is trying to clear his name with the regime.

Two other reformists who did not actively participate in the 2009 protests have a chance to pass the Guardian Council’s filter. Mohammad Reza Aref, a graduate of Stanford University, was a vice president under Khatami. Mohammad Ali Najafi, a mathematician, was minister of science and technology under Mousavi, minister of education in the cabinet of Rafsanjani and head of the Center for Planning and Budget under Khatami.

While Aref and Najafi may secure approval from the Guardian Council, they lack the personality and charisma to mobilize the middle and upper-middle classes. Thus it is questionable whether Khatami would risk his prestige and that of the reformist movement in backing them.

If Ahmadinejad had his way, he would be succeeded by his relation and long-time top aide, Esfandiar Rahim Mashaei. However, Mashaei sits at the heart of the problem between Ahmadinejad and his conservative opponents. Mashaei is described by them as a key member of the so-called “deviant current.” Mashaei’s approval by the Guardian Council is unlikely.

Two more plausible candidates from this group are current official government spokesperson and former member of the Guardian Council Gholam Hossein Elham and the current Minister of Transportation and Housing Ali Nikzad. Nikzad stands a better chance because of a plan that provides housing for low-income Iranians. The problem for these candidates is that they are not well known and their association with Ahmadinejad would be detrimental in large cities — although in smaller cities and rural areas, that could be an advantage. The fact that the group will not be supported by the Leader — or the Revolutionary Guard and Basij — leaves them little chance for success.