Russia dispatched one of its leading diplomats to Tehran this week to urge the Iranians to back off their threat to resume nuclear activities in retaliation for the US “maximum pressure” campaign. 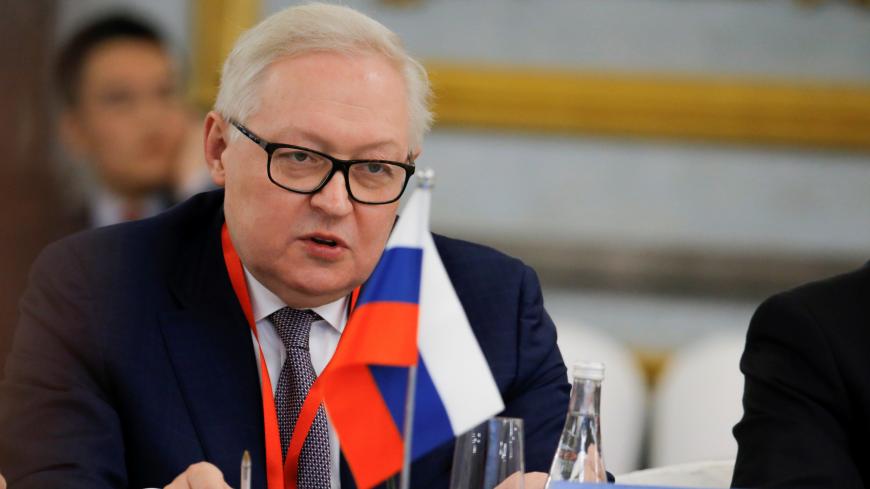 Russia dispatched one of its leading diplomats to Tehran this week to urge the Iranians to back off their threat to resume certain nuclear activities in retaliation for the US “maximum pressure” campaign.

Deputy Foreign Minister Sergey Ryabkov sat down for “a square talk” with his counterpart Abbas Araghchi, the Russian foreign minister said in a statement after the meeting. The Russian envoy sought to dissuade the Iranians from leaving the Non-Proliferation Treaty or following the Donald Trump administration in exiting the 2015 nuclear deal.

Why it matters: Russia appears to be playing an increasing role as a de facto mediator between the United States and Iran as the two countries inch closer to a regional confrontation.

On May 17, President Vladimir Putin said Russia was “not a firefighting squad to be saving this and that” — a colorful metaphor that disguised a multi-level message from the Russian leader to multiple parties. Now Ryabkov is telling both Tehran and Washington to show restraint in adopting measures that could “further complicate” the implementation of the nuclear deal, a sign that Moscow is nevertheless willing to play peacemaker.

The Russian envoy showed empathy toward Iran’s indignation over the US withdrawal from the deal and the Trump administration’s intent to “mount hurdles” to any bilateral dealings with Iran. Most importantly, Ryabkov offered several proposals for how to save the Joint Comprehensive Plan of Action, or JCPOA.

Saving the deal: The Russian proposal first suggests a “comprehensive overview of the state of projects agreed upon earlier within the JCPOA” and to “execute the principles on sustaining international trade and economic cooperation with Iran,” something the signatories to the JCPOA previously agreed to. Ryabkov also asked for an immediate session of the pact’s joint commission to brainstorm ideas for how to provide Tehran with the incentives it needs to remain in the deal.

"We also cautioned the Iranian side against withdrawing from the Non-Proliferation Treaty, which would represent a qualitatively new step in the direction of destabilization,” Ryabkov later told Rossiyskaya Gazeta. “This would have undermined the basis of the international system of nuclear non-proliferation.”

So far the nuclear deal remains “alive,” Nikita Smagin, an Iran expert with the Russian International Affairs Council, told Al-Monitor. But “the odds it will stay are waning each month.”

“Russia is offering some ideas but its own efforts are not enough,” Smagin added. “The position of the Europeans is key here — whether France, Germany and the UK are prepared to exercise the political will to provide for the economic interests of Iran within the framework of the deal. So far the answer is rather no.”

What’s next: Earlier today, the White House announced that top US, Israeli and Russian national security officials — John Bolton, Meir Ben-Shabbat and Nikolai Patrushev — will convene in Jerusalem in June to discuss “regional security issues” — a euphemism for Iran.

Russia may once again raise a proposal Putin first shared with Trump in Helsinki last year to separate Israeli and Syrian forces along the Golan Heights and offer Israel security guarantees against Iranian proxy forces in Syria. Trump’s recognition of the Golan Heights almost nixed the proposal but as the Americans, Israelis and Russians sit together to try to defuse tensions, it may make a comeback in the absence of other alternatives.