In a progress report on would-be EU member Turkey, the European Union slammed the country's human rights record as an endless stream of damning accounts emerges. 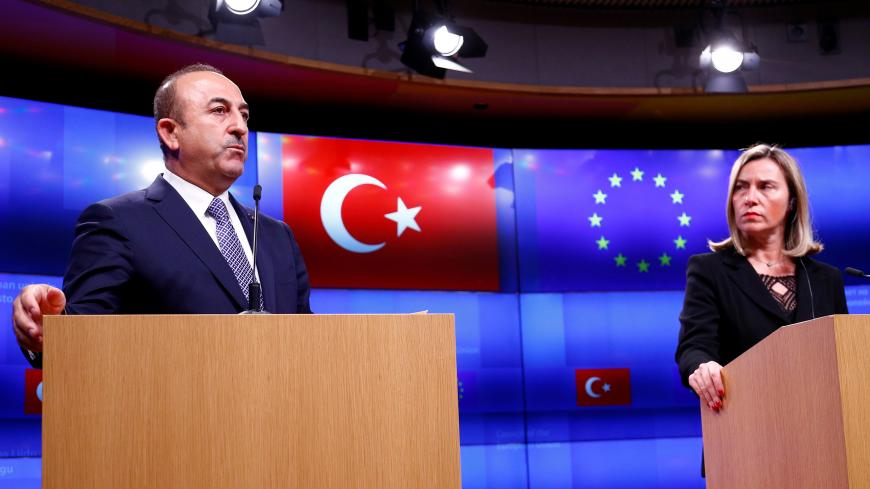 The European Union slammed Turkey’s abysmal human rights record today in its annual progress report on the country’s fading bid to join the bloc. Using some of the harshest language since Turkey formally began full membership talks with Brussels in 2005, the EU commission said the process had “effectively come to a standstill” and that there had been “serious backsliding” in terms of rule of law and fundamental human rights.

The statistics were chilling. As of December 2018, the total number of people in prison without indictment or pending trial is 57,000, which amounts to more than 20% of Turkey’s ever swelling prison population, the commission said. The body also took aim at the annulment of mayoral elections in Istanbul in March won by the pro-secular main opposition after 25 years of rule by President Recep Tayyip Erdogan’s Justice and Development Party and its Islamist forerunners. The commission argued that it went “against the very core of a democratic electoral process — that is to ensure that the will of the people prevails.”

In a further stain on Turkey’s record, the Ankara Bar Association announced this week that it had credible information that former Turkish diplomats being held in pre-trial detention in Ankara had been tortured and published its findings. Its report is based on interviews with six former ministry personnel at the Ankara police headquarters where they are being held. According to media reports, 105 such people are in police custody.

The former diplomats are all thought to have been purged for their alleged connections to Fethullah Gulen, the Pennsylvania-based Sunni cleric who is accused of orchestrating the failed 2016 coup. Thousands of others were expelled from the ministry on the grounds that they cheated on the entrance exam with help from Gulenist operatives who slipped them the answers in advance.

Emma Sinclair-Web, Turkey director for Human Rights Watch, has been monitoring the case. She told Al-Monitor, “We have credible allegations of torture in Urfa and now of former ministry of foreign affairs personnel being tortured in Ankara.” Sinclair-Webb was alluding to a separate case of police abuse that was reported in the southeastern province of Urfa. It followed the mass detentions of 54 people in connection with the May 18 murder of a police officer.

The Urfa Bar Association said that the detainees included women and three children and that least 12 of the adults had been badly beaten, some subjected to electric shocks, with visible marks of torture on their bodies. The Urfa Chief Public Prosecutor’s Office has launched a formal investigation into the claims.