Through a series of legal restrictions, security campaigns and acquisitions, Egypt is increasing government power over foreign media broadcasting outlets. 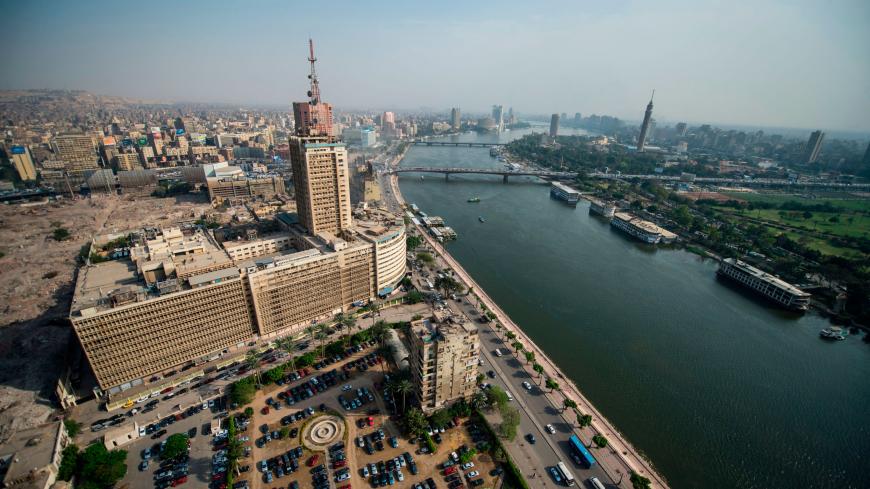 CAIRO — Egypt is continuing its crackdown on the media, warning against the use of mobile communications equipment — such as news vans equipped with satellite dishes — to broadcast outside the studios of the state’s Giza-based media complex, Egyptian Media Production City (EMPC).

Egypt’s Supreme Council for Media Regulation (SCMR) issued a reminder April 27 to TV channels and broadcasters with satellite news gathering units. Its statement said the council had "spotted some companies broadcasting from outside the city and violating Law 180 of 2018."

Egyptian opposition member and former head of the Dostour Party Khaled Dawood said he was only able to appear on an April 24 TV show airing on Deutsche Welle Arabic TV channel via Skype.

“The Associated Press Television News (APTN), the current provider of broadcasting services to the German DW channel, had refused to allow DW to host me in Egypt, since Egyptian security services had denied it the necessary permits,” Dawood told Al-Monitor.

Broadcast service companies are connected through satellite news gathering units. These companies operate in the news industry and provide foreign channels with event coverage and guest platforms across Egypt.

Until 2017, broadcasters operated under licenses from the International Telecommunication Union (ITU), which provides satellite frequencies to foreign channels under contracts.

The official noted that during that month, Egyptian police raided several broadcasters, accusing them of operating without licenses, of offering broadcasting services to Muslim Brotherhood channels and of working against national security. Egypt considers the Muslim Brotherhood, a Sunni Islamist group, a terrorist organization.

“We were surprised by a police officer who came to the company's office and asked about the license. We showed him the ITU license but he said it wasn't issued by the state,” Gohar told Al-Monitor. “The officer confiscated [the ITU licenses of] five broadcast stations in our company's office, worth $500,000. An investigation was opened against our company on charges of operating without [proper] licenses and undermining national security.”

According to SCMR Secretary-General Ahmed Salim, “SCMR issued in October 2018 warnings to six broadcasting companies not to air outside the EMPC without an SCMR permit.” Salim told Al-Monitor that the penalty for violating the warning or possessing unlicensed broadcasting equipment could reach five years in prison, "in accordance with the Press and Media Law 180 of 2018."

Commenting on the limitations, Gohar said, "Broadcasters’ cameramen were banned from using LiveU [portable broadcasting] equipment while covering events outside their office. These restrictions [and earlier ones], in addition to complicated licensing requirements, led all small studios and broadcasters to close their doors. Two major broadcasters followed suit: Video Cairo Sat closed its offices in Egypt in late 2017 after the security crackdown, followed by ITS Production at the end of 2018.”

The source pointed out that independent foreign channels, especially European ones, tend to work with independent broadcasters that are not state-owned. The source said that despite the considerable money the Egyptian Media Group spent on the Arab News Agency to dominate the broadcasting market, foreign channels still prefer not to deal with the Egyptian Media Group.

“Foreign channels have protocols that prevent them from working with state-owned companies. They fear these companies won't be impartial,” another official at a broadcasting company in Egypt told Al-Monitor on condition of anonymity.

Also, Gohar said, “Foreign channels are turning to international media services such as APTN amid the closure of most local broadcasters.”

Gohar said Cairo News Co. does not interview members of groups banned under Egyptian law, such as the Muslim Brotherhood and the April 6 Movement, to avoid violating the law and so as not to jeopardize its monthly operation license.

Dawood told Al-Monitor that broadcasters that would interview him on foreign channels would ask him not to overtly attack the Egyptian government, to spare them problems. “The renewal of the license on a monthly basis prompted broadcasters to reject foreign channels’ demand that opposition figures be interviewed, in order to keep getting their licenses.”

He continued, “The pressure exerted on these broadcasters aims to muffle opposition and keep it from having access to foreign media. This comes after opposition figures were banned from appearing in the local media controlled by the state."