A new committee in Egypt designed to monitor TV series to make sure they abide by customs and traditions has been met with mixed reactions. 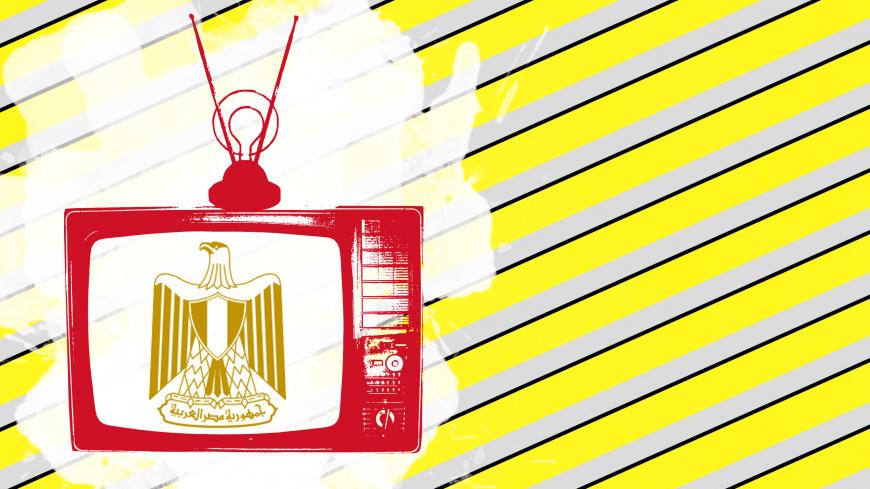 CAIRO — Egyptian Ramadan TV series have an extensive record of controversy between state authorities and TV channels: Are they in line with family values, customs and traditions? Do they reflect society well or do they harm Egypt’s image abroad?

Faced with this recurrent debate, the Egyptian Supreme Council for the Administration of the Media established in December a specialized committee to monitor TV series and weed out the ones that are against the country's customs and traditions. The decision raised criticism and concern within Egyptian artistic and cultural circles, as well as questions about the future of Egyptian drama.

At the committee’s third meeting Jan. 3, in the presence of the heads of Egyptian satellite channels, the participants agreed that the TV channels will not sign a contract or broadcast any drama productions that have not previously received a permit from the General Directorate for the Censorship of Artistic Works, a body that reviews the scripts of films and drama series and gives them permits to shoot.

In the past, the directorate had expressed dissatisfaction that the satellite channels did not care whether the series they aired had this permit or not. Amid last Ramadan’s controversy on the series aired on TV, the directorate’s head, Khaled Abdel Jalil, complained in an interview with Shorouk News on May 28, 2017, about his inability to stop the broadcasting of series that do not hold a permit, as the censorship body has no legal authority over the channels.

According to Ahmed Salim, the secretary-general of the Supreme Council for the Administration of the Media, the new committee will set standards for drama producers in Egypt to abide by during the series-filled season of Ramadan 2018.

In an interview with Shorouk News published Dec. 12, Salim said that the committee, studying the TV series aired during the last Ramadan, observed many violations such as offensive words and topics that are contrary to Egyptian customs and traditions.

He said that these series ruined Egypt’s image and that is why the committee, which consisted of art critics, directors and members of the film sector's professional organizations, was formed to control these series.

Salim also stressed that the committee would not seek to censor the work of writers but cooperate with the TV channels to ensure that the drama series that violate the committee’s criteria will not be aired. “We aim to provide a clean screen that will preserve the customs and traditions of Egyptian homes. We do not want any scenes of violence, drug use or any other bad examples,” he said.

The Supreme Council for the Administration of the Media, formed in April 2016 by a presidential decree of Abdel Fattah al-Sisi, is authorized to fine or suspend broadcasts or temporarily close down TV channels that broadcast materials it classifies as immoral or in violation of professional standards. In 2017, it suspended several TV programs and advertisements, some of which criticized the current regime’s policy, including one that draws attention to difficulties of finding clean water.

Salim said that the new committee, headed by well-known Egyptian director Mohammed Fadel, is also in charge of developing TV programs and planning the production of state-funded dramas.

Art critic and Egyptian writer Tariq El Shennawi, a critic of the formation of the committee, believes that “developing and improving series” is just a cover to have greater control over the media and the right to impose greater censorship.

“The Supreme Council for the Administration of the Media has this great desire to introduce artistic works that go in line with the traditions of society and policies of the state, and respect the conservative nature of the Egyptian community, and with time the committee’s secret objective shall be revealed, which is to impose censorship,” Shennawi told Al-Monitor.

Fadel responded to Shennawi’s remarks, pointing out that the committee aims to promote drama, communicate with series’ producers and emphasize the importance of the role they play in society.

He told Al-Monitor, “The mayhem of Egyptian series over the past years is no secret. The situation is dreadful, and all we aim to do is communicate with writers and directors. I do not see the harm in talking things over.”

The Supreme Council for the Administration of the Media formed last October a similar committee to control the sports media, which monitors abuses in sports programs and reports to the council.

Speaking about the drama series mayhem, Shennawi said, “Yes, productions mainly focus on commercial artwork, but that does not mean we need to impose censorship." He noted that people should be allowed to watch whatever they want.

Writer Fatima Naoot also called the committee a new attempt by the state to impose guardianship on “art and creativity” and play the role of the “father” of the Egyptian people. “Do you consider the Egyptian people as a child who needs to be monitored and his shows censored?” she asked.

Naoot told Al-Monitor that some dramas are really good while others lack creativity and the audience should have the right to choose what they prefer to watch. She said, “Poorly written series will die out on their own; there is no need [for the state] to ban them,” noting that censorship destroys societies instead of developing them.

In September, Paris-based Reporters Without Borders (RSF) issued a report expressing concerns about businessmen close to the government and the intelligence services being in charge of a number of Egyptian media outlets. On Nov. 22, the presidents of five channels, which were mentioned in RSF’s report, decided to reduce the cost of TV dramas and set up a ceiling for series purchases and artist wages.

Meanwhile, art critic Magda Khairallah said there should not be concerns about the committee’s censorship, noting, “This step will not be effective in light of technological developments that allows [people] to stream banned programs on the internet.”

Khairallah told Al-Monitor, “If any restrictions are imposed on drama creators in Egypt, they will simply resort to judicial authorities, which have already succeeded in allowing the screening of the banned film 'Rouh’s Beauty.'”

She added, “They will also resort to alternative solutions such as filming and producing in studios outside the country and broadcasting them on non-Egyptian channels, thus eliminating Egyptian drama production.”