Egyptian cinema was considered a pioneer in featuring strong female characters 50 years ago; is this trend making a comeback in Ramadan TV series now? 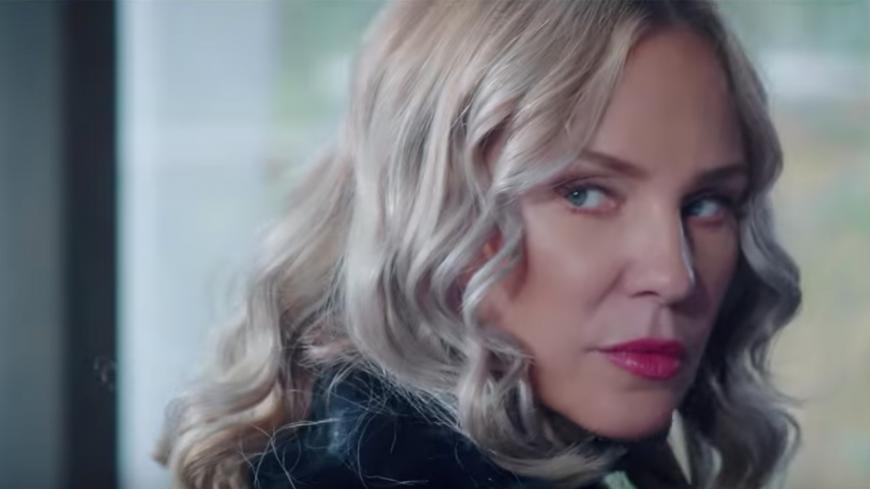 CAIRO — Eleven of the Egyptian series flooding TV screens, billboards and websites this Ramadan feature women in leading roles, making Egyptian actresses the winners of the rating wars that occur during the period of fasting each year in Egypt.

Some 34 Ramadan series are broadcast this year on satellite TV, YouTube and internet channels. While actors still have more leading roles (in 35% of series), actresses come close, for the first time, with 32% of the series featuring women in leading roles. This marks a sharp rise from last year's Ramadan TV season, where only seven series out of 27 had females in leading roles.

The number of TV series with female leads continued to rise after Ramadan last year, with popular series such as the drama "The Street Behind Us," starring Dorra, and "My Soul Has Gone," the Arabic version of the American comedy "Drop Dead Diva," in which a model is reincarnated as a brilliant but oversized lawyer, starring Engy Wegdan. Out of a total of 13 series broadcast since last Ramadan, six featured strong female protagonists.

The presence of strong female roles has been a subject of discussion for film critics, who have divergent views on what contributed to this increase. Some consider it a natural reflection of the focus on women in Egypt following President Abdel Fattah al-Sisi's declaration that 2017 was “the year of women.” Others say that TV series, unlike cinema, have traditionally been more female-friendly anyway because of their focus on family entertainment, particularly during Ramadan. Still others claim that actresses in leading roles were so rare in the 1980s and 1990s that an improvement was inevitable. The question is whether this will be reflected in Egypt's cinema, as it had been in the 1950s and 1960s, when the big screen was one of the pioneers of the Middle East with iconic female stars and strong female roles.

Asked why actresses have been featured more prominently in TV series both after Ramadan 2017 and during this Ramadan season, Tarek al-Shennawy, a professor of art criticism at the Higher Institute of Cinema, told Al-Monitor, “Television brings the family together. In this sense it is different from cinema whose audience are mostly men and young women. Housewives and the elderly hardly ever go to the movies; they watch TV series instead. Having actresses star in TV series is widely welcomed by women who love and appreciate TV series more than films.”

Shennawy pointed out that in the 1990s women lost ground in films as Egyptian film producers turned to action and crime films, which were popular globally at the time. “These are not the type of films with many leading female characters,” he said.

Kamal Ramzy, a leading film critic who writes for Al-Shorouk and El Tahrir newspapers, told Al-Monitor that the female leads in the 1980s and 1990s in cinema and TV productions were at an all-time low, a reflection of women’s secondary role in other parts of society, such as politics or business, at the time. “Following years of marginalization in the '80s and '90s women have managed to restore their place in society only now,” he said.

He explained that the lack of appreciation and respect for women in society in general was the reason film producers and directors did not create strong and complex female characters in their productions. “After 2017 was declared 'the year of the women,' producers also started including more visible and more complex female characters in their productions,” he said.

The 1960s witnessed the rise of three main Egyptian stars: Faten Hamama, Magda al-Sabahi and Soad Hosny. In the '80s and '90s, the presence of Egyptian actresses in leading roles in cinema productions came almost to a halt. Since the 2010s, a few actresses have starred in iconic roles, such as Hend Sabry in "Asmaa" and Menna Shalabi in "Nawara.”

Magda Morris, a critic who works at El Watan and Al-Ahram newspapers, said that women's involvement in TV series as writers, directors and producers was the reason behind the increase in the leading roles offered to women on TV, as they have started including realistic and complex female leads.

“During the past years, women such as producer Mai Mishal and actresses such as Mona Zaki and Hend Sabry have entered the field of production. Meanwhile some actresses proved themselves as directors including Kamla Abou Zekri, whose series 'A Girl Named Zat' and 'Women’s Prison' starred Nelly Karim.”

She added, “Not only have women excelled in the fields of production and direction, they also excelled in writing. One example is Mariam Naoum, who wrote the script of 'A Girl Named Zat' and 'Women’s Prison.' Female producers, writers and filmmakers are better at choosing and developing roles that suit women than their male counterparts.”

Film critic Nader Adly told Al-Monitor that the successes women are achieving in the world of TV are only expected and that it is more of an evolution than a breakthrough.

“Both the public and critics describe this as a breakthrough, but the truth is that the number of women in TV productions was so low that it was bound to improve,” he said, arguing that the reason for this was due to the women in the sector themselves. “There were those who insisted on starring in action and revenge movies that did not suit women, such as Nadia El Gendy and Nabila Obeid, and others such as Yousra, Elham Shahein and Layla Olwy, who settled for supporting roles as ‘temptresses’ or ‘muses’ leaving the leading roles to male stars such as Adel Emam and Mahmoud Abdel Aziz."

Adly concluded, “The present generation should fight for the restoration of leading roles for females. Current developments reflect the importance and the number of women in TV series, and I hope that the theaters will soon witness films starring Egyptian women."