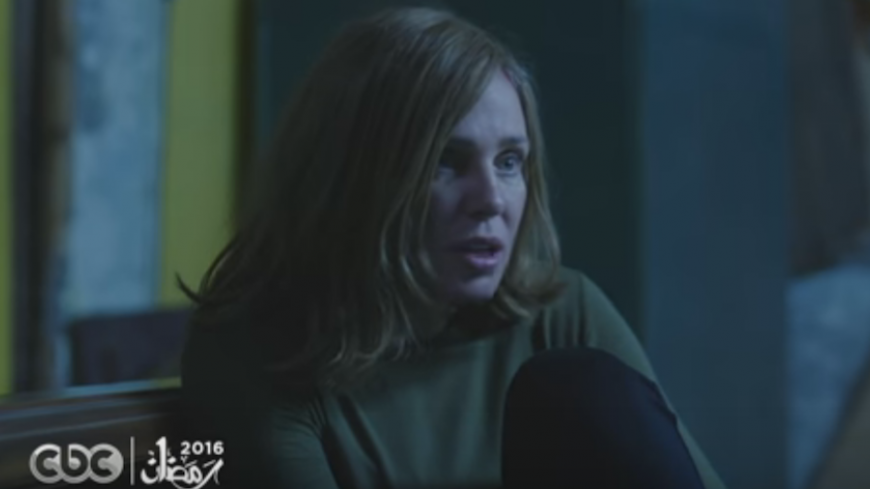 A scene from this Ramadan's season of "Above the Level of Accusations" on CBC Drama. - YOUTUBE/CBCDrama

Thus, it was no surprise when the National Council for Women announced June 12 the foundation of a committee dedicated to monitoring and observing depictions of women in TV programs, commercials and series during the month of Ramadan. The committee would also prepare a final assessment at the close of Ramadan that would issue recommendations in the hopes of effecting change in the status quo.

Dina Husayn, a member of the National Council for Women, stressed to Al-Monitor that the committee’s work is not only limited to dramatic productions, but extends to shows and commercials as well. She said, “From the first day of Ramadan, women’s images are being tarnished.”

She expressed her astonishment at the reprise of the role of the psychologically ill woman in numerous series this year. “The actress Yousra appeared in the series, ‘Above the Level of Accusations,’ playing the role of someone who had been psychologically ill since her youth, believing that everyone around her hated her and was seeking to exact vengeance against her. The actress Nelly Karim, who appeared in the series ‘Free Collapse,’ killed her husband and sister after the two of them betrayed her, and was committed to a psychiatric clinic. Actress Laila Elwi appeared in the series ‘Da Vinci and Her,’ where she is treated in a psychiatric clinic and copes with a personal demon that appears to her in the form of Da Vinci. There is also Ghada Abdel Razek in the series ‘Al-Khanka,’ which puts her in the Al-Khanka [psychiatric hospital] after a businessman’s son rapes her.”

Husayn added, “Psychological illness is no shame. But there’s a difference between addressing the subject in a single series and doing so in two, let alone four. This gives off the impression that Egyptian women are suffering from some sort of psychological disorder.”

She noted that it is likely that the committee’s work will continue after Ramadan is over, observing films, series and TV programs throughout the year, and organizing a roundtable conference of drama specialists to uncover the effects of these works on the public’s image of women, and put in place a joint vision for preventing any of the likely negative effects. She stressed that this is the first time that there is interest in monitoring and observing the public’s image of women within a broader framework to encompass TV programs and commercials.

The Consumer Protection Agency’s Administrative Board issued a statement on June 12 to halt broadcasting four TV commercials — for Juhayna milk, Birell nonalcoholic beer, and Dice and Cottonil underwear — “for violating social norms and traditions, and departing from public morality.” These commercials had irritated some people when they were first broadcast at the beginning of Ramadan and were described as “a breach of public morality and inciting sexual harassment.”

Husayn said that the National Council for Women had “directly pressured the Consumer Protection Agency to remove these ads because they encourage sexual harassment, and they yielded to that pressure.” She added, “We are embarked on a major battle with wealthy interests in order to shut down these ads, and it is not an easy battle.” She stressed that “the council will not be an idle spectator to any attempt at insulting women.”

Despite these criticisms, the Ramadan series have revealed a positive aspect, namely that female-dominated series have occupied a large space of the dramatic works, reaching 13 series out of a total of 30. In previous years, female protagonists had been limited to just one or two traditional actresses like Yousra or Elwi.

Intisar al-Sa’id, the director of the Cairo Foundation for Development and the Law, told Al-Monitor that the phenomenon of female protagonists was an encouraging development, insofar as it gives women a major role in dramatic productions and Egyptian cinema. However, she frowned on the idea of mixing between the slums and the presence of dancers and voodoo, which suggested that the slum areas include negative role models. She said, “The [lower income] neighborhoods contain millions of [strong women], and they receive a decent education. It's not right to describe all slum dwellers as morally corrupt.”

Sa'id added, “I would have hoped that Egyptian drama would treat women fairly and dignify them with decent roles since the revolutions of January 25 and June 30, for women are the heroes of the political scene in Egypt and the reason for the [country’s] success in those electoral trials in recent years."

"The production market needs successful role models for women, along the lines of [those who appeared in] previous Ramadan series that portrayed women in [powerful roles], like the 2014 series ‘Womens’ Prison’ starring actress Nelly Karim,” she said. That series featured models of Egyptian women who had endured great hardship, suffered from oppression and ended up in prison. She stressed that today women’s roles are being reduced to the commodity of their bodies.

Fuad al-Sa’id, an expert at the National Center for Social and Criminal Research, told Al-Monitor that, in his view, Egyptian drama is a key feature of society, transmitting images and concepts in a streamlined way. He believes that continuing to perpetuate stereotypes about women will entrench these stereotypes among viewers, especially if dramatic producers are indifferent to these stereotypes and are solely interested in profits. That’s an extension of this phenomenon. He said, “Drama is a powerful factor in influencing [people] especially if the viewer has no cultural background.”

Sa’id believes that the solution might lie in forming committees of viewers composed of media professors, expert dramatists and intellectuals who could ascertain public opinion concerning artistic endeavors and direct criticism to negative dramatic works that further entrench a social reality biased toward men that deprives women of their rights.