The box office failure of "Withered Green," one of the most-decorated Egyptian films internationally, came as no surprise to some critics. 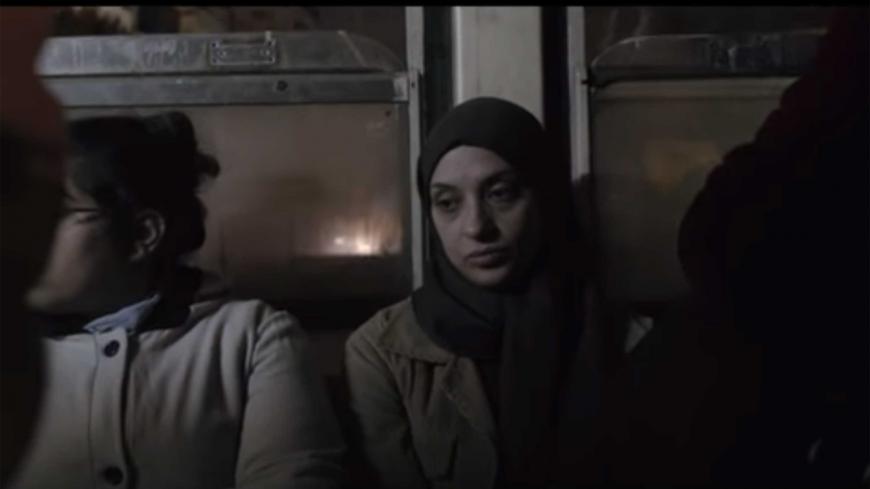 A still taken from a trailer of the film "Withered Green." - YouTube/11 Productions

CAIRO — “Withered Green,” an independent film by a young Egyptian director, has won awards in Egypt and abroad but has been a disappointment at the box office. In mid-November, several Egyptian cinemas removed the film from their schedules after it made just 112,000 Egyptian pounds ($6,300) in 15 days at Egypt’s most popular film theaters, Zawya, Mall of Arabia, Golden Stars and Zamalek.

The film, written and directed by Mohammed Hammad, portrays the struggle of middle-class women against traditions and religious beliefs, even though they enjoy financial independence. The film tells the story of Iman, who works hard to support herself and her sister Nuha as their parents have died. When a young man asks for Nuha's hand in marriage, Iman is forced to ask an uncle to attend the engagement ceremony because as a woman she is not allowed to sign the marriage agreement.

Hammad told the media that the reason for selecting amateur actors was to introduce new faces to the public, so that the film would be judged by its own merits rather than reflect the viewers' preconceptions based on the presence of familiar faces or famous film stars.

Many critics said that the low budget resulted in the film not being well-received by the public compared with other films released around the same time, such as “Sheikh Jackson,” which reaped around 7 million Egyptian pounds ($393,000) between its Oct. 4 launch and mid-November.

“Film directors [of independent films] are not [necessarily focused] on public success,” journalist and film critic Magda Khairallah told Al-Monitor, pointing out that independent films, even those that win awards, seldom receive high profits at the box office. “I don't think they expect or earn that kind of success in the first place. Mohammed Hammad broke all the traditional rules of Egyptian cinema and it’s natural that viewers would not respond well to that the first time.”

She said, “Hammad broke all the rules starting with the film's poster that he decided would not show any of the stars, in contrast to other Egyptian film posters that copy creative ideas of foreign film posters. The poster for 'Withered Green' was designed in a creative way that is unfamiliar to the Egyptian public. Hammad also broke the rules in choosing who would star in his film. He decided not to use well-known names who would be commercially successful. Finally he broke with tradition in the narration, lighting and decor so that the film’s star appears to have a normal daily life without the usual hustle and bustle of dramatic conflicts at the level of narration and execution.”

While Khairallah said the film’s commercial failure was a natural outcome of Hammad’s efforts to produce something unfamiliar, other critics do not see it as a failure at all — despite its low profits.

“One thing that sets apart independent productions by young cinematographers is the low production budget,” cinema critic Nader Adli said. “Sure, 112,000 pounds in revenues may seem low compared with other recent Egyptian films such as 'Sheikh Jackson,' 'The Cell' and 'Al-Kenz,' but it covered its production costs. Its low revenues can't be compared with those of professional films or taken separately from the cost of production, because 112,000 pounds could mean a reasonable profit margin for the production team.”

He added, “We are talking about a different kind of cinema — films by young cinematographers featuring amateurs that are built on basic ideas and with low production costs, including salaries. But those involved hold the key to creativity in breaking the rigid rules of cinema and boldly going beyond the familiar, giving real opportunities to unknown young artists who might well take the place of today's box office stars in a few years because of the opportunity they have been given early on by 'Withered Green.'”

Tariq al-Shennawi, a professor of art criticism at Cairo University's Higher Institute of Cinematic Arts, agreed, saying that the absence of well-known stars from any film can limit its ticket sales, but that the revenue of "Withered Green" showed that sections of the Egyptian public want to see films from outside the mainstream. He told Al-Monitor that the film’s ticket sales were actually a great success given that it did not feature any famous names.

Rami Abdul Razzaq, a journalist and online art critic, said the film would attract the attention of Egyptian cinema and film directors, giving its stars more opportunities to take part in productions with large budgets. He said "Withered Green" had uncovered several young, up-and-coming talents who will soon take their place among the professional stars of Egyptian TV series and films.

Indeed, Ali has since played a role in the TV series “Layla,” while Fawzy starred in the Ramadan drama “Free Fall” in 2016 and in “The Account Collects” in 2017.