Egypt recently announced an ambitious plan to plant 100 million olive trees by 2022, as the country imports 98% of its olive oil needs. 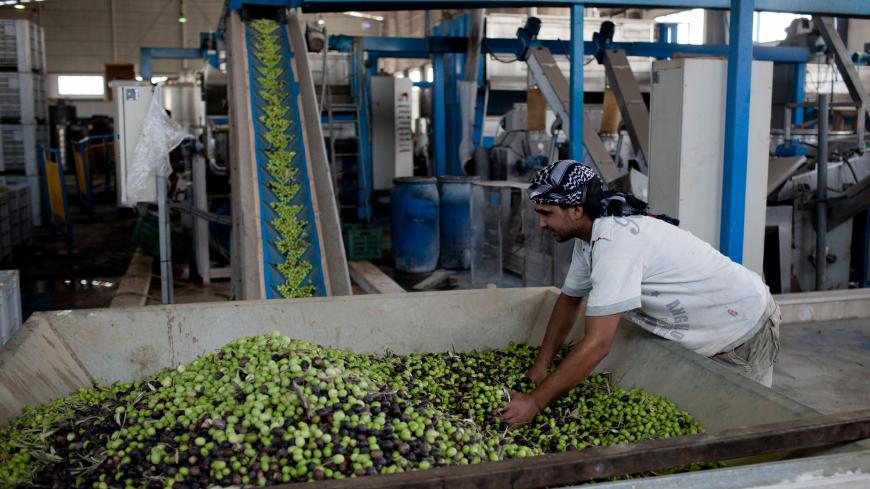 Egypt's Ministry of Agriculture and Land Reclamation has recently announced its ambitious plan to plant 100 million olive trees by 2022 by offering many land plots to investors. Though Egypt is the world's second-largest exporter of table olives, the government is now fighting tooth and nail to boost the olive oil production, considering that Egypt is a major importer of olive oil.

On April 23, Agriculture Minister Ezz El Din Abu Steit announced Egypt's strategy to increase its productivity of oil varieties in the coming years with the key aim of extracting olive oil. Abu Steit, who is also the president of the International Olive Council (IOC), said the country will allocate more plots for the cultivation of varieties of olives.

These plots include 10,000 acres in Upper Egypt's West Minya and 25,000 acres in Matrouh and oases in the Western Desert. Both Egyptian and foreign investors can invest in these lands. Meanwhile, the government will offer 10,000 acres in El Tur area in the southern Sinai Peninsula for Egyptian investors only, according to the minister. No distribution of lands has been made so far.

Abu Steit’s announcement came during the international symposium hosted by Egypt in coordination with the IOC, on investment opportunities in the olive sector. The symposium has raised many questions about olive cultivation in Egypt, besides the remarkable discrepancy between Egypt's importation of 98% of its olive oil needs, while most of its olive production is only used in pickling (table olives).

Head of the Egyptian Farmers Syndicate Hussein Abu Saddam told Al-Monitor that the government's plan to reach 100 million olive trees means that there will be an olive tree for every citizen.

"This step is inevitable. We import 98% of olive oil demands, though the olive tree is the most suitable tree to be cultivated in the country since it can be planted in different types of soil and does not consume large quantities of water," Abu Saddam argued.

Meanwhile, Abu Saddam noted that cooperating with investors is a must to revive olive oil production. “We need well-equipped factories to extract and produce olive oil. These factories should be established near the plots planted with olives. So it is very important to breathe new life into agricultural investment,” he said.

Regarding the challenges facing farmers, Abu Saddam explained that besides the expansion of the cultivation of olive trees, the government must develop a plan to combat the diseases affecting olive trees, especially black mold that interferes with the trees' productivity.

"In general the olive harvest season starts in mid-September and lasts until mid-November and the olive cultivation exists in the governorates of New Valley, Bahreha, Sinai, Fayoum, Assiut, Ismailia and Giza. Cultivation of large close areas facilitates the use of automated harvest systems, a matter that will reduce harvest cost and ensure higher profits," he added.

According to the IOC, Egypt is the world's second producer of table olives after Spain. Egypt produced 450,000 tons of table olives in the 2018/19 crop year, while Spain produced 613,000 tons.

Abu Steit said that President Abdel Fattah al-Sisi issued Decree No. 560 of 2017 on the approval of Egypt joining the International Agreement on Olive Oil and Table Olives, which was adopted in Geneva. The agreement aims to enhance technical cooperation in the olive oil sector besides carrying out activities to develop this sector.

"Opening doors for Egyptian and foreign investors to invest in olive cultivations is definitely a step forward. It comes within the framework of Egypt's strategy for sustainable development 2030, which aims at achieving a comprehensive agricultural renaissance based on innovation, intensifying knowledge and encouraging investments," Gamal Gad, professor of agricultural economics at Cairo University's Faculty of Agriculture, told Al-Monitor.

The “100 million olive trees” is a national project and will help offer many job opportunities besides injecting hard currency into the state coffers, he said.