Democrats are blaming the Donald Trump's "maximum pressure" campaign for Tehran’s decision to resume some enrichment activity constrained by the 2015 nuclear deal. 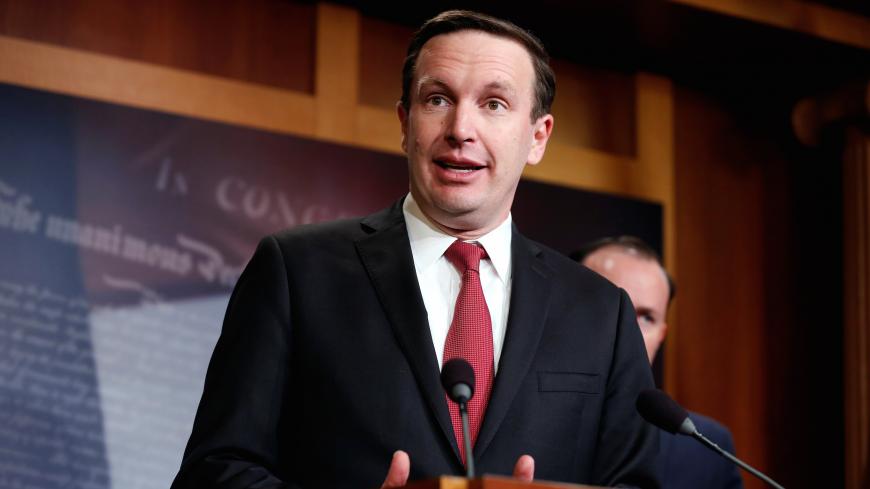 Senator Chris Murphy (D-CT) speaks after the senate voted on a resolution ending US military support for the war in Yemen on Capitol Hill in Washington, US, Dec. 13, 2018. - REUTERS/Joshua Roberts

Tehran’s announcement today that it will walk back some of its commitments under the 2015 nuclear deal prompted swift backlash on Capitol Hill, most of it from Democrats bashing the Donald Trump administration for potentially provoking a nuclear crisis.

Democrats piled on the president for withdrawing from the pact, arguing that it paved the way for Iran’s decision to begin stockpiling uranium and heavy water and resume enriching uranium in 60 days barring financial relief from the Europeans and other parties to the deal. Republicans, meanwhile, were split between declaring victory or dismissing Iran's threatened rollback of its nuclear commitments as a “bluff.”

“This is disastrous news and a massive failure by the Trump administration,” Sen. Chris Murphy, D-Conn., the top Democrat on the Senate’s Middle East panel, said in a statement. “Iran’s moves to restart their nuclear program are a direct consequence of the Trump administration withdrawing from the Iran deal and Trump’s blind, meandering, escalatory Iranian policy.”

“When the US unilaterally pulls out of a diplomatic deal, that was going to follow,” Kaine told Al-Monitor. “It was one of the worst mistakes this administration has made.”

While Trump withdrew from the deal last year, it has escalated its “maximum pressure” campaign against Iran in recent weeks. Over the past month, Trump has designated the Islamic Revolutionary Guard Corps (IRGC) a terrorist organization and suspended waivers that had allowed several countries to continue to import Iranian oil.

Last week, the Trump administration also eliminated other waivers that had allowed Tehran to exchange its enriched uranium for unrefined yellowcake uranium from Russia and export its excess heavy water to countries such as Oman. And today the administration announced new sanctions on Iran's iron, steel, aluminum and copper sectors.

The top Democrat on the Senate Armed Services Committee, Jack Reed, D-R.I., faulted that series of moves as the impetus for Iran’s decision.

“It’s a series of actions by the administration — declaring the [IRGC] a terrorist group, eliminating the waivers in terms of oil — all of that is producing a counter-reaction from the Iranians, creating a potentially very serious situation in the region,” Reed told Al-Monitor.

Senate Foreign Relations Committee Chairman James Risch, R-Idaho, declared it a “sign of desperation and a clear signal that maximum pressure is achieving our desired effects.”

“The regime is now faced with a sharp choice between its current malign activity and behaving as a responsible member of the international community,” Risch said in a statement. He labeled Iran’s argument that it was in partial compliance with the deal a “non-starter,” stating, “you’re in or you’re out.”

“Their economy is in free fall,” Rubio told Al-Monitor. “The last thing they can afford to do is to cut off the final places they’re trying to do business with.”

Others saw hope for a new nuclear deal.

“We’re now in danger I suppose, but it’s an opportunity at the same time,” the top Democrat on the Senate Foreign Relations Committee, Bob Menendez, D-N.J., told Al-Monitor. “I would hope the Trump administration would engage with our allies and use Iran’s stated purpose to renegotiate to actually engage in negotiations that could actually achieve the goal we want.”

But even supporters of the nuclear accord who favor a renegotiation are skeptical.

Richard Nephew, a former sanctions coordinator for the Barack Obama administration, pointed to Iran’s 60-day ultimatum as an issue.

“This is the escalation ladder that I and many others have warned about,” Nephew wrote on Twitter. “Because now neither side has any inclination to back down and both will take steps to make that much harder.”

Indeed, national security adviser John Bolton announced earlier this week that the United States was hastening the deployment of an aircraft carrier group and a bomber task force to the Middle East due to alleged intelligence assessments that Iran is planning attacks on US or allied forces in response to the pressure campaign. And US Secretary of State Mike Pompeo stopped by Iraq on Tuesday to warn against any attacks by Iranian militias against US troops there.

“I think it was intentionally ambiguous. We’ll have to wait to see what Iran’s actions actually are,” Pompeo said. “They’ve made a number of statements about actions they threatened to do in order to get the world to jump. We’ll see what they actually do.”