Democrats are concerned the Donald Trump administration may use emergency powers to bypass Congress on arms sales to Riyadh. 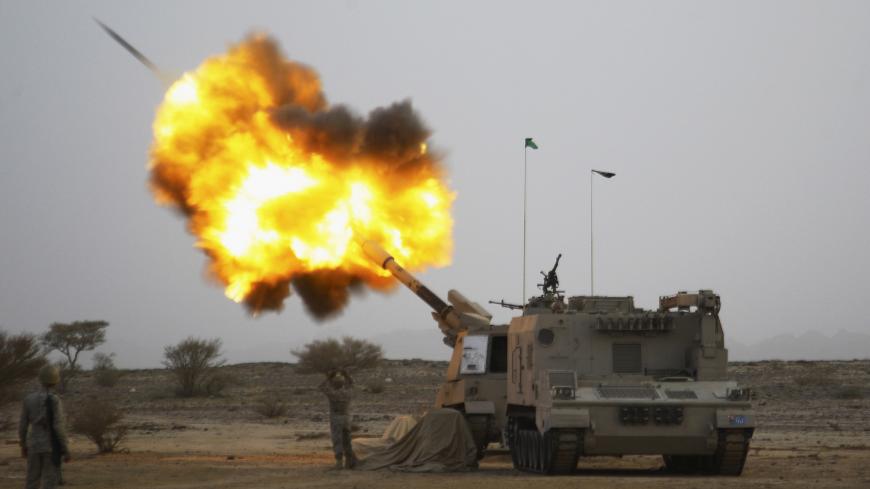 Democrats and anti-war activists are sounding alarm bells that the Donald Trump administration intends to enact rarely used emergency powers to transfer precision-guided munitions to Saudi Arabia in an end-run around Congress.

The looming battle over arms transfer comes after the House attached legislation ending US support for the Saudi-led coalition in Yemen to a must-pass defense spending bill on Tuesday. Trump vetoed a similar stand-alone bill last month.

The very next day, Sen. Chris Murphy, D-Conn., an original co-sponsor of the Yemen war powers resolution, blew the whistle on the unusual arms sales maneuver. Congress has blocked the sale of bombs to Saudi Arabia since last year because of concerns for Yemeni civilians.

“I am hearing that Trump may use an obscure loophole in the Arms Control Act and notice a major new sale of bombs to Saudi Arabia (the ones they drop in Yemen) in a way that will prevent Congress from objecting,” Murphy tweeted. He went on to assert that “there is no new emergency reason to sell bombs to Saudi Arabia to drop in Yemen” and that “Trump knows he would lose a vote on the sale in Congress.”

The top Democrat on the Senate Foreign Relations Committee, Bob Menendez, D-N.J., echoed Murphy’s concerns in a statement today, adding that the emergency provision could include an arms sale to the United Arab Emirates: “In addition to suffering the reputational problems of delivering deadly weapons to governments that clearly misuse them, US defense firms should exercise extreme caution that they are not opening themselves, their officers and their employees to criminal and civil liability by exporting weapons pursuant to potentially invalid licenses.”

“My understanding from multiple contacts is that the emergency [Trump's] citing is going to be Iran and the emergency in the Gulf. My guess is it’s related to the tankers and Houthi drone attacks.”

Menendez has placed a congressional hold on the sale of more than 120,000 precision-guided munitions to the Saudis and Emiratis since May 2018, which they need to replenish their diminishing stockpiles.

“My understanding is that the precision-guided missiles are the centerpiece of this arms sale, which is the exact munitions that they’re using to drop on civilian infrastructure inside Yemen,” Murphy told Al-Monitor. “They’re the precise weapons that the [Barack] Obama administration refused to sell to the Saudis because they believed that if we did, we would be complicit in human rights crimes.”

But the potential human rights violations may give Congress the avenue it needs to overrule Trump on the sale.

Brittany Benowitz, a lawyer with the Forum on the Arms Trade and former defense adviser to the Senate Foreign Relations Committee, noted that another provision in the Foreign Assistance Act could allow lawmakers to use an expedited resolution based on civilian casualties to override any emergency declaration.

“I think it’s moot,” Benowitz told Al-Monitor. “The Congress has the power to overrule him on this.”

Benowitz added that eight out of 10 unlawful coalition strikes on Yemeni civilians involve the precision-guided munitions.

Anthony Weir, who handled legislative affairs in the State Department under Obama, also noted that “the language isn’t clear” as to whether Trump can use an emergency declaration for countries other than Israel, Japan, South Korea, Australia, New Zealand or NATO allies.

However, he noted that didn’t stop President George H.W. Bush from doing it for arms sales to Saudi Arabia in the aftermath of the Iraqi invasion of Kuwait in 1990. “I’m confident it probably has happened a few other times,” he said, “but it’s fair to say it’s an extremely rare step.”

Still, an emergency declaration could force Congress to race against the clock.

“The question that’s unknown right now is whether or not the weapons in the sale are already stockpiled,” said Kate Kizer, the policy director for Win Without War, a coalition of activist groups opposed to the weapons sale. “If they’re stockpiled they could get delivery done very quickly. If they’re not stockpiled, it could take two years or however long to manufacture them.”

Kizer noted that the Trump administration may also use the emergency powers mechanism in the Arms Export Control Act in sales to Jordan and Thailand.

“My understanding from multiple contacts is that the emergency he’s citing is going to be Iran and the emergency in the Gulf,” Kizer told Al-Monitor. “My guess is it’s related to the tankers and Houthi drone attacks.”

Republicans have blamed Iran for an attack on four oil tankers — two Saudi, one Emirati and one Norwegian — near the Strait of Hormuz earlier this month. The Houthis have also claimed credit for a recent attack on a Saudi oil pipeline.

Democrats, meanwhile, have prioritized ending support for the Saudi coalition in Yemen.

On Tuesday, the House Appropriations Committee voted to attach the Yemen war resolution Trump vetoed last year to their annual defense spending bill on a 30-22 party line vote. And Sen. Tim Kaine, D-Va., told Al-Monitor that he tried to attach a similar provision to the Senate’s annual defense authorization bill during a vote this week, only to have Foreign Relations Chairman James Risch, R-Idaho, forestall a committee vote over procedural issues.

But Democrats may have better luck with the Senate’s defense spending panel.

Three of the panel’s Republicans — Sens. Susan Collins, R-Maine, Lisa Murkowski, R-Alaska, and Jerry Moran, R-Kansas — joined Democrats in March to pass the Yemen war powers resolution 54-46 despite Trump’s veto threat. And another member, Sen. Lindsey Graham, R-S.C., has introduced a bill with Menendez that would end offensive arms sales to Saudi Arabia and other forms of support for the Yemen coalition.