The Donald Trump administration cited Iran as the justification to invoke emergency powers to transfer arms to Saudi Arabia and the United Arab Emirates over congressional objections. 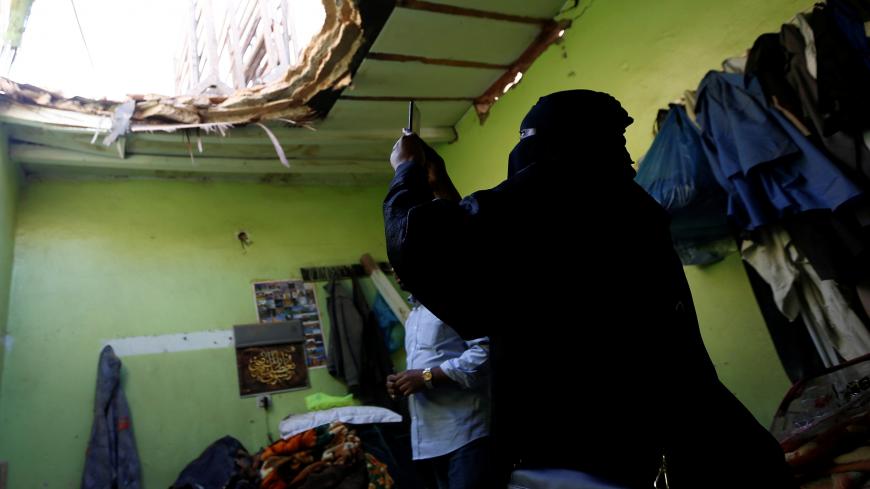 The Donald Trump administration is citing the “fundamental threat” of Iran to justify its end-run around Congress in providing several billion dollars’ worth of bombs and other weapons to Saudi Arabia, the United Arab Emirates and Jordan.

In a notification to Congress obtained by Al-Monitor, Secretary of State Mike Pompeo invoked an emergency powers exemption to arms export controls to proceed with 22 arms sales worth $8.1 billion. The transmittal comes the same day that Trump confirmed plans to send an additional 1,500 troops to the Middle East to counter Iran.

“Iranian malign activity poses a fundamental threat to the stability of the Middle East and to American security at home and abroad,” the State Department justification states. “Current threat reporting indicates Iran engages in preparations for further malign activities throughout the Middle East region, including potential targeting of US and allied military forces in the region.”

In a press statement explaining his decision later in the afternoon, Pompeo suggested Congress has put the United States and its allies at risk with its arms holds.

“Delaying this shipment could cause degraded systems and a lack of necessary parts and maintenance that could create severe airworthiness and interoperability concerns for our key partners, during a time of increasing regional volatility,” the press statement reads. “These national security concerns have been exacerbated by many months of congressional delay in addressing these critical requirements, and have called into doubt our reliability as a provider of defense capabilities, opening opportunities for US adversaries to exploit.“

The document references Iranian support for proxies throughout the region, including Hezbollah, Hamas and Islamic Jihad, but focuses primarily on Yemen’s Houthi rebels.

“The Houthis have greatly increased regional instability, threatened the global economy, destroyed infrastructure, and terrorized the Yemeni people,” the document states. It references the Houthis’ blockage of humanitarian aid, which the United Nations has condemned, and threats the rebels pose to oil shipping lanes in the Red Sea and Persian Gulf.

The document alleges that Houthi missile and drone attacks as well as cross-border raids “have resulted in the deaths of over 500 civilians,” without providing a source for that claim. And it makes no mention of the thousands of Yemeni civilian casualties that have resulted from the Saudi coalition’s bombing campaign against the rebel group.

The justification references a classified briefing that Pompeo, acting Assistant Defense Secretary Patrick Shanahan and other officials gave Congress earlier this week. That briefing was not well received by Democrats, some of whom accused the Trump administration of misrepresenting the intelligence on the threat posed by Iran.

The sales listed under the emergency powers provision include millions in Raytheon-made precision-guided munitions as well as aircraft support for Saudi Arabia and the UAE. It also permits the UAE to transfer nearly $1 billion in laser-guided bombs to Jordan, which is a member of the Saudi-led coalition fighting the Houthis in Yemen.

While Saudi Arabia and the UAE account for the bulk of the transfers, a handful of other countries are also mentioned. South Korea, for example, is allowed to transfer $76 million in Boeing-made aircraft panels to Saudi Arabia, Israel and India. And arms transfers are permitted to Britain, France, Spain, Italy and Australia, even though the justification does not specify the threat that Iran poses to those countries.

Sen. Bob Menendez, D-N.J., the top Democrat on the Senate Foreign Relations Committee, issued a blistering statement today, arguing that the justification “described years of malign Iranian behavior but failed to identify what actually constitutes an emergency today.” In addition, he added, “it failed to explain how these systems, many of which will take years to come online, would immediately benefit either the United States or our allies and thus merit such hasty action.” Menendez, who has had a hold on 120,000 precision-guided munitions to the Saudis and Emiratis since May 2018, went on to note that he is in discussion with other Democratic and Republican lawmakers “to expeditiously address this latest attack on our constitutional responsibilities.”

Sen. Chris Murphy, D-Conn., who first raised the alarm bells over the pending emergency declaration earlier this week, argued that it sets an “incredibly dangerous precedent that future presidents can use to sell weapons without a check from Congress.” He said he was “currently working on legislation to restrict arm sales so we can get back in this business of helping set critical foreign policy.”