Local and international civil groups came together in Beirut to create an urban forest as part of a larger project to restore the heavily polluted Beirut River. 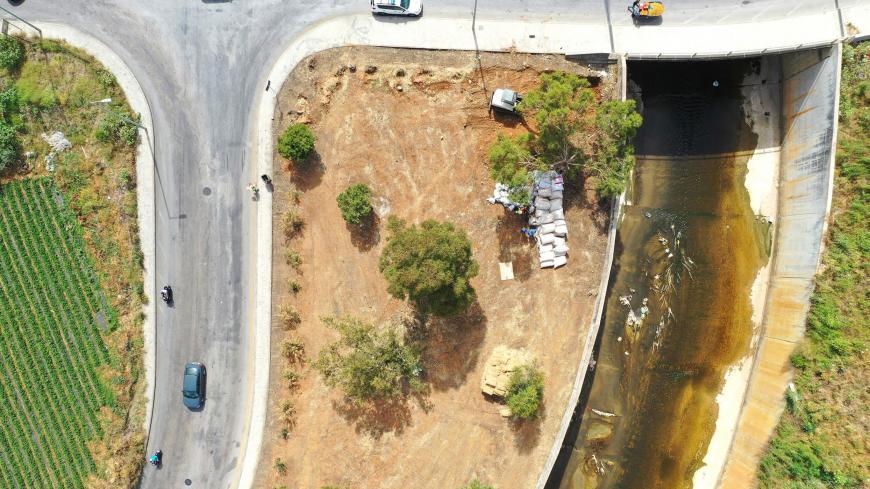 A satellite photograph of the site of Afforest and TheOtherDada's urban forest project, Sin el Fil, taken in Beirut, Lebanon, May 24, 2019. - SUGi/Al-Monitor

BEIRUT — On the banks of the sour-smelling Beirut River, a group of environmentalists and locals cleared a plot of land for an ambitious project to create a forest in Lebanon’s capital.

The Sin el Fil district's new urban forest is the product of an intensive workshop held from May 24 to 29. A new crowdfunding application called SUGi was launched the same day as the workshop to gather support for the urban forest and other environmental projects.

The project was run by the Lebanese architecture and environmental organization TheOtherDada, in collaboration with the India-based social enterprise Afforestt. Established in 2011, Afforestt has assisted in establishing hundreds of self-sustaining forests around the world, using a method created by Japanese biologist Akira Miyawaki. It seeks to make forests into what they would have been had it not been for human interference through planting a wide variety of native flora in a compact space.

The most striking thing about these forests is their density, with four trees per square meter and closely packed bushes making the area almost impassible after a few years of growth.

However, Shubhendu Sharma, the founder and director of Afforestt, explained to Al-Monitor that the density is remarkable not because it is unnatural, but because of the prevalence of manmade forests, which usually only have one tree per square meter.

“We have been conditioned,” Sharma told Al-Monitor. “Most people don’t go to a natural forest and it’s not taught in schools; we don’t have a reference. We just assume trees should be a certain distance apart. But even here you have very dense natural forests only one hour outside of Beirut."

Sharma stressed that the use of native seeds is the most important aspect of the urban forests the company creates.

Sharma said, “In the past, the trend was that some guy would go to Australia or to Holland to get a plant, introduce it to your country and everyone would pay premium prices. The local stuff would be ignored as if it were useless."

Sharma added that this approach is damaging not only to local nurseries but also to the environment and the population. He pointed to the introduction of paper mulberry and conocarpus trees in major Pakistani cities that released vast amounts of pollen into the air and resulted in outbreaks of asthma and allergies.

The urban forest will include some 800 native trees. Sharma told the workshop, “Everything we need should be found within 100 kilometers of the site.”

Afforestt’s work in Beirut is part of a broader project run by the Lebanese architecture and environmental organization TheOtherDada. This project, called Beirut RiverLESS, seeks to address a focal point of the city's pollution issues, the Beirut River. 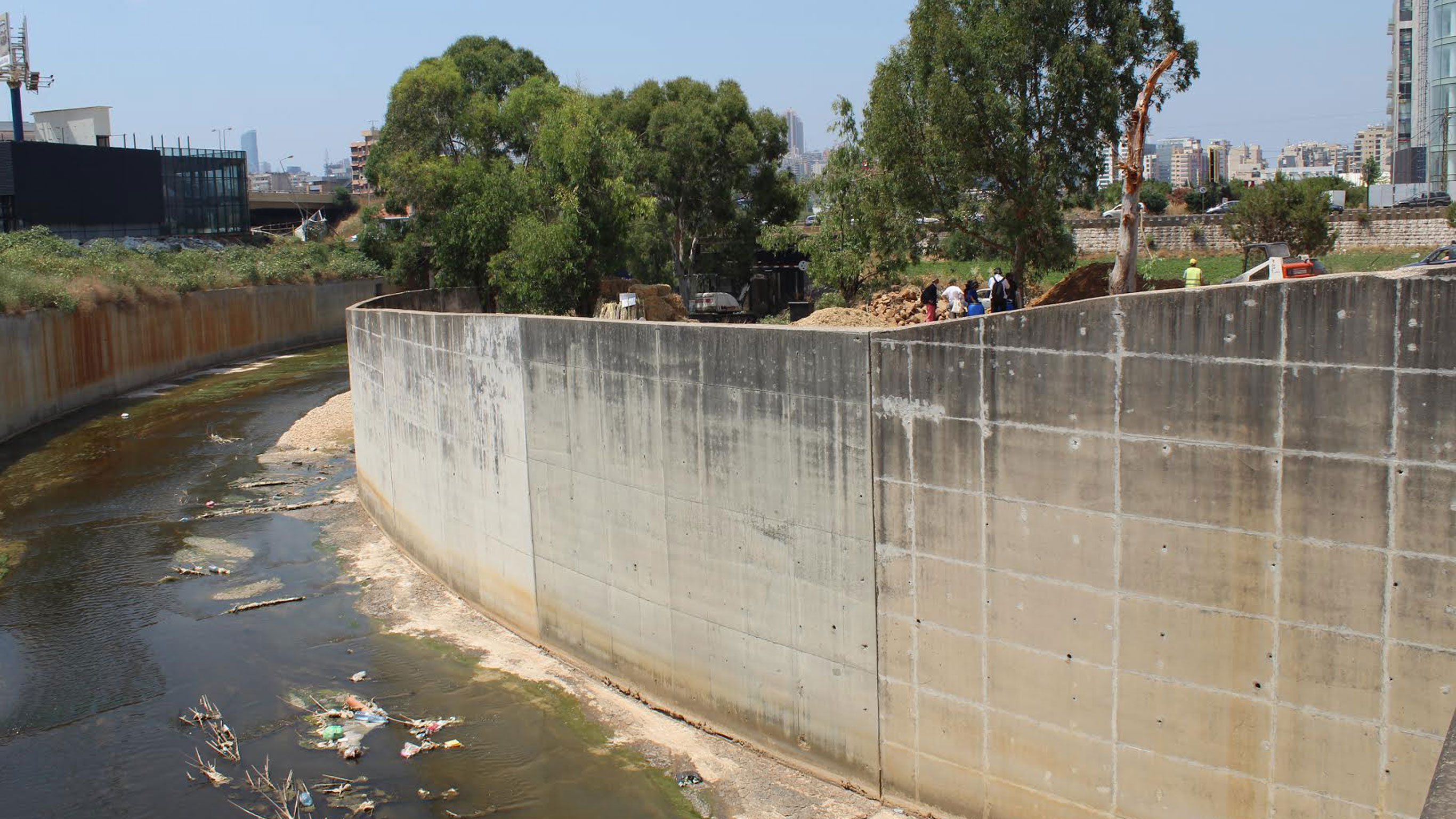 The Beirut River and the site of Afforest and TheOtherDada's urban forest project, Sin el Fil, is seen in Beirut, Lebanon, May 27, 2019. (Sam Brennan/Al-Monitor)

Flowing from the Lebanese mountains to the Mediterranean Sea, the river has a long history of human interaction. As far back as 50 BCE, the Romans built an aqueduct after taking the city from the Phoenicians.

Adib Dada, founder of TheOtherDada, said that concrete bank construction in 1968 marked “the official death of the river.” The situation only got worse as the river became a dumping ground during the 2015 trash crisis, with piles of garbage lining its banks.

Dada told Al-Monitor the river had become cut off from the community, leading to massive environmental deterioration. He said, “The idea is that when you have a no man's land you can have all these abuses because no one is monitoring it.” Slaughterhouses dumped their industrial waste and stormwater drains diverted raw sewage into the river.

More absurd examples of this poor treatment include the dumping of red dye into the water by a textile factory, turning the river blood-red. An exotic animal smuggler left his pet crocodile, which evaded capture for some time because “with all the scraps and food, he was not able to be baited.”

The river is a far cry from decades ago, when Armenians from the neighboring Bourj Hammoud district celebrated the water festival Vardarvar on its banks without fear of industrial pollution or crocodile attacks. The urban forest is one step in a long journey to clean the river and bring it back into the community.

Afforestt’s unique style of planting brings with it a spate of benefits for both the river and neighboring communities. The Miyawaki method’s mix of natural fertilizes helps roots grow quickly, reaching a meter deep within three months. The strong roots hold the dirt secure while allowing rainwater to seep into the ground instead of washing over the topsoil, a recurring issue for the flood-prone area.

Careless pumping of groundwater in Lebanon, where half of the 50,000-80,000 private wells are estimated to be illegal, has resulted in seawater filling the aquifers, making the ground saline. The concrete only added to this problem by stopping fresh water from soaking into the ground. The new forest will be one of the few spots that will help regenerate the fresh groundwater supply.

There are also health benefits as the dense forest cleans the serious air pollution in the area, Dada explained. He said, “We are not only addressing CO2 but we are also talking about scrubbing pollution and matter in the air.”

The urban forest is showing the scope of pollution in the Beirut River and the city. Dada said, “We are using the river to touch on all these other issues because the problem with the river is huge."