Turkey is counting on President Donald Trump to waive US sanctions if Turkey takes delivery of the Russian air defense system. But any possible leniency would face significant obstacles in Congress. 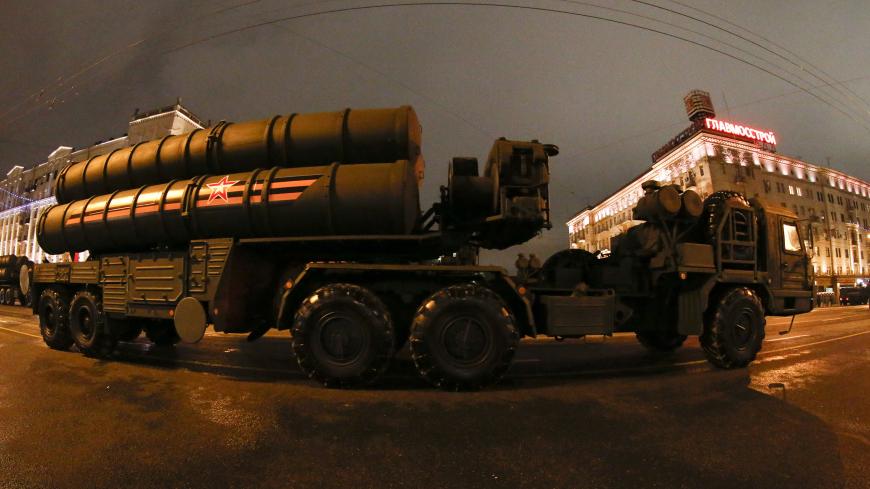 But any possible exemption would face significant obstacles in Congress even if Trump got on board.

The sanctions risk comes from a 2017 law, the Countering America’s Adversaries through Sanctions Act (CAATSA), targeting the Russian military and defense industry and its customers. Turkish presidential spokesman Ibrahim Kalin told reporters in Washington on Tuesday that Ankara “will expect President Trump to use his power for a waiver on that issue.”

Yet the law offers relatively little flexibility to the president; CAATSA drew a sharp rebuke from Trump even as he signed it into law in 2017. Congress expanded the waiver authority in last year’s defense authorization bill at the request of former Defense Secretary Jim Mattis, who called for leniency “to ensure we have the footing to support these nations whose goal is to end reliance on Russian weapons sales.”

But experts tell Al-Monitor that the move to expand the waiver authority was intended to support US allies in Asia trying to step back from longstanding defense ties with Moscow. Turkey, a NATO ally that has long been close to the West, presents a far different case.

Turkish officials say the $2.5 billion S-400 purchase is a “done deal” and President Recep Tayyip Erdogan has called for co-production of a new system, indicating that cooperation with Russia could go on after the defenses are put in place. Meanwhile, the United States insists that the S-400 deal threatens NATO’s interests and is incompatible with Turkey’s participation in the F-35 fighter jet program.

“It was clear Congress meant this [waiver authority expansion] to apply to countries that were making good faith efforts to move away from the Russian defense sector, even if they couldn't do much immediately, like India, Indonesia and Vietnam,” said Neil Bhatiya, an associate fellow and sanctions expert at the Center for a New American Security, a Washington think tank. “No one made mention of Turkey as a good candidate for that kind of leniency.”

India has also purchased the Russian air defense system, but is seen as a key partner in US efforts to counter China, making it eligible to avoid sanctions under last year’s exemption. Mattis’ acting successor, Patrick Shanahan, who welcomed his Turkish counterpart to the Pentagon for talks on the S-400, has identified China as the top national security threat to the United States.

With the S-400 delivery expected to take place in June, a defense official told Al-Monitor that Turkey faces a decision on whether to accept a US counteroffer. Under that deal, the official said, Ankara would receive Patriot missile defenses borrowed from a US ally between 2020 and 2024, when the United States would deliver Turkey-owned batteries at a significant discount.

Even after bilateral talks appeared at an impasse this week, Shanahan called his Turkish counterpart Hulusi Akar “a strategic partner” and said that their Tuesday meeting was conducted without a notetaker, a sign that the United States still thinks it can resolve the situation. “We remain hopeful that Turkey will abandon its desire to obtain the S-400, and we are in ongoing discussions and consultations with them to get beyond that issue,” Pentagon spokesman Charles Summers said.

The S-400 standoff is something “I am expecting we’ll able to solve,” Shanahan told reporters outside an honor cordon with the Albanian defense minister today. "We’re closer," after the Akar meeting, he added.

Testifying before the Senate Foreign Relations Committee earlier this month, Pompeo said he had communicated to Turkish officials that Ankara would be kicked out of the F-35 program if it takes delivery of the S-400. Turkey has plans to purchase 100 American fighters and has sunk $1.25 billion into the program as the manufacturer of the fuselage and other parts. In a failed effort to assuage concerns about Russian snooping on US technology, Turkey has said it won’t connect the S-400 to the same network as NATO systems.

Pompeo stopped short of confirming that the S-400 deal would trigger US retaliation. But Congress has insisted that Turkey will be sanctioned if it accepts the Russian system.

“Turkey is an important partner in the F-35 program, but it is not irreplaceable,” the leaders of the Senate foreign relations and defense panels wrote in a New York Times op-ed earlier this month.

“If the president tried to certify to Congress that Turkey's taking delivery of the S-400 did not violate any of the [listed] criteria, Bhatiya said, lawmakers “would look for any avenue to try to push back.”