The sale of more than 100 fifth-generation fighter jets is in jeopardy amid worsening US tensions with its NATO ally. 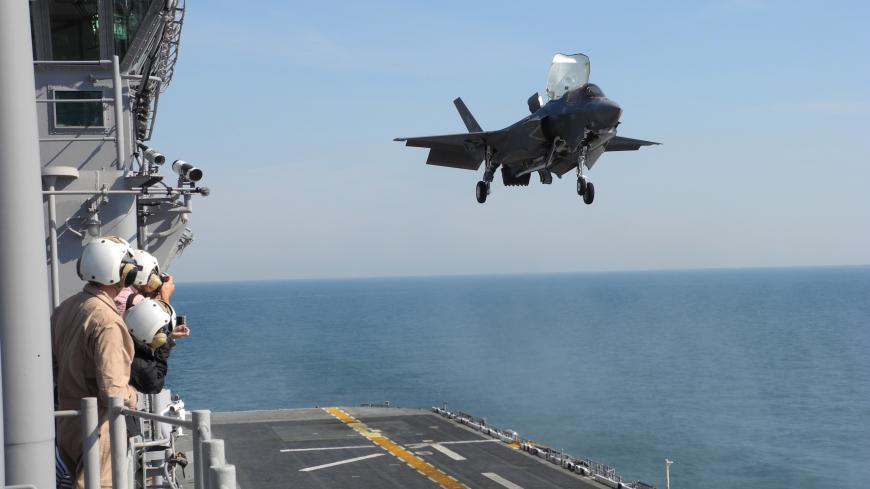 An F-35 fighter jet performs a vertical landing on the USS Wasp during sea trials off the coast of Virginia, Oct. 18, 2011.

The Donald Trump administration faces growing pressure from US lawmakers to freeze the sale of F-35 jets to Turkey as the NATO ally holds an American pastor in jail and pushes to acquire Russian military equipment.

The Senate Armed Services Committee this week advanced must-pass annual defense legislation that calls on the administration to remove Turkey from the fifth-generation fighter program over its detention of Andrew Brunson. The equivalent House bill, meanwhile, would hold up major arms sales to Turkey until the administration submits a report on the state of US-Turkish military and diplomatic relations amid Turkish efforts to buy the Russian S-400 air defense system.

The Senate bill, which has not yet been made public, also calls on the administration to sanction Turkey if it purchases the S-400. Last month, Turkey said it would move up the delivery of the $2.5 billion system to July 2019.

Some lawmakers are also pressing the administration to block the F-35 sale under last year’s Countering America’s Adversaries Through Sanctions Act, or CAATSA, which targets entities that do business with sanctioned arms firms. The Barack Obama administration first sanctioned S-400 maker Almaz-Antey in 2014 for its alleged role in Russian interference in Ukraine.

Earlier this week, House Foreign Affairs Committee members asked Secretary of State Mike Pompeo if he had decided whether Turkey should be penalized under the law, which could potentially jeopardize the F-35 sale.

“I have not,” Pompeo told Rep. Ted Poe, R-Texas. “We continue to work to keep the Turks in a place where they don’t actually acquire the S-400.”

The debate has caused a fury in Ankara, which insists that neither the State Department nor Congress can block the sale. Turkish Foreign Ministry spokesman Hami Aksoy said at a press conference May 25 that the detention of US pastor Andrew Brunson and the S-400 purchase were “different issues” that should have no bearing on the F-35 sale.

“This is not a program managed solely by the US,” Aksoy said. “It is a multinational program and we expect everybody to fulfill their obligations.”

Turkey has ordered more than 100 of the jets, but since Ankara inked a deal with the State Department to co-produce an air system for the fighter jet in 2002, the deal isn’t proceeding through typical US government channels. Turkey can also deduct its contributions to the F-35 from the sale price.

Asked for comment, the Turkish Embassy in Washington pointed out that flight tests of Turkish-flagged F-35 jets recently occurred at a Lockheed Martin facility in Fort Worth, Texas. Ankara insists the first jets will be delivered in June.

Senate aides said the pending bill would prevent the Defense Department from transferring the jets to Turkey “in title.” Yet it’s not clear that lawmakers want to push past the State Department, which says it can give a final veto for the sale.

“I think there’s a question as to what impact that would have on the program’s supply chain,” a committee aide, speaking on condition of anonymity, said about the provision. “It’s a clear statement of concern about where the relationship has been going.”

The fears conveyed in the Senate bill are resonating inside the Trump administration. US officials have expressed concern that the S-400 is not interoperable with NATO systems, and that a Turkish purchase of that system could give Russia greater access into the F-35’s sensitive technology.

“We have been clear that we have serious concerns for Turkey’s potential acquisition of the Russian S-400 system and how it could adversely impact Turkey’s participation in the F-35 program,” a State Department official told Al-Monitor.

Defense Secretary Jim Mattis, however, has called for a waiver authority for CAATSA, telling lawmakers last month that it could hamper relations with countries trying to move away from legacy Soviet military systems.

Pompeo will soon get the chance to try to sway high-ranking Turkish officials from Russian military purchases when Foreign Minister Mevlut Cavusoglu visits the United States on June 4. That’s the same week that Senate aides expect the text of the defense bill to come out ahead of a vote on the floor.