IDF’s new Chief of Staff Aviv Kochavi is now formulating a new multiyear plan that should address threats such as the thousands of rockets fired at Israeli cities. 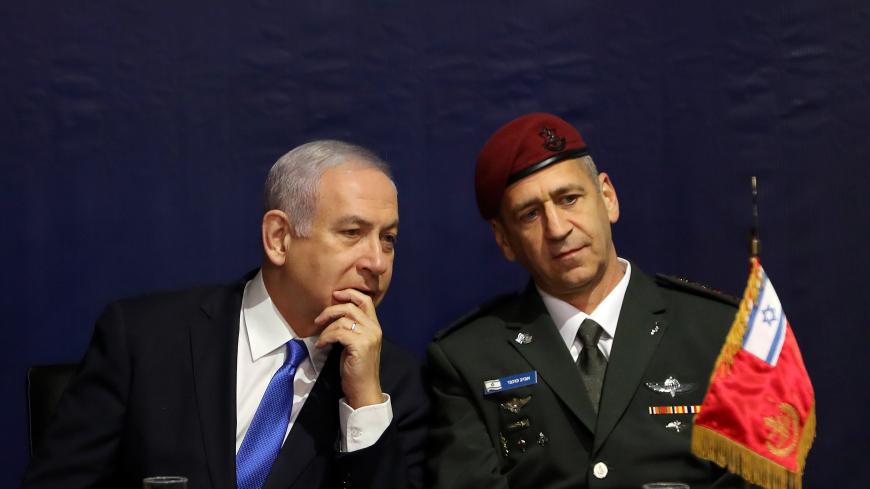 The first Lebanon war in 1982 was the last time Israel was able to declare a crushing military victory on the battlefield. In a ground forces maneuver that included armored divisions operating along three axes — the coastal, central and eastern ones — the Israel Defense Forces (IDF) reached Beirut and the Damascus-Beirut Highway, overcoming the forces of Yasser Arafat’s Palestine Liberation Organization, various Lebanese militias and the Syrian army. However, the war culminated in disaster, with the slaughter of Palestinian residents of the Sabra and Shatila refugee camps carried out by Christian militias under the nose of the IDF. The massacre forced the resignation of then-Defense Minister Ariel Sharon and dragged Israel into an 18-year, low-intensity conflict for control of a so-called “security zone” in southern Lebanon that cost the lives of hundreds of its soldiers but did not yield any benefits. Thus, even an IDF victory on the battlefield in 1982 did not result in any diplomatic or military achievement for Israel.

The four ensuing decades have not been kind to the IDF’s ground forces, currently considered the military’s greatest weakness. The task ahead of Lt. Gen. Aviv Kochavi, who recently stepped into the big shoes of Lt. Gen. (res.) Gadi Eizenkot as IDF chief of staff, is to hone and redefine the term “victory” so that despite the dramatic transformation of the modern battlefield, the IDF will still be able to declare some form of triumph on the ground. To do so, Kochavi has convened various brainstorming teams and has been devoting his time to the in-depth study of these issues in recent months. Several principles now starting to emerge will shape the IDF’s new multiyear plan of 2020 and present political decision-makers with capabilities designed to implement Israel’s decisive superiority over its enemies even in the chaotic disarray of third-millennium battlefields.

Kochavi’s catchword is “deadliness.” Not everyone appreciates the term, but the army chief knows that the key to success in the virtually impossible circumstances of modern warfare is maximizing the IDF’s destructive, deadly, ruinous and annihilative capabilities. The “deadliness” is designed to greatly abbreviate the next war. The second Lebanon war in 2006 dragged on for over a month; 2014's Operation Protective Edge in Gaza, a limited campaign against a shrunken terrorist organization, lasted 51 days. Israel cannot afford such lengthy fighting.

In a future clash, Hezbollah could fire at least 1,200 precision missiles at Israel each day. These could inflict a measure of destruction the Jewish State has never known. Israelis, who have grown accustomed to an almost unfettered good, comfortable and peaceful life — except in rocket-battered Gaza border communities — will not find solace in knowing that the suffering on the other side is greater. Kochavi will have to develop a modus operandi enabling the IDF to strike its enemies quickly and efficiently, including the use of ground troops to take over land in the quickest time possible. The goal is to make all sides want to stop the fighting as soon as possible, with the other side having more to lose.

The IDF has greatly improved the precision of its direct fire in recent years. Since the second Lebanon war, the Israel air force has greatly expanded its capacity. “In the next war, we will be able to hit the number of targets that we struck throughout the Lebanon war in a shorter time,” an Israeli military source recently told Al-Monitor on condition of anonymity. Israel has achieved this capacity by greatly expanding the air force’s direct targeting capacity, significant improvement of its intelligence capacity and ability to mark targets, and its jet fighters’ ability to strike simultaneously multiple targets distant from each other. Israel has also greatly boosted and upgraded its capacity recently with the formation of an air force squadron of F-35 stealth fighters.

Kochavi intends to invest in various other capacities — for example, equipping the IDF with the means to conduct urban warfare in densely populated areas and assume control quickly while minimizing its losses in human life. Also on his to-do list is the formation of a special multidisciplinary unit dedicated to compiling a bank of quality targets, the first condition for speedy elimination of enemy targets in the initial hours of any war. Other plans include accelerating the IDF’s speedy, uniform digitization of all units and forces using the same language and same networks to enable constant, crosscutting communication of information so that the F-35 pilot, for example, can touch base with the Merkava Mark IV tank commander or the commander of a special forces unit operating 10 kilometers below on land. Kochavi’s blueprints also include the application of state-of-the-art technology in cyber units and in the operation of unmanned drones, nanotechnology and many other spheres in which Israel is considered a leading pioneer.

Kochavi’s problem lies in the declining tolerance of Israeli society for loss of life. The deaths of four soldiers at the start of the second Lebanon war almost crippled the IDF and shocked the Israeli public. The deaths of hundreds of soldiers in the first three days of the 1967 Arab-Israeli Six-Day War could not happen these days — Israeli public opinion would not accept it. In fact, since the first Lebanon war, the ground forces have hardly accrued any experience in real maneuvers in light of the great fear of the state’s leaders of “entanglement” in a military adventure that would cost dearly in lives of soldiers. The ground operation in the 2014 war with Gaza was almost forced on the IDF and was confined to several kilometers inside Gaza Strip. The ground operation in the 2008 campaign against Gaza — codenamed Cast Lead — was slightly more significant, but the enemy forces it faced were rather limited.

The last such engagement during the second Lebanon war included three divisions but lasted only a few days; its only goal was to exert pressure on Hezbollah to agree to a cease-fire. Since then, the IDF’s ground forces have continued atrophying. Kochavi will have to rehabilitate their capacity, a difficult mission given constrained budgetary allocations and the rapidly declining popularity of military service in a combat field unit in this era of cyber (serving in a cyber unit is gaining more popularity among drafted youngsters than serving in an elite combat unit), missile-defense Iron Dome systems and intelligence stardom.