Since Avigdor Liberman won’t allow a Gaza arrangement on his watch, Prime Minister Benjamin Netanyahu needs to wrap up a deal before offering Liberman the defense minister position. 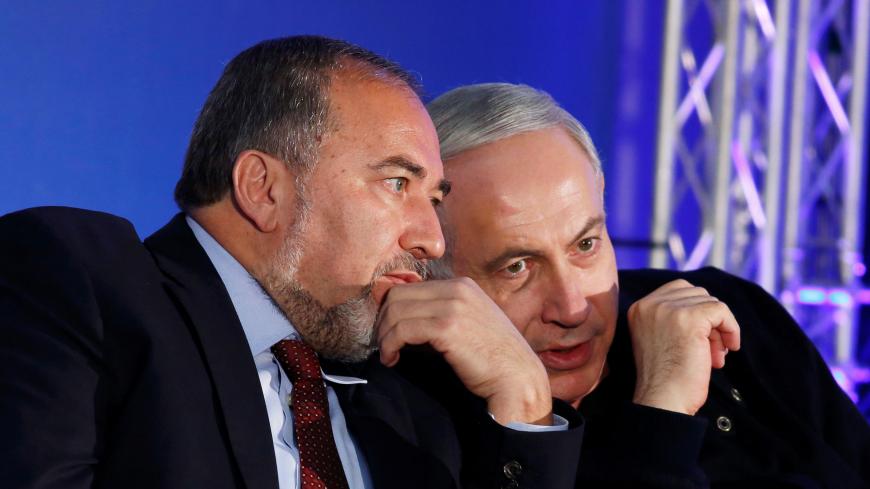 The elections are now behind us, but the real trouble has just begun. Having waited patiently for Prime Minister Benjamin Netanyahu to finish his political business, Hamas seems to think the time has come to renew the interrupted negotiations with Israel on a long-term cease-fire deal.

To recap: At the end of March, some two weeks prior to election day, Hamas and Israel reached an Egyptian-brokered cease-fire agreement, ending yet another round of violence prompted by the firing of a missile from Gaza into a house in central Israel. While for political reasons Israel declined to admit to striking a deal with Hamas — after all, who makes deals with a terror organization? — it was clearly no coincidence that Hamas called off its violent border protests and reined in a mass demonstration to mark the first anniversary of its protest campaign. In return, Israel expanded Gaza’s fishing zone and reopened the Erez and Kerem Shalom border crossings to goods and people. Hamas promised to lie low and Israel committed to returning to the table after the elections to finalize a long-term arrangement.

According to the final election results, one particularly formidable obstacle has been removed from Netanyahu’s path. Education Minister Naftali Bennett, who fantasized about getting the defense minister’s job, was not reelected. Bennett, who harped continuously on Netanyahu’s “surrender to Hamas” and promised voters to wipe out its leadership, failed to cross the four-seat electoral threshold with his New Right.

Bennett is gone, but former Defense Minister Avigdor Liberman, who resigned last November citing the government’s “soft” policy on Hamas, is lying in wait. Without the five elected Knesset members of Liberman’s Yisrael Beitenu, Netanyahu does not have sufficient numbers for a coalition. Absent a commitment to annihilate Hamas, Netanyahu cannot form a government.

Liberman’s party was one of the electoral surprises. The party that everyone had written off even before the polling stations opened, assuming that it had lost its core constituency of immigrants from the former Soviet Union and reached the end of its road, won the equivalent of five Knesset seats. These mandates are a particularly strong card now that the other competitor for the defense minister’s job crashed at the finish line. Liberman is a political fox. He knows his voters, who forgave him this time for failing to make good on some of his hard-line pledges such as eliminating Hamas leader Ismail Haniyeh, will not be as forgiving if he goes along with Netanyahu’s less hawkish policy on Gaza.

“I quit the Defense Ministry because of the concessions and disagreements over policy on Hamas and the Gaza Strip,” he said the day after the elections, when it became evident that Netanyahu could not forge a coalition without him. “We have to understand what is going on with this continued surrender to terrorism. … We have to agree on policy. If we cannot agree on defense policy, there’s no room to talk about the portfolio.” Liberman wants to return to the Defense Ministry, but only if he is given free rein. He wants to determine defense policy and defeat Hamas, but that freedom runs counter to the promise Netanyahu gave the organization of a long-term truce.

Netanyahu thus finds himself between a rock and a hard place, between Hamas' threats to resume its border protests and perhaps launch another wave of violence and Liberman’s threats to block the formation of his fifth government.

“There is a middle ground that could allow everyone to save face,” an Israeli defense source told Al-Monitor on condition of anonymity, explaining that the two sides have already agreed to most of the initiatives proposed in recent months by the Egyptian mediators and a final agreement could be wrapped up before Netanyahu puts together his new coalition.

Israel would like the comprehensive arrangement to also include the return of the remains of two soldiers, Hadar Goldin and Oron Shaul, and of Israeli civilians held by Hamas, but the organization insists there is no connection between the two issues. Hamas leader Yahya Sinwar is determined to obtain the release of hundreds of his organization's members jailed in Israel in return for the Israeli soldiers’ remains and the civilians. Israel will have a hard time acquiescing to this demand, but the week that Liberman quit, Energy Minister Yuval Steinitz made an interesting observation: “It is possible to reach arrangement without the bodies of Goldin and Shaul. … Our national security policy shouldn't be hostage to this,” he said in a 2018 radio interview. “In the Yom Kippur War, we had prisoners and bodies of soldiers in Syria and Egypt, but we established cease-fires. … I believe we will succeed in bringing back the bodies of the soldiers.”

At the end of March, when Israel and Hamas finalized most of the details of a long-term truce, Haniyeh revealed that progress had been made on lifting Israel’s siege on the Gaza Strip, but that the understandings did not include a prisoner swap. Netanyahu can nonetheless tie up the loose ends of the deal without resolving this contentious issue — and then complete the building of his governing coalition.

In any case, the expected arrangement with Hamas would have multiple stages. The first step, maintaining calm on the border and Hamas' control over the Palestinian protests, has actually been already achieved. The next stage calls for progress on various economic projects providing work for tens of thousands of unemployed Palestinians. Naval passage into Gaza, which Israel has blocked for over a decade, will ensue only at a more advanced stage, as will construction of a joint industrial zone at the Karni border crossing and water desalination and sewage treatment facilities. If such a deal is finalized before Netanyahu cobbles together his coalition, Liberman can come on board without appearing to have surrendered to Hamas.

Netanyahu has four to five weeks, a long time in Gaza terms, to sew up his coalition and present his fifth government to President Reuven Rivlin. The five Knesset members of the United Right alliance (who are hoping to get two ministerial positions in the new government), are not expected to put up obstacles to a Gaza deal.

We will now see some arm wrestling between Netanyahu and Liberman as they vie for the title of Mr. Security and vanquisher of Hamas, but it's just for show. They both ultimately have an interest in cooperation. Netanyahu wants to be prime minister to defend himself against prosecution for corruption, and Liberman wants to restore his honor at the Defense Ministry. Each is sure to scratch the other’s back.