The latest round of Israel-Hamas fighting, the most severe since the war they fought in 2014, has intensified criticism against Prime Minister Benjamin Netanyahu and Defense Minister Avigdor Liberman. 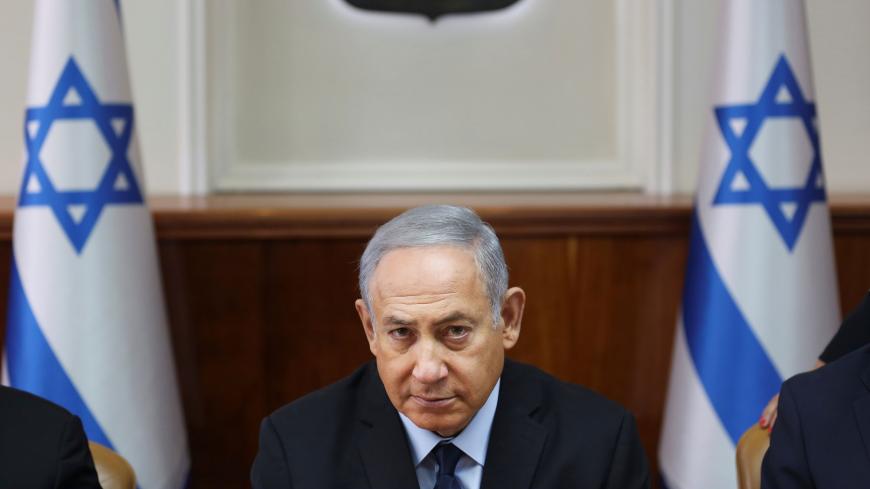 “The prime minister is bankrupt. The emperor has no clothes. There has never been such a gap between meaningless talk and operational impotence. … [Hamas Gaza commander] Sinwar humiliates Bibi [Netanyahu]. He decides when to fire, when to cease fire, when to renew it. Pathetic.” This was the outspoken reaction by former Prime Minister Ehud Barak to the latest cease-fire with Hamas engineered this week by his successor, Benjamin Netanyahu.

Barak’s diatribe was not surprising. He has long been a strident one-man opposition to Netanyahu in almost daily interviews and taunts on social media against the Netanyahu government in general and Netanyahu specifically.

However, some of the criticism against the Israel-Hamas cease-fire that ended a 24-hour spurt of fighting on Nov. 13 emanated also from other, more unexpected places. Sharon Gal, a one-time Knesset member of the Yisrael Beitenu party led by Defense Minister Avigdor Liberman, dubbed his former benefactor “a toy Rambo.” Gal, who stepped down from his Knesset seat after only nine months, added, “I am ashamed of having been a member of your party.”

Knesset member Oren Hazan of the Likud, a member of the Foreign Affairs and Defense Committee, also took to Twitter to express shame with his government over the decision to accept a cease-fire with Hamas. “If a left-wing government had been behind this security fiasco, a million people would have come out and set the town squares on fire,” he tweeted, presenting a reasonable scenario.

The government’s security Cabinet convened for seven hours on Nov. 13 and agreed to a cease-fire without a formal vote. Some participants claimed not even hard-liners like Liberman and head of HaBayit HaYehudi Naftali Bennett challenged the army’s view that, absent government plans to launch war against Gaza, the escalation must be curbed. Spokespeople for Liberman and Bennett vehemently denied they had agreed to a cease-fire. An associate of Liberman said that he was very angry and even provoked over the publications, claiming that he had demanded a strong reaction against Hamas and rejected the cease-fire. Other participants in the Cabinet meeting complained that Netanyahu kept them for hours to discuss a possible cease-fire even as he was finalizing an Egyptian-brokered deal with Hamas.

Hundreds of thousands of Israelis from Gaza border communities and southern towns, who had just sustained almost 500 rocket launches from Gaza, refused to believe that Netanyahu — Mr. Security — had agreed to yet another truce even before an Israeli knockout in this round. Only 24 hours before the clash, Netanyahu told reporters in Paris, “Believe me, we were a step away from exerting maximal force and I think Hamas understood this.” The next day, Hamas and its allies fired hundreds of rockets into Israel, Israel did not exert “maximal force” and Hamas declared victory.

In response, hundreds of Gaza border residents, many from the town of Sderot, blocked the entrance to the town, burned tires and shouted the words Netanyahu had probably never heard in the staunchly pro-Likud south of the country: “Bibi Go Home.” In the 2015 elections, by the way, 42.5% of Sderot residents voted Likud. Netanyahu, who has displayed a keen sense of public sentiment throughout his political career, often shifting positions to appease his political base, acted differently this time. He undoubtedly understands fully the potential political damage to his re-election prospects, especially ahead of an election year campaign expected to revolve largely around security issues. Apparently, his considerations were different or more long term.

Netanyahu has engineered Egyptian-mediated cease-fires in all the recent frequent flare-ups with Hamas, deflecting calls to inflict a heavy blow on Hamas and opting instead to seek a long-term deal with the organization. Despite heavy criticism, Netanyahu agreed for Qatar to funnel millions of dollars a month into Gaza to pay Hamas officials’ salaries in a move that essentially signaled Israeli acceptance of and help for strengthening Hamas control of the Strip. While Netanyahu’s Cabinet hawks have been spouting off militant suggestions such as retaking military control of Gaza or, at least, dealing Hamas a painful blow, the prime minister acted responsibly, cautiously and judiciously. He is not eager for another futile war with Hamas. Netanyahu clearly prefers to give a cease-fire deal a chance as long as there is no end goal to a military operation in Gaza and there is no one who wants to take control of it. A source close to Netanyahu said Oct. 29 that ‘’there are no volunteers to take Gaza off our hands.’’

The latest round of fighting and the massive rocket launches against Israel have exposed Netanyahu and Liberman to growing political attacks. Their voters (and others as well) regard their conduct as a violation of their promises. Already in the 2006 election campaign, Netanyahu ran under the slogan “Strong on Hamas." In the 2009 campaign, a video clip showed Netanyahu standing at the entrance to Ashkelon, the closest major Israeli city to Gaza. “A Grad rocket landed here this morning. … A miracle occurred, but we cannot rely on such miracles. We need action. There is only one type of action that can get the job done: bringing down the Hamas regime in Gaza.” Thus, Netanyahu is being perceived as hesitant, not to mention a coward, for trying to avoid a futile war. His past pronouncements — as well as those by Liberman, who promised when he took office in 2016 to wipe out Hamas and its leader Ismail Haniyeh within 48 hours — make it hard for him to explain his considerations to the public.

Hamas is justifiably very pleased with the toughest round of fighting since the 2014 fighting with Israel, which proved a significant improvement in its firepower. It would seem Hamas has strengthened its deterrence capability vis-a-vis Israel, while at the same time actively seeking a cease-fire arrangement. It could not have asked for more. As for Liberman and Netanyahu, there is no certainty that either one will be able to portray himself in the coming election campaign as a politician who keeps his promises regarding Israel’s security.

On Nov. 14, Liberman announced that he was resigning from his position as defense minister. Speaking at a press conference, Liberman qualified Netanyahu’s behavior as “capitulation to terror,” adding that what Israel is doing right now is “buying quiet for a heavy price with no long-term plan to reduce violence toward us.” “I could not remain [in office] and still be able to look residents of the south in the eyes,” said Liberman, explaining his decision. Liberman understood the political damages that he and his party would suffer would he have stayed in the government — especially on the backdrop of the already poor results in polls for his Yisrael Beitenu party.

Hamas, on the other hand, can be satisfied. This recent round of violence, the harshest since the 2014 Gaza War, was marked by the group’s improved firing abilities and increase in its deterrence vis-a-vis Israel. In addition, it managed to generate an important coalition crisis in Israel. Reacting to Liberman’s resignation announcement, the group stated that Liberman's resignation was an "admission of defeat and a sign of failure to face the Palestinian resistance … a political victory for Gaza, which succeeded in triggering a political earthquake [in Israel].’’

Hamas could not have dreamed of a better development.