Despite objections by Israel's security and defense establishments, Prime Minister Benjamin Netanyahu has given Defense Minister Avigdor Liberman a green light to push ahead with a bill allowing military courts to more easily sentence terrorists to death. 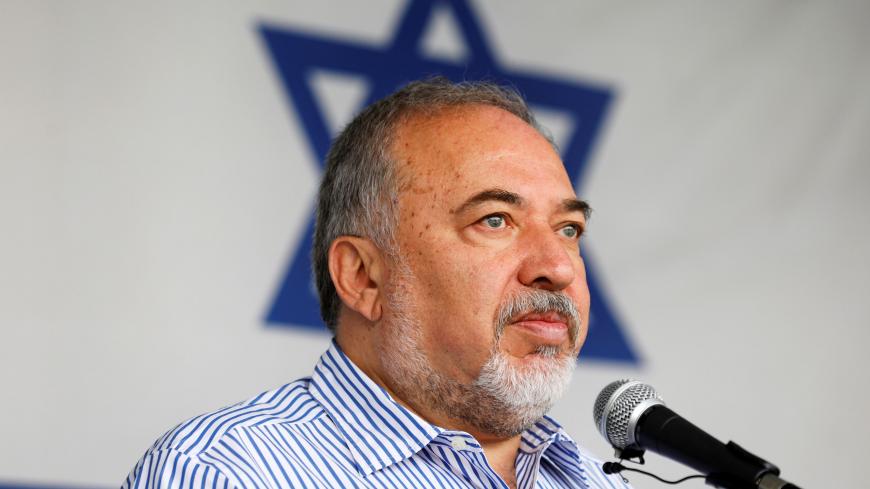 At the Nov. 6 session of the Knesset’s Foreign Affairs and Defense Committee, Shuli Mualem of HaBayit HaYehudi asked Shin Bet chief Nadav Argaman about his views on the death penalty for convicted terrorists. Argaman responded, as he has in the past, by saying that he unequivocally opposes capital punishment because it is not effective in fighting terrorism.

Argaman's position is unlikely to change HaBayit HaYehudi’s recent decision to support a death penalty bill that Defense Minister Avigdor Liberman has been promoting for the past three years. The decision by the party's leader, Naftali Bennett, to back the flagship legislative initiative of his biggest rival is undoubtedly a feather in the defense minister’s cap.

Israeli law allows military tribunals to impose the death penalty by a unanimous decision, but such a ruling has never been handed down. Liberman’s draft law stipulates that a simple majority of judges would suffice.

At Liberman’s insistence when he joined the Netanyahu government in May 2016, the coalition agreement between his party and the Likud stipulated that the government would promote the amendment. Given various security agencies' assessment that the death penalty could foment Palestinian violence, and opposition by Attorney General Avichai Mandelblit, Netanyahu did not rush to legislate Yisrael Beitenu’s law.

On Jan. 3 of this year, Yisrael Beitenu requested a government discussion on the death penalty bill, with a view to pushing it forward. When Energy Minister Yuval Steinitz of the Likud said he would not support the bill, Liberman shouted angrily, “Everyone is committed to the coalition agreement,” and banged on the table with such force that Netanyahu remarked, “You almost broke the table.” Liberman stormed out of the meeting.

More than being concerned about the collapse of the table around which the Cabinet convenes, Netanyahu was worried about the possible collapse of the government. Therefore, that same evening, the Knesset preliminarily approved the amendment by a narrow majority of 52-49. Netanyahu himself caved, as he always does when he sees one of his ministers outflanking him on the right and fears being portrayed as weak on the “scourge of rampant terrorism.” He voted in favor of the amendment, explaining from the Knesset podium, “Under radical circumstances, simple logic is involved. Those who slay and laugh will not get to spend the rest of their lives behind a prison wall, but will be executed.” Nonetheless, he continued, there was no need to rush, stating, “No one here is reckless. … We can keep considering with time.”

Netanyahu was already planning his next move: impeding the passage of the bill through the various Knesset committees tasked with preparing it for final approval. Indeed, when the amendment became bogged down in the Knesset’s Constitution, Law and Justice Committee, Liberman was asked why he was promoting legislation opposed by the defense chiefs under his authority. The defense minister had a simple explanation, saying, “I greatly appreciate all the heads of the security services — the Shin Bet, Israel Police, and so on.” He added, however, “On the one hand, they have said on numerous occasions that destroying the homes of terrorists is a deterrence, and on the other hand, they claim the death penalty is not. That logic eludes me.”

Nonetheless, the law went nowhere for almost 11 months. Israel’s various defense agencies have been busy this year with other challenges: the violent Palestinian protests along the Gaza border fence, the evolving cease-fire arrangement with Hamas, Russia’s involvement in Syria and the illusory calm on the West Bank that could erupt in violence at any moment. Liberman has not forgetten and has not given in.

Elections are now on the horizon, for sometime in 2019, and when the competition for voters on the right heats up, Liberman will be held to account for his achievements and the extent to which he kept his electoral promises. How would it look to his voters if he fails to push through the crown jewel of his 2015 election campaign? At a Nov. 4 meeting of coalition leaders, Liberman finally got his way, when Netanyahu gave him the go-ahead for his bill, and HaBayit HaYehudi announced its backing.

How did all the objections by Netanyahu and others fall by the wayside? The answer lies in the likelihood of early elections. With that in mind, Netanyahu was quick to get on the same page as Liberman, and Bennett, for his part, knew that he would be unable to adequately explain to his voters why he was blocking legislation facilitating the death penalty for terrorists. Israel's politicians, as it turns out, do not have much time for the views of Shin Bet experts. At this point, it’s all about politics.

On Nov. 5, Liberman tweeted in excitement, “After more than three years of stubborn struggle, on Wednesday, the death penalty for terrorists bill will finally be brought before the Knesset Constitution, Law and Justice Committee and then approved for the first reading in the Knesset plenum. We will not give up, and we will not stop until we complete the mission.”

Argaman, when addressing that same Knesset committee, had told lawmakers that the relative calm in the West Bank was illusory. Over the past year, he said, security authorities have thwarted 480 planned terror attacks against Israelis and detained 590 lone terrorists and 219 members of Hamas terror cells. With the situation so volatile, the last thing Israel needs is legislation that would spark an explosion. The current government, however, puts considerations of political survival above the expert opinions of the country’s security agencies.