Why some Iraqis want the PMU to be dissolved

The Popular Mobilization Units rushed to aid Iran in the wake of punishing floods, leaving many Iraqis to believe that the PMU overlooks Iraqi suffering. 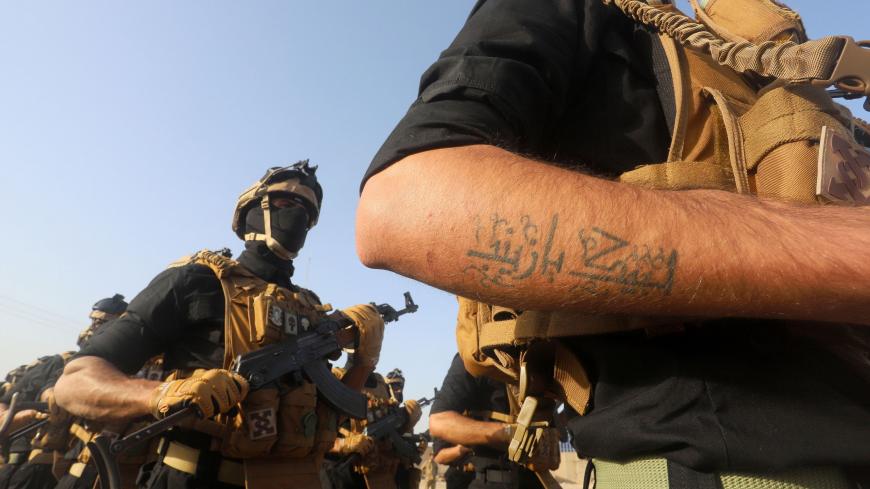 Former Iraqi Prime Minister Ayad Allawi called on April 13 for the dissolution of the Popular Mobilization Units (PMU), stating that the PMU mission came to an end with the defeat of the Islamic State (IS).

This comes only several weeks after the leader of al-Hal party, Jamal al-Karbouli, accused an armed faction claiming affiliation with the PMU of causing the March 2019 sinking of a ferry in Mosul, which claimed the lives of dozens of citizens.

On April 14, Sadrist movement leader Muqtada al-Sadr also verbally attacked the PMU for “helping prevent floods in Iran while overlooking the suffering of Iraqis,” given that similar floods have taken place in southern Iraq.

On April 16, the PMU also faced criticism in Iran for its participation, among other non-Iranian groups loyal to the Islamic Revolutionary Guard Corps, in flood relief. Yet the Iranian Kayhan newspaper criticized those who opposed the foreign help provided to the Iranian people.

In an interview with Al-Monitor, Moin al-Kazimi, a PMU leader, refuted “all claims whereby there is no longer any need for the PMU.”

“Allawi knows full well that if we hold a referendum in Iraq, the majority would vote in favor of keeping the PMU," he said, "because citizens are well aware that it is the [PMU] factions that rescued them from IS and that can repel any future terrorist attack in cooperation with the army and other security forces.”

With the same enthusiasm, Mahmoud al-Rabihi, spokesman for the PMU-affiliated Asaib Ahl al-Haq, disagreed with those who said the PMU was no longer needed.

“The PMU was founded based on a fatwa to fight terrorism," he said. "This fatwa still exists, and terrorism continues to threaten the country.”

Asked about the PMU participation in the Iranian rescue operations, he said that “the PMU factions were the first to rush to deal with the floods that occurred in the south of Iraq, and they have carried out large-scale operations with a clear technical and logistical effort. The help they provided to Iran was a matter of neighborliness and reciprocity, as Iran helped Iraq in the war on terrorism.”

In a column on the Roayah news site, columnist Ashraf Shaaban described the PMU's flood aid as "a declared allegiance to Iran, and the PMU never hesitates to show such allegiance to Iran whenever it has the opportunity, instead of sending aid to the Iraqi areas that have been affected by the floods.”

Ammar al-Jaafari, director of the PMU’s Basra office, which sent aid to Iran, told Al-Monitor, “The support had no political motives, and it stemmed from a humanitarian duty. We offered it to a country that helped us in the war against IS.”

On April 15, the PMU sent 100 buses along with 87 truckloads of about 400 tons of relief aid to Iran. PMU deputy head Abu Mahdi al-Muhandis accompanied the Iraqi rescue groups to Iran, appearing alongside Iranian Quds Force commander Qasem Soleimani as they inspected the affected areas. He told the media that Iraqi support "is only a minimal proportion of the support that Iran and the Revolutionary Guard Corps offered to Iraq in the fight against IS."

“The PMU is a security institution operating under the orders of the commander in chief of the armed forces, and its legitimacy has been voted upon in the Iraqi parliament,” he told Al-Monitor.

“As for the PMU priorities, one should not forget that the PMU was the first to respond to the flood victims' appeal and made it to the field before the others. Its efforts today are focused on addressing the dangers of the flood. And it is proud of its participation in helping the victims in Iran and is proud to provide support to any neighboring country exposed to such natural disasters.”

He said that the Arab media are fueled by "sectarianism, and exploited the matter politically to stir confusion against the PMU and Iran.”

As PMU officials rushed to respond to Allawi, they avoided responding directly to Sadr, who is a critic of the PMU. A PMU source told Al-Monitor on condition of anonymity that this is because the PMU wants to “avoid any sensitivity with the Sadrists. The PMU policy is not to respond in order to avoid political escalation and strife.”

Political analyst Wathiq al-Jabri, adviser to the Iraq Center for Development of Media, told Al-Monitor, “Allawi’s statement seeks to rid the PMU of any political affiliation or exploitation.”

“Through the news, video clips and statements they issued, the PMU indirectly responded to Sadr’s criticism of its participation in humanitarian rescue operations in Iran by stressing that the PMU was the first to help those affected by the floods in Iraq,” he said.

There is no doubt that the PMU's contributions to Iran to support the flood victims is a remarkable humanitarian move. However, an Iraqi parliamentarian told Al-Monitor on condition of anonymity that “such a move should have gone through the Iraqi government," since the PMU is an official security institution. The government "could have announced that the PMU or any other party was providing such technical and humanitarian support. But that was not the case."

Amid calls for the dissolution of the PMU, and as interpretations regarding its presence outside Iraq abound, one cannot deny that the PMU spares no opportunity to emphasize that it is still needed both inside and outside Iraq.