The US designation of the IRGC as a foreign terrorist organization has empowered Iranian hard-liners seeking to halt the passage of bills that would have Iran meet international standards for combating money laundering and terrorism financing. 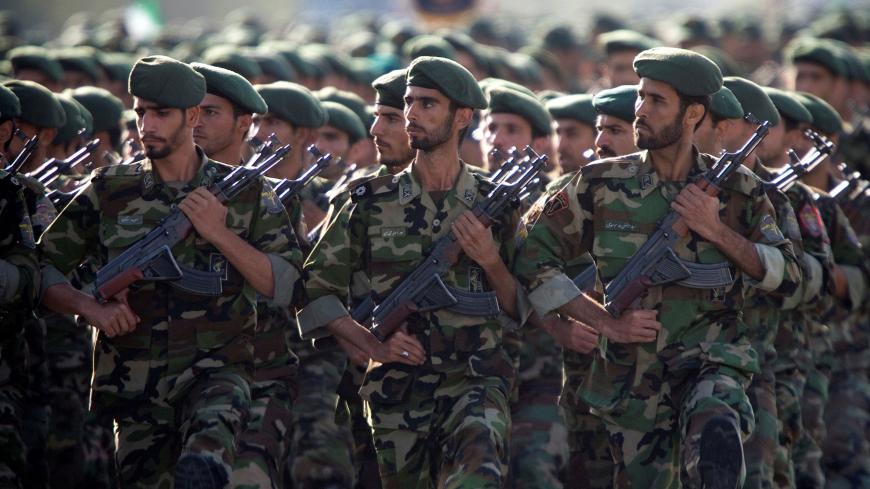 If the US administration’s goal is to weaken Iran’s reform movement, it deserves a round of applause. Since coming to power, President Donald Trump has taken consecutive steps to distance Washington and Tehran — and, in the process, to increasingly damage Iranian moderates and Reformists.

All the while, Iranian hard-liners couldn’t be more content. They are now certain of victory in the upcoming 2020 parliamentary polls and 2021 presidential vote as people are disappointed with those in Iran who have for years been calling for negotiations with the United States. But Iranian moderates and Reformists are not the only losers in the current setting. The United States is also losing its popularity and credibility among ordinary Iranians. Indeed, according to a survey conducted by the University of Maryland in 2018, 80% of Iranians expressed an unfavorable opinion of America — a development that would be hard to imagine until recent years.

As such, Trump has achieved what Iranian hard-liners could not: to persuade Iranians that the Reformist approach of engaging with the West does not pay off. Indeed, one common sentiment in Iran now is that the country would probably be better off without the 2015 nuclear deal, which is the legacy of moderate President Hassan Rouhani. Much of this has to do with how the living conditions of ordinary Iranians have not only failed to improve, but rather worsened since the signing of the Joint Comprehensive Plan of Action. The only exception to the latter was the first few months after the implementation of the accord in January 2016.

In line with Trump's strategy, on April 8, in an unprecedented move, the US government designated Iran's Islamic Revolutionary Guard Corps, an official military body, as a foreign terrorist organization. In practice, the move is fruitless as the IRGC is already under heavy sanctions pressure. Moreover, no European or Asian country — except Saudi Arabia and its allies — backed the designation. On the contrary, in some ways, the IRGC experienced a political win on the international stage, as Europe — including the UK — rejected Washington's decision.

The outcome of the designation was clear to those living in Iran: it caused citizens to rally around the flag. Indeed, as a direct result of the IRGC's designation as a foreign terrorist organization, even the most well-known and ardent critics of the military force have thrown their weight behind it.

Mostafa Tajzadeh, a prominent Reformist who spent seven years in prison — until 2016 — tweeted April 9, "I see IRGC meddling in the economy, domestic politics and foreign policy as a violation of the law and to the detriment of the country. But I decisively condemn labeling them as terrorists, because Trump's goal is not to counter terrorism and defend democracy and peace. [His goal] is to increase the pressures on [the Iranian] people to foment instability in Iran and heighten the tensions in the region."

Moreover, Abdollah Ramezanzadeh, a Reformist figure who spent five years behind bars, tweeted April 9, "Despite all the disagreements over domestic issues, we support our armed forces in unison against the unreasonable foreign enemy."

More importantly, the long-outlawed Freedom Movement of Iran, a nationalist group, issued a statement April 13 saying, "Designating the IRGC as a terrorist [group] and meddling in Iran's internal affairs have never been in line with securing the fundamental rights of the Iranian nation, democracy and development." It also said the United States "is seeking a confrontation with Iran's national interests and wants to deteriorate the internal crisis to accelerate the process of [Iran’s] collapse and its unconditional surrender to US demands in the region."

It is clear that the increasing US pressure on Iran — including the IRGC's designation as a foreign terrorist organization — continues to undermine the achievements of Rouhani and former US President Barack Obama, who sought to end four decades of enmity. Now, Tehran and Washington are back to square one, with the very idea of negotiations once again gradually turning into a taboo. Indeed, under the current circumstances, no one dares to speak of negotiation with the United States — let alone make statements in favor of it. What should not be neglected here is that a number of Reformists are also reaching the conclusion that Iran must abstain from any talks with the United States as long as Trump is in office.

Another impact of the IRGC's designation as a foreign terrorist organization is the deterioration of prospects for the passage of bills designed to counter money laundering and terrorism financing.This legislation was submitted by the government to parliament in order to permanently exit the blacklist of the Financial Action Task Force (FATF), an intergovernmental organization created in 1989 that combats money laundering and terrorism financing. Accession to the UN Palermo Convention against transnational organized crime as well as becoming part of what is termed Combating the Financing of Terrorism has been stalled for months, with the bills stuck in the Expediency Council, which mediates disputes between parliament and the Guardian Council. The dispute has pitted the Rouhani administration against mainly hard-liners.

"The US action will enhance and strengthen the position of Expediency Council members regarding the FATF [bills] and the likelihood of rejecting them has increased," said Gholam-Reza Mesbahi Moghaddam, a member of the Expediency Council, on April 8. Since the Guardian Council — which is tasked with ensuring that approved bills are in line with the Constitution and Islamic law — has failed to reach an agreement with parliament, the Expediency Council is now stuck with the task of deciding the fate of the two bills.

Conservative Expediency Council member Ahmad Tavakoli said April 9 that the designation of the IRGC as a foreign terrorist organization meant that passage of the FATF-related bills must be "canceled." In the face of such remarks, a few Reformist analysts have urged the Expediency Council to pass the bills. But hard-liners have promptly sought to silence them by accusing them of being agents of the United States. Jahan News, a hard-line website, wrote April 11, "The efforts to pass the dangerous bills … are in line with … surrendering.” It added, “Perhaps the security apparatus would be able to look into this issue being brought up [by Reformist media]."

In other words, the hard-liners are growing ever bolder amid the parallel weakening of Reformists. Hard-liner Ezzatollah Zarghami, the former chairman of the state broadcaster, took a direct swipe at moderates and Reformists, tweeting April 19, "The [Iranian] Red Crescent says not even a dollar has been deposited to its accounts owing to [US sanctions on the payment messaging network] SWIFT. The oil is not being bought. The IRGC has been designated as a terrorist [group]. [They are asking] for the missile industry to close down.” Referring to the steps Iran took as part of the nuclear deal, Zarghami added, “At least apologize to the people for the concrete you poured into the Arak reactor."