The E3’s seeming tying of the launch of its new trade mechanism to Iran’s passing of controversial bills has energized hard-line calls for refusal to accede to the FATF’s action plan. 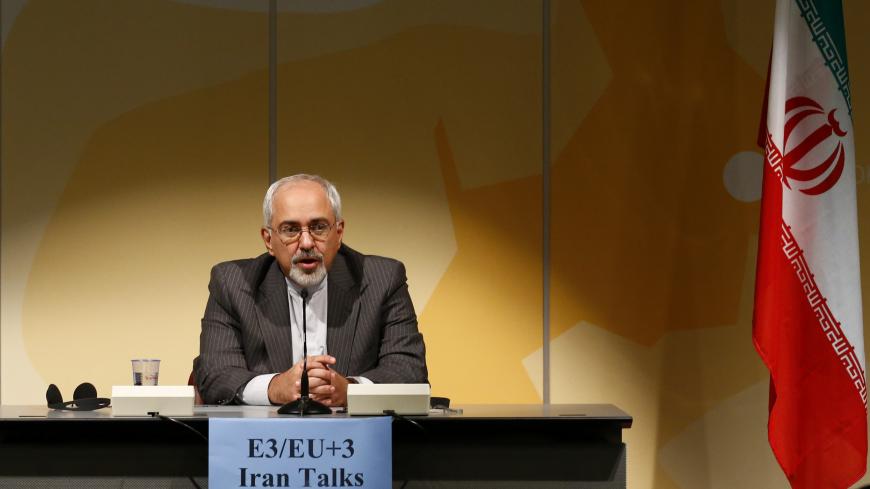 As Iran could soon pass four controversial bills that would remove it from the Financial Action Task Force’s (FATF) blacklist, the so-called E3 (Britain, France and Germany) joint statement on the unveiling of a new trade mechanism has provided Iranian hard-liners with a pretext to firmly proceed with their plans.

Iran's government has submitted four FATF-related bills to parliament, which has passed them after extensive, fierce debates and fervent opposition of hard-line parliament members. However, the destiny of two of the bills is set to be determined by the Expediency Council given that the conservative-dominated Guardian Council has rejected them while parliament has not accepted a number of the Guardian Council's pointing out of issues. Of note, the FATF is an international, intergovernmental organization created in 1989 to combat money laundering and terrorist financing. Iran's presence on the FATF blacklist was suspended in 2016. At its latest meeting in October, the FATF gave Iran until later this month to undertake reforms that will bring it in line with global banking norms.

When a motion is passed in parliament in Iran, the bill must then be approved by the Guardian Council, which is tasked to see whether the bills are in accordance with the constitution and Sharia. If the Guardian Council and parliament don't reach a consensus over a bill, the Expediency Council enters the fray to make the final decision.

In the past few months, Iran's political circles and news outlets have been full of whispers and reports about the destiny of the FATF bills, as they have turned into a political struggle with hard-liners accusing supporters of the bills of helping the West to cut Iran’s ties with the Axis of Resistance, namely Lebanon’s Hezbollah movement, Palestinian Hamas and Syria. Besides this, the conservatives are also seemingly concerned about the blockade of Iran's means of bypassing US sanctions. In response, Reformists and moderates are arguing that the FATF only recognizes as terrorists the organizations and groups that are put on the UN blacklist. Meanwhile, Iran's President Hassan Rouhani has repeatedly called for the passing of the bills, saying that "Iran's friends" are waiting for the bills to be passed and this will help facilitate Iran's trade with the world.

In his first appearance as the new chairman of the Expediency Council, Ayatollah Sadegh Amoli Larijani and other members of the council passed the other long-awaited bill known as "the bill for countering money laundering." In the next two meetings, council members couldn’t reach a consensus over the Palermo Convention bill, which is the third FATF-related bill. It should be noted that the next bill on the agenda of the Expedia Council is the Combating the Financing of Terrorism bill. Apparently, Iran's Foreign Minister Mohammad Javad Zarif, who had attended the council's meetings, hasn't been able to convince opponents. Plus, pressures are rising on Expediency Council members as a large number of threatening text messages are reportedly being sent to them, urging them not to vote for the bills.

Amid these circumstances, Germany, France and Britain issued a joint statement announcing the registration of the Instrument in Support of Trade Exchanges (INSTEX), a financial mechanism designed to support "legitimate" trade with Iran, which has faced US sanctions since US President Donald Trump exited the 2015 nuclear deal. It was written in the joint statement that they "expect Iran to swiftly implement all elements of its FATF action plan." This sentence enraged Iranian conservatives and opponents of FATF bills, providing them with a strong argument while simultaneously making the atmosphere more difficult for the government to defend the bills.

In this vein, influential Kayhan newspaper, known as the mouthpiece of hard-liners, wrote Feb. 2, "Basically, the method of exchanging oil in return for food and medicine didn’t need the INSTEX and the [Special Purpose Vehicle (SPV)], but the Europeans have started a new game, [going back] on their commitment to buy [Iranian] oil by [using the] SPV."

The hard-line daily then addressed the Expediency Council members, saying, "The Expediency Council's duty is clear. The council must decisively reject the harmful FATF bills." The daily added, "America and Europe have reached this determination that Iran’s government has made itself hostage to the [nuclear deal]. This is why they not only do not take the smallest steps to honor their commitments but are [intensifying] their audacity every day."

Meanwhile, council members who oppose the bills are stating their positions. Gen. Ahmad Vahidi, chairman of the security and defense subcommittee of the Expediency Council, noted Feb. 1, "Launching the [INSTEX] by Europeans won't affect the [council] members' votes on the Palermo bill." While describing the FATF as a "mechanism for spying," Vahidi added, "The [Palermo] Convention has a lot of ambiguities, and joining it can have many consequences." It should be noted that the security and legal subcommittees have advised against joining the Palermo Convention.

The harshest reaction so far has come from council chairman Amoli Larijani. He has seemingly been in favor of passing the FATF bills, but after facing pressure and backlash following the E3 statement, he remarked Feb. 4, "[The Europeans] have reportedly set two strange conditions. One is that Iran must join the FATF, and the other is that it should enter negotiations over the missile [program of Iran]. It is necessary for these countries to know that the Islamic Republic of Iran will not accept these humiliating conditions." Amoli Larijani's comments come after hard-liners claimed the E3 has tied turning the INSTEX operational to the passing of the FATF bills and negotiations over the missile issue. However, government officials like Ambassador to Britain Hamid Baeidinejad have denied that the E3 is setting "passing the bills" as a condition for launching INSTEX, while stating that "Europe has no right to put forward a condition for the [operation of the] new financial channel."

While council members such as Amoli Larijani are stating their strong opposition to the Europeans’ seeming demands, they may be sending a message to their hard-line peers and also to Europe that the possible passing of the two remaining FATF bills is not relevant to the West. However, the possibility of rejecting the bills is likely, as any bill going to the Expediency Council needs two-thirds of the vote. Perhaps such concerns have prompted Reformist council member Majid Ansari to say on Jan. 28, "If we hit a dead-end, we can [hold a referendum]." Of note, the final decision regarding Palermo will be taken in the next one or two weeks.

In recent months, the pressures on moderates and Reformists concerning the Joint Comprehensive Plan of Action issue and ties with Europe have risen, but they have managed to get along with it. Europe should know that while they haven't been able to fulfill their promises to Tehran fully and on time, they at least shouldn't increase the burden on the shoulders of moderates and Reformists. Meanwhile, Europeans are well aware that their warnings on issues like the missile program and FATF bills are basically fruitless and will only worsen the situation for the Rouhani government.