A self-taught photographer shares the stories of ordinary women in Gaza who have extraordinary stamina and drive. 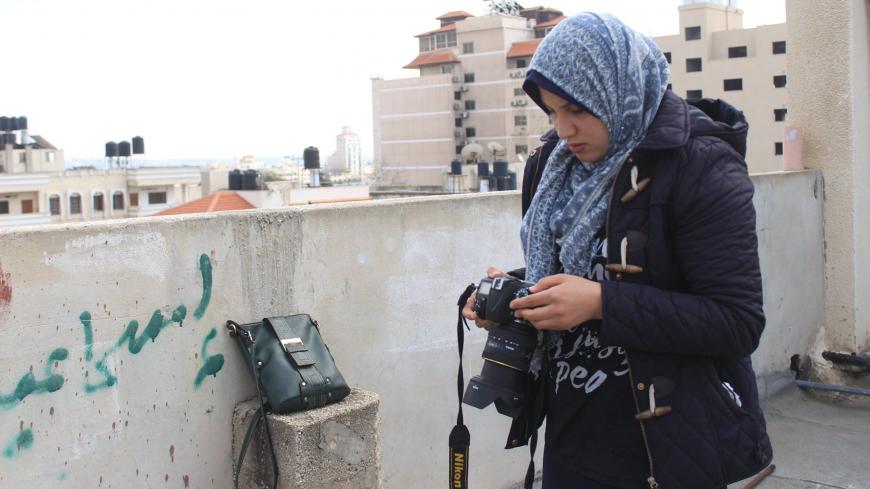 Maryam Saadi, a photographer and filmmaker, checks her camera at a photoshoot. Posted March 21, 2019. - Facebook/Maryam Saadi 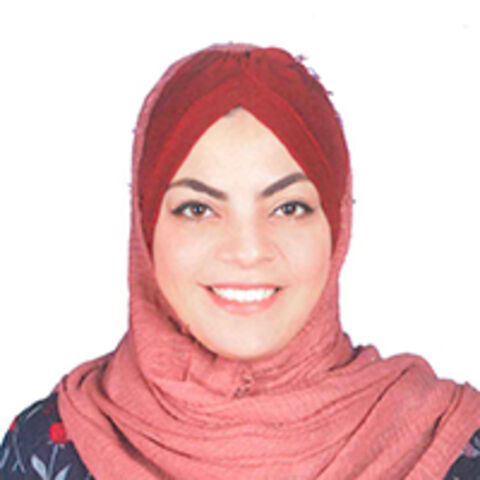 GAZA CITY, Gaza Strip — For Maryam Saadi, many of the women in Gaza are miracle workers, who manage to help others despite facing major hardships themselves, but no one knows about them. To bring them into the light, Saadi launched the Facebook page Lady in a Story to document and share the stories that newspapers don't.

Saadi believes their stories need to be told, especially those who have chosen professions considered to be unorthodox for women in their society. Among those she has thus far documented are the Quran tutor Hajja Saadia, the psychologist Dina Nassar and the storyteller and thespian Khitam Abu Kwik.

With a diploma in technology and multimedia from the University College of Applied Sciences, a technical college, Saadi taught herself photography and filmmaking through online tutorials. She then decided to narrate women's stories on Facebook through photography and short videos accompanied by short texts based on interviews with the women and her observations about their lives.

“I decided to create this page as I have always believed that women are the ones who can change the world,” Saadi told Al-Monitor. “Palestinian women in particular lead difficult lives, given the dire economic and political conditions plaguing Gaza.”

Developing portraits of the women begins with a long meeting, in which the women talk about daily life, which is often filled with exhausting undertakings, such as plowing the earth and farming under less-than-ideal conditions. It also gives them an opportunity to vent, to let off some of the steam generated by their hardships.

The first woman Saadi documented was Hajja Saadia from Rafah. Twice-widowed and never having had children, Saadia found herself alone in her suffering after being diagnosed with cancer.

“Cancer does not kill [the mind or the spirit],” said Saadia, who once worked as a nurse in a government-run clinic. She ultimately found relief in the company of the 35 students to whom she taught the Quran.

In contrast to the conservative and religious Hajja Saadia, Khitam Abu Kwik is a fiercely unorthodox woman. Abu Kwik, from Gaza City, decided in her late 40s that she belonged on the stage. Some 10 years on, she continues to perform, her stage presence representing a rarity. In Palestinian society, theater has long been considered a male domain.

Abu Kwik is also a famous “hakawaty,” a storyteller, who mostly relays traditional tales, legends and fables passed down for generations. Combining her stage experience and theater skills, Abu Kwik co-produced “Some Comfort,” a play decidedly feminist in tone about the lives of women in Gaza. It was staged last month at Theatre Day Productions, in Gaza City.

Among the younger women whose lives Saadi has documented is Dina Nassar, a psychologist who in her spare time volunteers at the children’s oncology center at the Rantisi Hospital in Gaza City. Nassar dresses as a colorful clown to lift the children's spirits. Saadi made the short documentary “Dina the Clown” to highlight this aspect of Nassar's life. It will be screened at the Chicago Palestine Film Festival, which runs April 20 through May 2.

Saadi told Al-Monitor that last December she began audiovisual training with Theatre Day Productions, established in 1994 in Gaza. In addition, she is doing an online course taught by Noe Mendelle, director of the Scottish Documentary Institute, focusing on documentary filmmaking using smart devices.

With Lady in a Story attracting increasing numbers of followers, Saadi aspires to reach even more people around the world who are interested in the stories of Palestinian women’s lives. Saadi has so far documented 24 women's stories, 18 of which she published on Facebook. She said it only took her two weeks. Saadi has another seven narratives in the works.