A few courageous ultra-Orthodox women film producers are creating movies for their own audience, completely changing the perception of entertainment in the ultra-Orthodox society. 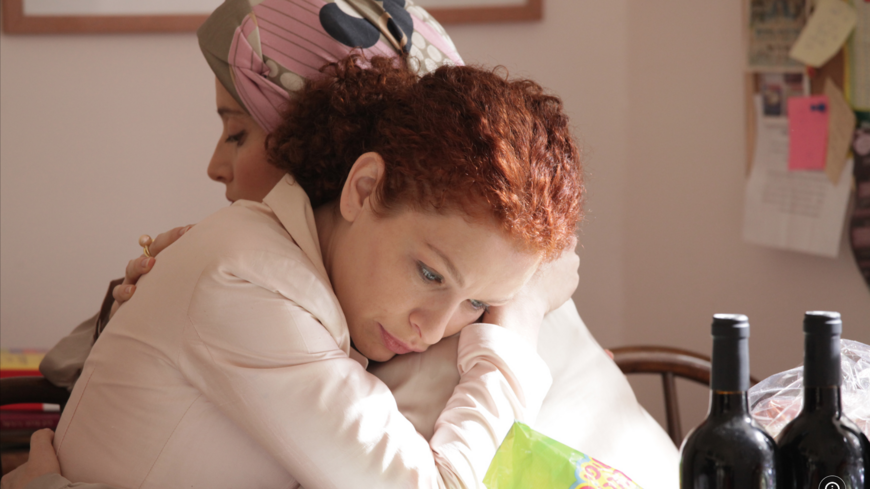 It has become part of the experience of the “intermediate days” of Sukkot and Passover, which are considered holidays on which labor is allowed by Jewish law (unlike the Sabbath). In fact, these are the only days when an ultra-Orthodox family can venture on a family outing together. In recent years the preferred leisure activity of ultra-Orthodox women, which in the past had been visiting a park, has become going to a movie.

But something has changed. The Edison Cinema — a building that for years drew ultra-Orthodox protests and was a symbol of secularism in Jerusalem — has become an apartment building for especially stringent ultra-Orthodox families. Still, in the meantime, a new industry of ultra-Orthodox theatre and film has developed.  Every year, a new ultra-Orthodox movie becomes the talk of the “intermediate days.” There isn’t a phone call that doesn’t start with the question, “Have you seen the new movie yet?”

Behind these new ultra-Orthodox movies stand several ultra-Orthodox women filmmakers. The most prominent among them is Dina Perlstein, whose movie “To Fill the Void,” which she produced with director Rama Borstein, has won several awards. Alongside her is the creator who is already considered a veteran, Tali Avrahami, whose name has become a brand among the ultra-Orthodox thanks to her movie, “Bombay.”

The same small group also includes Rechi Elias (“Suddenly”), as well as Yehuda Grovais, one of the very few men in the group, who 15 years ago produced a DVD for children which staged the rabbinic tale of Rabbi Hanina ben Dosa. One of the actors was the mayor of Beit Shemesh Moshe Abutbul. Recently Grovais marked a significant milestone, after producing, with a huge investment, the film “On the Banks of the Danube.”

These films are not screened at cinemas and cannot be streamed online. Screenings happen at crowded wedding halls during the intermediate days of Sukkot and Passover. Chairs are crammed into the halls in order to allow as many women to enjoy the movie. Popcorn is not part of the experience.

It’s no wonder, then, that these days the afikomen prize (given at the Passover seder) for many girls is frequently tickets to the latest movie. The price of a ticket is considered expensive, about 50-60 NIS [$14-17], especially for an ultra-Orthodox family with several teen girls, but the price doesn’t stop the masses. Even occasional calls to boycott the films by some ultra-Orthodox leaders haven’t stopped their success.

Definitive proof of the success of these movies came during the COVID era, when gatherings were prohibited. In the ultra-Orthodox community, the films could be seen on home computers for a price that allowed access for several hours to one of the films. And indeed, during the intermediate holidays during the first year of COVID, the movies were streamed on computers or by USB keys in thousands of ultra-Orthodox homes.

However, filmmakers then hesitated to produce new films, because they feared that the film would be hacked and copied, without any revenues for the producers. Thus, the production of movies with large budgets was halted, and they were finished and screened only in the recent intermediate period of Passover.

These requirements are not easy.

In the ultra-Orthodox community, theatre and acting studies hardly exist. Moreover, it is rare to find a married ultra-Orthodox woman who would agree to act, given that her image would get exposure she could not control.

Another challenge is gender. Since these movies are screened for women, they have virtually no male presence on the screen. The main characters are often widows (of course, never divorced women) or teen girls, and the families in the movies remarkably have only girls.

Some of the movies do have male characters, but the producers emphasize that they acted separately, and that their scenes were later edited into the movie. In some cases, teen girls play the characters of ultra-Orthodox teen boys.

The movies are for the most part not documentaries and not based on real life, out of concern of touching on forbidden subjects. Every story is based on a positive educational message that is meant to justify the existence of the movie.

Still, the main challenge for producers is actually the phenomenon of piracy. The ultra-Orthodox movie industry is small and on the margins of the mainstream cinema industry. If a movie finds its way to the black market, it is reproduced and screened in private homes, without any payment to producers.  For this reason, special messages now warn the public not to transgress the commandment “Do not steal,” and anyone who participates in “pirate watching,” is asked to pay the ticket price to the producers.