Is this the end of the Syrian Interim Government?

The resignation of Jawad Abu Hatab as prime minister of the Syrian National Coalition-backed Syrian Interim Government raises doubts about the future of the endeavor in light of advancements by Hayat Tahrir al-Sham in Idlib province. 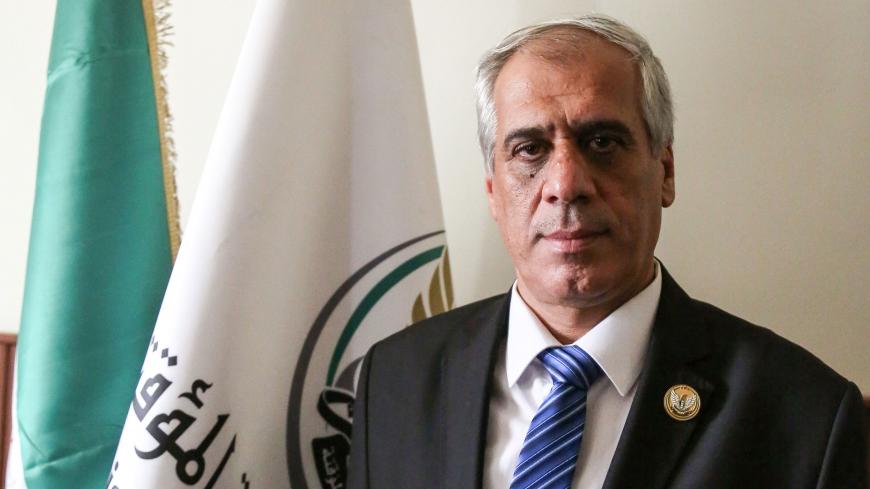 ALEPPO — The National Coalition of Syrian Revolutionary and Opposition Forces, commonly known as the Syrian National Coalition (SNC), on March 10 accepted the resignation of Jawad Abu Hatab as prime minister of the Syrian Interim Government at its 44th general assembly meeting in Istanbul. Abu Hatab, who had held the office since May 2016, had resigned Feb. 28 without publicly stating a reason. The Anadolu Agency quoted SNC President Abdul Rahman Mustafa as saying, “A new president will be selected at the next assembly in May.”

Some have linked Abu Hatab's resignation to the expanding influence and control of Hayat Tahrir al-Sham (HTS) and its political arm, the Syrian Government of Salvation, over most of the areas previously administered by the Interim Government in Idlib province. Abu Hatab’s departure follows shortly after HTS in early February took over opposition-controlled areas in Idlib, the neighboring northern countryside of Hama and the western countryside of Aleppo, in the process ousting factions of the National Liberation Front (NLF) of the Free Syrian Army (FSA). Al-Monitor contacted Abu Hatab to inquire about the reasons behind his resignation, but he declined to comment.

Al-Monitor did, however, manage to speak with Yasser al-Haji, director of the public relations office of the Interim Government. “Almost three years into the establishment of the Interim Government in the opposition areas inside Syria, and in light of the difficult circumstances and the many changes that affected the Syrian revolution, it is necessary to uphold the common good over personal interests,” Haji said. “Prime Minister Abu Hatab decided to resign in order to allow someone else to assume the government premiership and pump in new blood to serve our people.”

He further asserted, “There may be a new formation of the interim government. This task will be assumed by the SNC. There will certainly be new blood that will revive institutional work in opposition areas.”

“The expansion of HTS in Idlib province at the expense of the NLF has been extremely damaging to the Interim Government's work,” Haji said. “This has reduced its scope of activity and influence in the cities and towns taken over by HTS. This has also greatly harmed our people in those areas because the Interim Government can no longer serve them after being replaced by the Government of Salvation.”

An FSA source told Al-Monitor on condition of anonymity that deliberations have been underway in Idlib since the beginning of February between HTS, the FSA and the SNC. “These deliberations aim to merge the Interim Government and the Government of Salvation into one government to manage the affairs of the opposition-held areas in northwestern Syria,” the source said. “Talks also focused on efforts to unite the ranks of armed factions in northern Syria under one structure to be agreed upon.”

The source added, “These are efforts exerted by Turkey to contain HTS and its Government of Salvation. These efforts aim to put an end to HTS peacefully, by pushing it to disband and join the FSA, and to create one civil administration for the opposition-held areas.”

Ziad Nanaa, Interim Government secretary, told Al-Monitor, “We have moved most of the offices and departments of the Interim Government in Idlib and the western countryside of Aleppo to the town of Izzaz, in the northern countryside of Aleppo, since Feb. 1. This started when HTS deployed in this area. We will keep working after Hatab’s resignation. We expect the National Coalition to choose a new prime minister.”

Mohammed Yasin Najjar, the Interim Government's minister of communications, transport and industry, told Al-Monitor, “The Interim Government is at a crossroads. It must have clear discussions with the Friends of [Syria]. Are they serious about supporting a true interim government?”

He continued, “The Interim Government needs a competent national staff and appropriate financial support. A national consensus on this government is needed among the military opposition institutions, local and political councils and organizations so as to be able to assume its governmental tasks. An international consensus on supporting the Interim Governments is all the more needed.”

Najjar noted that the Interim Government has faced several hurdles since its establishment in 2013, including the lack of adequate political support and the scarcity of financial support at certain periods. “Its activities conflicted with those of influential military forces and some organizations and councils in FSA-controlled areas,” he said.